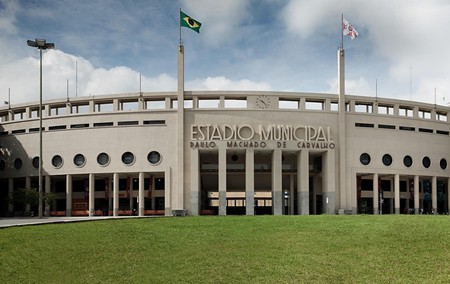 To millions of Brazilians, soccer is more than just a sport, it’s a way of life. As the country’s most popular sport by quite some distance, Brazil lives and breathes the beautiful game, known here as futebol (foo-chee-bawl). If you’re looking for the best way to experience Brazil’s soccer culture, it is a good idea to come to São Paulo – the country’s largest city. As well as being home to three of Brazil’s biggest clubs, it is also where you’ll find the Museu do Futebol, or Soccer Museum, a shrine for fans of the sport.

Housed inside the super traditional Pacaembu Stadium close to the center of the city, the museum has 15 different rooms with fascinating interactive exhibits, each one helping to tell the story of football in Brazil and just why it is so important to the country’s culture.

Even before stepping inside the museum, a visit to the Pacaembu Stadium is worthwhile on its own. Built in 1940, it is one of Brazil’s oldest soccer stadiums and has been well conserved, maintaining its traditional charm, still hosting matches to this day. The Pacaembu was even one of the venues for the 1950 World Cup, with the only major structural changes since then being the removal of an acoustical shell at one end, it’s been replaced with a standalone grandstand.

Due to its position in the city, the Pacaembu is arguably the most beautiful place to watch football, with the skyline of the city’s north zone and the buildings of Paulista Avenue all being visible on clear days.

The Museum itself is open Tuesday to Sunday (though it is closed on matchdays, so check the website beforehand!) and includes a brief tour of the stadium as well as the superb exhibits themselves.

The highlight of the Museum is, without a doubt, the Sala das Copas do Mundo, a large multimedia exhibit with individual sections devoted to each edition of the soccer World Cup, from 1930 to 2014. Each display includes information, videos, photographs and trivia about the tournaments themselves, as well as a bit of background history on what was happening in the world at the time, all displayed on television screens arranged around large pillars, one for each World Cup. 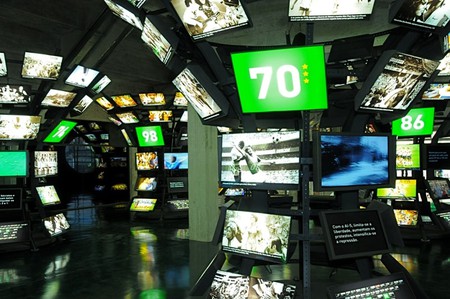 The 1950 World Cup holds special significance for all Brazilian soccer fans as one of the country’s most painful sporting memories. With the tournament hosted in Brazil and the home nation playing superbly, they seemed guaranteed to win the trophy for the first time in their history. In the decisive last match in the Maracanã stadium in Rio de Janeiro, Brazil just needed to tie with neighbors Uruguay in order to be crowned champions. In front of over 170,000 fans, the home team took the lead but eventually lost the match 2-1. At the Museu do Futebol, there is a permanent exhibit to commemorate that fateful match (known as the Maracanazo), playing the radio commentary from the game and showing the almost complete silence of the Maracanã as Uruguay scored their second goal. 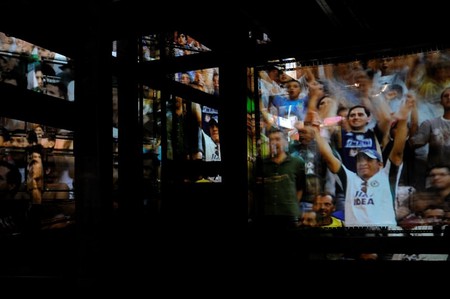 Another favorite exhibit is the Sala de Exaltação (Exaltation Room), deep in the bowels of the stadium, which pays tribute to Brazilian soccer fans and their incredible noise and matchday atmosphere. With large projections of fans from Brazil’s biggest clubs and the deafening sound of their songs, clapping and drums, this is the closest you can get to the atmosphere of a Brazilian soccer match without going in person.

While the museum experience is largely visual and sensorial, some of the exhibits are only in Portuguese with few translated into English. What’s more, the guided tours run by the museum staff are exclusively in Portuguese. Independent English tours are available if you’d like to get a bit more context. 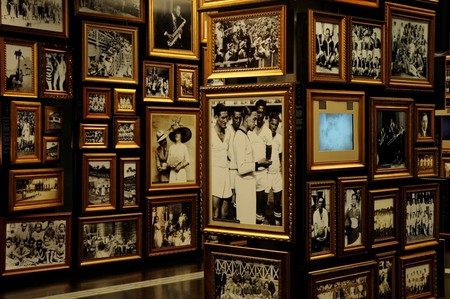 As mentioned previously, the museum is open from Tuesday to Sunday (except when the Pacaembu is hosting matches) and tickets, which can be bought at the entrance, cost R$ 10 (approximately $3). Tuesday, Thursday, Friday and Saturday are the best days to visit, on account of the food market hosted in the square opposite the stadium.