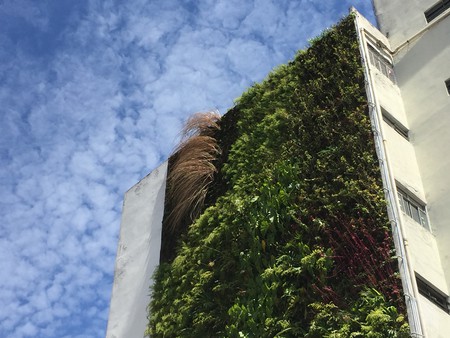 From Barcelona to Nanjing, architects around the world are fighting the effects of urbanisation by transforming unused real estate into lush vertical gardens. Brazil’s industrial capital, São Paulo, is the latest major city to invest in ‘environmental compensation’ and the results are impressive.

There have been a myriad different approaches to combatting uninspiring grey, concrete facades and unsustainable, life-threatening air pollution, from Manhattan’s High Line to Barcelona’s local government pledging to create 54 new green spaces and plant 200,000 more trees across the city.

The World Health Organisation recommends 12m2 of green area per capita. Compared to São Paulo (2,8m2), even a concrete jungle like London (35m2) is a veritable oasis. With more than 11 million inhabitants, São Paulo is a very dense urban area, with very little space for greenery. 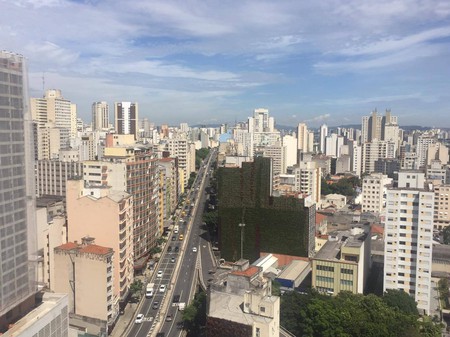 ‘We started as a manifesto to occupy blind façades with vertical gardens and turn big cities into nicer, more liveable places,’ says Guil Blanche, founder of M.90º, the landscape studio leading São Paulo’s green revolution. ‘Through vertical gardens, we found a way to transform the urban landscape and bring more green to the city, which is abundant in dense urban areas.

M.90º began dedicating itself to the transformation of the centre of São Paulo in 2013, in the region around an elevated highway known as Minhocão (which means big worm in English), reducing the environmental impact of the 300,000 cars which pass over it every day.

‘We decided to transform the reality of the people who, according to studies, have a life expectancy 15 years lower than the Brazilian average.’ Since 2015, M.90º has created 10 vertical gardens across the city, using 62.5 tonnes of recycled waste and reducing the amount of CO2 in São Paulo’s air by 16 tonnes. 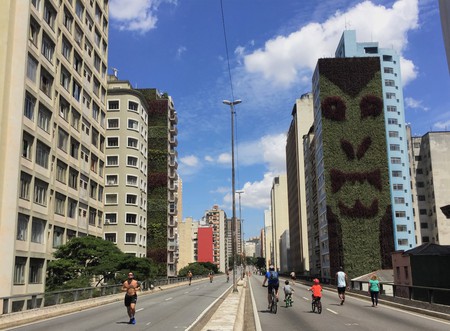 This is just the beginning and M.90º has four vertical gardens under construction. ‘According to our experience, a team of six people can build a 600m2 vertical garden in approximately 30 days,’ explains Blanche. ‘For the 10,950m2 vertical gardens of the Green Corridor at Avenida 23 de Maio, it took us four months of non-stop work.’

According to M.90º there’s potential to build 280,000 m2 of green space in one year without occupying any space on the ground – an incredible proposition which is already improving living standards in one of the world’s largest metropolises.

‘According to our studies, São Paulo has numerous urban roads that could be turned into green corridors,’ says Blanche. ‘We want to take vertical gardens to the city’s main avenues, which could benefit from the environmental effects and at the same time transform the very aggressive urban landscape in São Paulo.’