Top Photographers From São Paulo You Need to Know 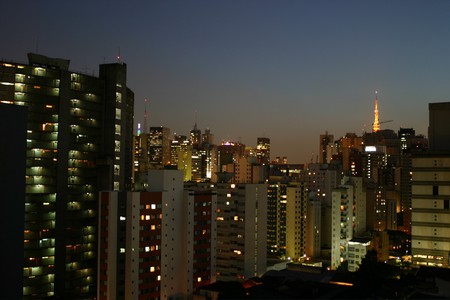 São Paulo, Brazil’s largest city and one of Latin America’s truly cosmopolitan metropolises, has always influenced creativity in its many forms. The city has gorgeous architecture, some of the country’s best art museums and a thriving music scene, but its harsh concrete landscapes and massive population have also inspired some truly breathtaking photography. Here are some of the best examples, past and present, of photographers from São Paulo.

Born in São Paulo in 1954, Bob Wolfenson is a world-renowned photographer who has worked for a number of legendary publications. He is best known for his work with Playboy, where he photographed some of the most famous women in Brazil in artistic, sophisticated pictorials which are still talked about today.

Claudio Edinger is one of Brazil’s greatest fine art photographers. Born in Rio de Janeiro, he moved to São Paulo at a young age and maintains that his soul lives in the city. He is most famous for his exhibition on the Martinelli Building, one of the most lavish and exclusive apartment buildings in the historic center, which had fallen into decay and became a vertical slum. Not long after Edinger’s exhibition, the Martinelli Building was renovated and returned to its former splendor. Today, he produces striking photos of the city, often using drones to capture São Paulo’s incredible scale.

Another example of a São Paulo photographer who was born outside of the city, Farkas is from Hungary, moving to São Paulo with his family when he was a child. One of the most important Brazilian photographers of modern times, Farkas captured several iconic moments in Brazilian history during the 20th century, such as the construction of the capital city of Brasilia in the 1950s. He was one of the best examples of modern Brazilian photography, incorporating abstract and surreal elements into his work. Farkas died in 2011. 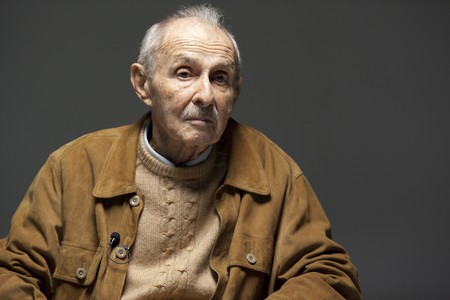 Covering several editions of the World Cup and Olympic Games, Pedro Martinelli is one of the most influential photojournalists alive today. Inspired by an expedition he took in the 1970s, he established first contact with the indigenous Panará tribe and dedicated the rest of his career to photographing human life in Brazil’s expansive Amazon region, publishing a number of superb works on the subject.

Along with the aforementioned Thomaz Farkas, German Lorca was a member of the influential Fato Cine Clube Bandeirantes, a group of visual artists in São Paulo who revolutionized Brazilian photography, kickstarting the modernist photography movement in the country. He is best known for his striking pictures of everyday life in São Paulo, such as “A procura de emprego” (Looking For a Job). 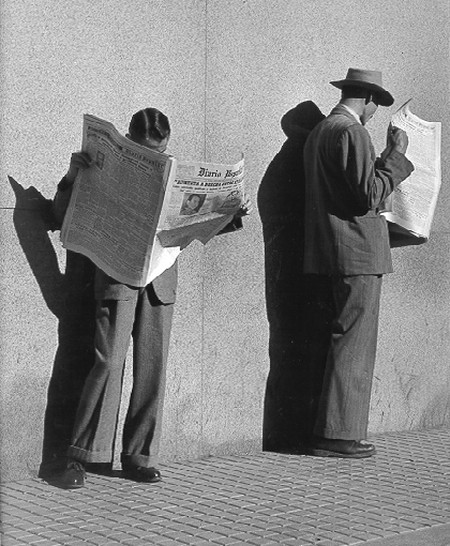 A procura de emprego (Looking For A Job) | German Lorca

One of the newest names in urban photography in São Paulo, Urch has produced a number of fascinating projects based on the diversity and energy of São Paulo’s streets. He makes full use of the wide selection of technology available to contemporary photographers, producing some incredible shots using smartphones. One of his most famous projects is entitled “Babilônia 011″, which is an exciting study of the hectic life on the streets of São Paulo’s historic center.

Another of the new generation of São Paulo photographers, Morozini has a deep connection with his home city which shows in his work. He became famous when he organized a visual project called “Jardim Suspenso da Babilônia” (Hanging Gardens of Babylon), in which he and a number of volunteers painted hundreds of flowers on one of the city’s large flyovers, the much-maligned Minhocão (Big Worm), which is used as the subject of much of his photography projects.