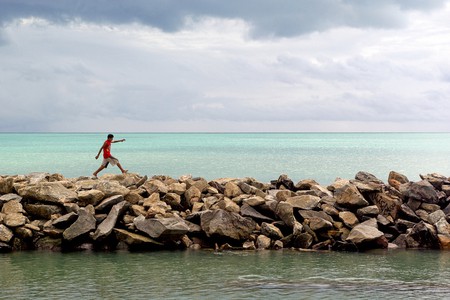 Fortaleza is a classic Brazilian city with gorgeous beaches and a thriving nightlife. It’s also a place where tourists should take a few tips to keep safe both on the sand and in the bars. Here are our top 10 ways to stay safe in Fortaleza.

Know where to go

Often tourists get so focused on seeing the sights they never add into their phones the numbers of the local police, nor do they know their location. Take a moment to bookmark the address and try to have a general idea of where it is (in the event your phone is stolen). The Delegacia do Turista is worth knowing in Fortaleza, and is located at Avenida Historiador Raimundo Girao 805. They speak some English but be prepared to use a translation app if it’s an option. 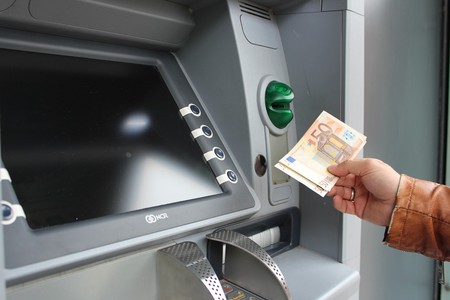 It’s tempting to head to the ATM every few days when you’ve spent all that dough on souvenirs, delicious Brazilian food and tasty caipirinhas. But planning ahead to budget your cash and make fewer ATM withdrawals will make you less vulnerable to card theft. Not to mention, you’ll probably spend less money overall if you stick to your budget. Perhaps use that extra cash for a souvenir splurge just for you.

Heed the locals and your hotel concierge

Most hotels will be happy to give you a free map to the neighborhood and point out local sights to see. Take their free advice one step further and ask about areas you should not visit. Listen to their advice and heed it; there’s no need to put yourself in danger for the sake of sight seeing. If a neighborhood is deemed dangerous, then let it be and find out other gems throughout the location. 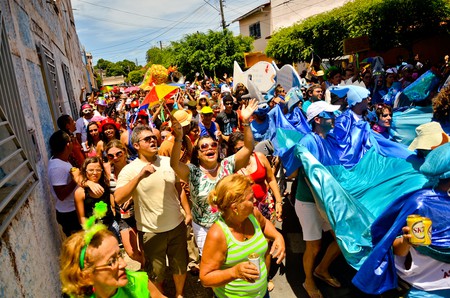 Brazil’s most famous party, Carnival, is definitely a blast, but it is also a time when travelers are especially vulnerable to pickpocketing and other crimes. With all the street parties, late night (and early morning) bashes, and the crowds of revelers, it’s even easier for your purse, phone or wallet to go missing in the rush. Take particular care during Carnival to only take what you need with you and keep track of your items. That may mean putting your wallet in your front pocket instead of your usual back pocket, or downsizing your purse for something less attention-grabbing.

Be wary in the city center and on the beaches

Petty crimes are just as likely to happen in the city center of Fortaleza as on the beaches. There are often groups of teenagers (often mostly male) roaming through the streets and down the beaches to create a snatch and grab situation, where they’ll take anything from your bag to the necklace right off of you. Be discreet, and don’t wear any showy jewelry to make yourself less of a target. 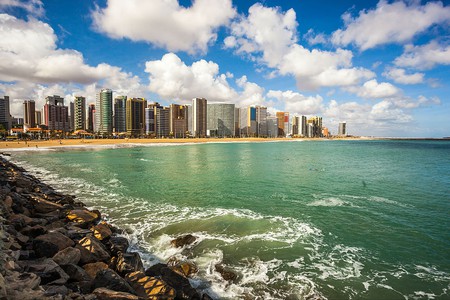 Praia do Futuro is an easy target

Tourists frequent Praia do Futuro in droves, eager to take in the sun and sand at this beautiful beach. But beware, especially after a long day in the sun, because this specific beach is located next to one of Fortaleza’s notoriously dicey neighborhoods, the Serviluz favela. Aggressors often head to the bus stops in Praia do Futuro to pickpocket tourists, and the deserted areas of the beach are dangerous as well, even during the daytime.

If you’re being robbed, don’t resist

Getting robbed is obviously an awful experience, but what can make it even worse is putting up a fight. The problem with confronting your assailant is that you don’t know their physical or mental state, or whether they are armed. Often the best call is to hand over whatever they are asking for and let them go. Then immediately go to the nearest police station to file a report. Try to take in details of the assailant to help describe them to police. One other measure that some tourists have taken is to carry an extra wallet with fake IDs and credit cards and to keep their actual wallet hidden. 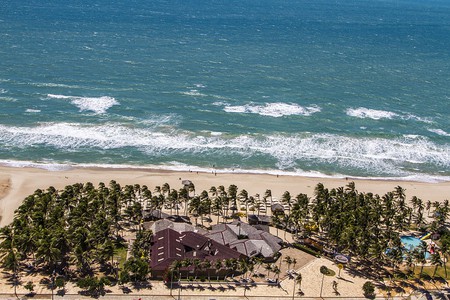 Fortaleza is a well-known city for tourist prostitution. Men in particular are often the victim of drugging and robbing crimes by prostitutes, often using a sleeping pill to knock the guys out (unless they’ve passed out as a result of their own alcohol and drug consumption). Many hotels and residence buildings have a registry of late night arrivals, or at least security cameras that can catch a glimpse of the perpetrator. Get these details and then go to the police. Move fast, though, because the stolen cash and items will disappear fast.

Though Uber and Lyft have become the preferred mode of travel for many tourists, there may be a time when you want to or may have to use a taxi. Do not get in any unmarked taxis, especially if someone has solicited a ride for you. Check with your hotel to identify the official registered taxi companies in the city and stick only with them to avoid any hidden charges or unpleasant rides. 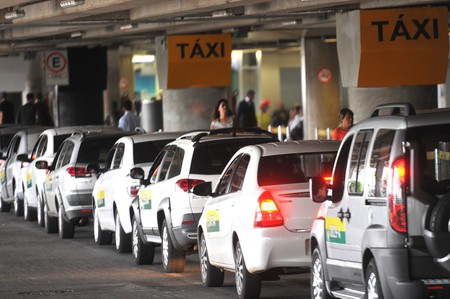 Be cautious with street food

Being adventurous with new foods is an exciting part of travel, but beware of street food in Fortaleza, particularly meat and seafood. To avoid any unpleasant culinary experiences, only eat from established stands, preferably ones that a local or a hotel has recommended. Be sure to watch them prepare and cook the food to make sure it hasn’t been sitting out all afternoon. Your stomach will thank you for the extra care you take.