Top 10 Things to See and Do in Praia do Futuro 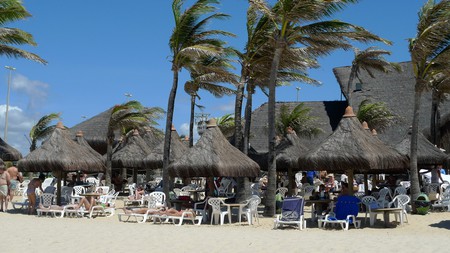 Praia do Futuro is an eight-kilometre (five-mile) straight strip of pristine beach running north to south on the eastern shore of Fortaleza. It is one of the great draws of the city, and a popular family hangout for both locals and visitors. Take a look at our top tips on how to make the most of a trip to the seaside.

Prepare for the Crowds

Praia do Futuro is a huge beach that rolls out for as far as you can see in both directions, but it is one of the city’s most popular seaside spots, so on the weekends and on holidays, it gets very busy, despite its size. It sometimes feels as if most of Fortaleza’s families are descending alongside you. 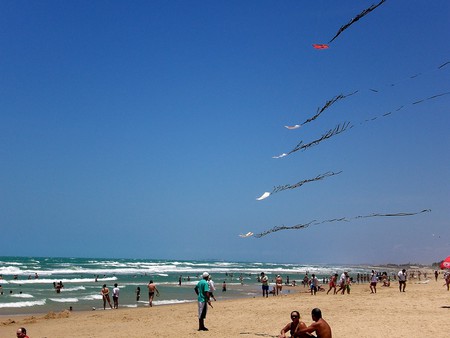 The mega-barracas along the beach are supersized restaurant complexes designed to let the children run wild. They have tables and chairs on the sand, toilets, showers, lockers, kids’ pools and water slides. Three of the best and most popular are Crocobeach, Itapariká and Chico do Caranguejo. They often have live music in the afternoons and evenings.

There is no need to take more than the bare essentials to the beach in Fortaleza; you just need some cash, your phone, suncream, a hat and a canga (sarong). Keep an eye on your belongings when beach vendors approach you, and always leave your things with a friend when you go into the sea.

The beach gets a direct hit from the open Atlantic, so large waves often roll into the beach, making for some great city surfing. Schools, such as the highly recommended PF Surf School, rent boards and equipment as well as giving lessons and short courses.

Praia do Futuro has been home to a number of national volleyball and beach tennis competitions, which are always worth stopping to watch. Some of the barracas along the shoreline have their own nets that you can play on, either by asking to join in with others or jumping on if they are free.

Dip in the Natural Pools

When the tide goes out, the sea leaves shallow pools of water that warm up and are perfect for paddling in. There’s a great area to do this in front of Vila Galé, a good restaurant with wooden beach chairs for rent, and at many other spots along the beach.

Strong riptides and currents can pass by the beach and, at times, the waves will be strong enough to knock you off your feet. Don’t be afraid to take a dip to cool off, but don’t go out of your depth, pay attention to the lifeguards and take care of yourself and your children.

Crab, or siri or caranguejo in Portuguese, is plentiful in Fortaleza. It is on the menu on restaurants along the Praia do Futuro, usually served with farofa, hot sauce and a squeeze of lime. On Thursday nights at Barraca Chico do Caranguejo it’s the speciality dish, and is accompanied by traditional Brazilian forró music.

Guarderia Brasil, an upmarket barraca bar, is channeling the Balearic bar vibe at its 400-capacity restaurant and lounge under the palms. Fortaleza’s young and beautiful flock to hear the DJs on Saturday, sipping cocktails or sparkling wine on the loungers as the sun goes down. Praia Brasil is smaller but also pulls the fun, cocktail-drinking crowd.

A post shared by Guarderia Brasil (@guarderiabrasiloficial) on May 6, 2017 at 5:02am PDT

Arrive and Leave by Taxi

There are a few favelas close to Praia do Futuro and beachgoers have been targeted in the past. Don’t go walking around the neighbourhood, particularly at night, but rather come and go by taxi. The drivers know the beach clubs well and are easy to come by.