Top 10 Things To See And Do In Ilha Grande, Rio De Janeiro 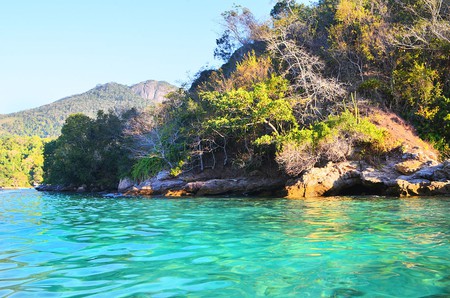 Ilha Grande – or Big Island – is Rio’s nearby tropical retreat. It is a 30-minute bus trip from Angra dos Reis, a small coastal town about 150 kilometres away from Copacabana in Rio de Janeiro. The island is defined by white sandy beaches, crystal clear waters, forest trails, and a distinct lack of cars and roads. In short, it is a slice of Brazilian paradise. Here are the top 10 things to do in Ilha Grande.

Considered one of the most beautiful beaches in Brazil, Lopes Mendes is a must-see. The white sandy beach is long and wide, flanked one side by a crystal clear sea and the other by a row of tropical palm trees. To get there, take a boat to Pouso where you need to trek through the forest for 20 minutes (it’s relatively flat and easy) before arriving at the beach. The waves there are popular among surfers and the crowd-free sand is a hit with sunbathers. 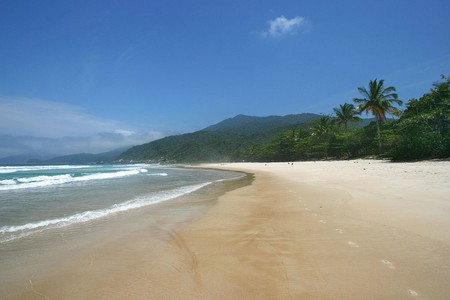 Ilha Grande holds a dark secret – it was home to the Candido Mendes, a high-security prison for some of Brazil’s most dangerous criminals. Stories include the escape of one of the country’s most notorious drug lords, known as Escadinha, who broke out after he was rescued by helicopter. For decades it kept the inmates away from the mainland until it closed in 1994 and the criminals were released or re-imprisoned elsewhere. It can be visited by following the trail from the Vila de Dois Rios.

The hike to the Vila de Dois Rios is about 16 kilometres there and back from Abraao, the main hub of Ilha Grande. The trek is relatively easy and flat and involves forest trails and a gorgeous wild beach that remains unspoilt by tourism. The small village has a few simple restaurants and is nearby to the Candido Mendes prison. The mix of abandoned houses and the local ghost stories of the prison’s inmates adds a spooky vibe. 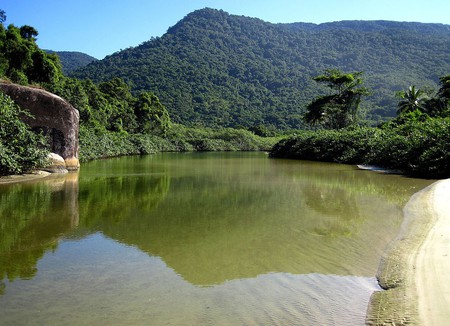 Go diving in the marine-rich waters

Divers who love marine life rather than wreck-diving will be in their element in Ilha Grande. There are several places in the main tourist area where you can hire scuba diving equipment and the experienced divers there are full of great tips and recommendations of the best spots to dive. Some of the most popular spots among divers include the Ilha de Jorge Grego in front of Lopes Mendes beach, Gruta do Acaia, and Ilha das Palmas.

Being an island surrounded by fertile, tropical waters, it’s hardly surprising that the best food on the island is seafood. Menu highlights across the island include freshly caught oysters and a variety of seafood casseroles. The best place to eat is at Abraão and restaurants such as O Pescador, Bar e Restaurante Lua e Mar, and Steak ‘n Beach are among the best.

Lagoa Azul is located at the extreme north of the island. It is known for its crystalline waters that provide one of the best spots on the island for snorkeling. Expect to get up close and personal with large shoals of colourful fish, coral reefs, and the occasional squid and sea turtle. After a day of snorkeling, head to the boat restaurant there for fresh seafood and homemade caipirinhas.

A relatively easy hike away from the main port of Abraão, stands a 15-metre high waterfall surrounded by the Atlantic forest. Known as the Cachoeira de Feiticeira waterfall, visitors will also be rewarded by the Feiticeira beach nearby, an untouched crescent of white sand and calm waters. Take a shower under the cooling cascades or take a dip in the pool in front.

Hike to the top of Pico do Papagaio

Pico do Papagaio is the second highest peak on the island, standing at 980 metres high. The hike up takes approximately three hours and is quite challenging. However, the views from the top are sensational and look out over the entire island. Due to its challenging nature, it’s best to do this trek in a group. 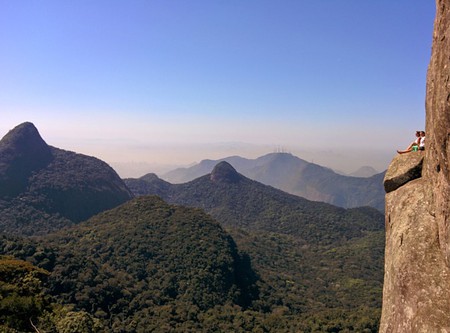 Drink and dance with the locals

What the island lacks in nightclubs and dance halls, it makes up for with cosy local bars and a great, community atmosphere. Locals join together to drink chilled beers at the bars across the island, yet the most animated spot is at Abraão where tourists and locals mingle. The weekends involve live samba and forró, a Brazilian music genre from the northeast of the country, with plenty of singing, clapping, and dancing.

Take a boat trip around the island

Taking a boat trip around the island will allow you to visit some of the island’s most beautiful and untouched beaches. The most popular options are trips on a schooner or a smaller speedboat. The boats can be hired out privately to explore the island and the surrounding area with drinks and food aboard the boat in the afternoon. Most also provide snorkeling equipment to check out the tropical fish and coral reefs that bloom near to the shore.