Top 10 Things to See and Do in Buzios, Rio De Janeiro 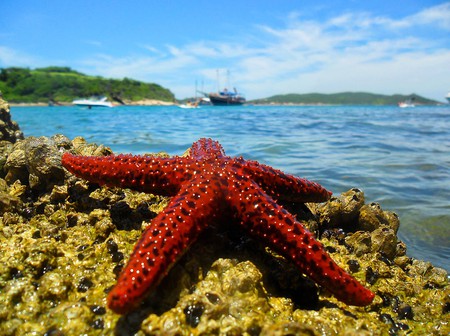 A former peaceful fisherman’s village in the southeast of Brazil, Buzios became Rio de Janeiro’s fanciest and liveliest coastal town after a visit by Brigitte Bardot and her Brazilian boyfriend put it on the map. Buzios is a collection of three small towns—Ossos, Manguinhos and Armação de Búzios—known for their animated nightlife, gorgeous beaches, and turquoise waters. Here are the best things to see and do in Buzios.

Party till dawn at Privilege

Under the same ownership as Privilege Ibiza, Privilege Buzios is one of the most animated and sought-out party spots in the region. Its spacious ambiance is spread over two floors, and four bars cater for the club’s there-to-be-seen crowd. Its location on the Orla Bardot waterfront coupled with the thump of deep house music set the scene for a great night out.

Laze the day away at Rocka Beach Lounge

This casual seafood restaurant clings to the hillside and overlooks Praia Brava beach. Serving fresh and varied seafood dishes, Rocka is the spot to go to eat good food and sip on smooth caipirinhas. The lounge chairs and beds scattered out on the terrace encourage visitors to retreat for a lie down after a wholesome meal and spend the afternoon chatting and watching the world drift by.

Known for its calm seas and pristine beaches, Praia da Tartaruga is an ideal place for snorkeling, and one of the best places in Buzios to catch a glimpse of a sea turtle. The seafront kiosks provide simple snacks, chilled beers, and strong caipirinhas for a leisurely day at the beach, but be sure to stay until the end of the day—Praia da Tartaruga beach offers an unbeatable spot to see one of Buzio’s best sunsets. 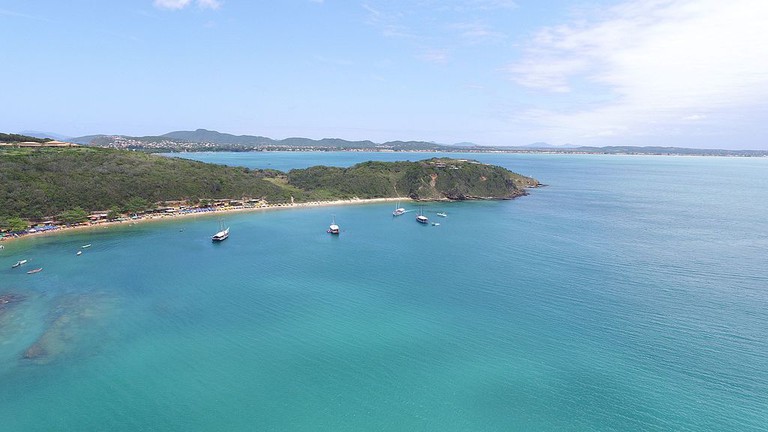 Be entertained on Rua das Pedras

The long cobblestone street of Rua das Pedras adds a European feel to Buzios, as a reminder of the past Portuguese colonization. It’s the main eating, drinking, shopping, and entertainment hub of Buzios, where people go to buy branded beachwear, or meet in the evening to drink cocktails and mingle. During the week it remains relatively peaceful, yet on the weekends or during holiday season expect the area to get crowded.

In the Manguinhos part of Buzios, the most visited spot is Porto da Barra, a waterfront district made up of over a dozen bars and restaurants. The port is beautifully designed with exotic décor, and the selection of great food and a buzzing atmosphere create a wonderful setting to eat and drink. Go there at the end of the day for a romantic date night enhanced by the stunning sunset.

One of the most scenic spots in Buzios is the Orla Bardot, a seafront walk that follows the region’s stunning coast and makes for a pleasant afternoon stroll. At the end of the walkway is the statue of the famous French actress, Brigitte Bardot, sculpted by Christina Motta. Bardot was credited for placing Buzios in the spotlight as a popular holiday destination, leading to Buzio’s comparison as Brazil’s St. Tropez. A statue was made in her honor and is an important local landmark. 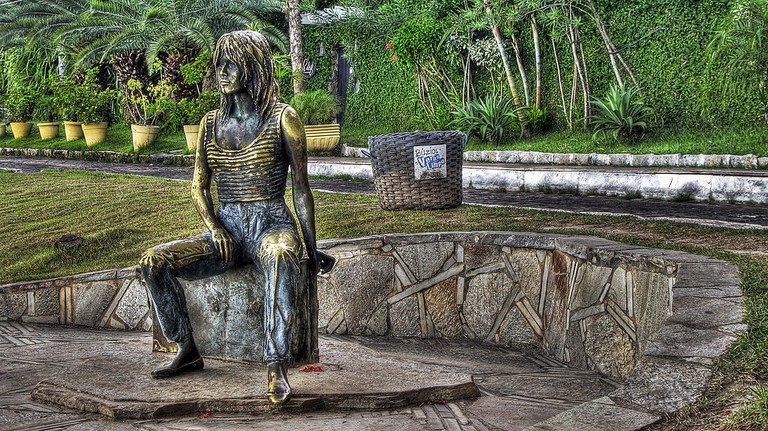 Located on the top of a hill above the Praia dos Ossos beach, this quaint church dates back to the 1700s. The colonial architecture brings a reminder of the past Portuguese settlers and has been well-preserved over the centuries. Mass is held there every Saturday afternoon, but for those who don’t wish to go inside can simply enjoy the beautiful surroundings. Later in the evening, it makes a great viewpoint for the sunset.

Marvel at the red sand at Praia do Forno

Praia do Forno is a well-preserved beach with coarse red sand, and plenty of intriguing coves and rock pools that are best explored with a snorkel. The beach bar at the top of Praia do Forno beach offers a pleasant venue for a few cooling drinks and some satisfying Brazilian beach snacks. 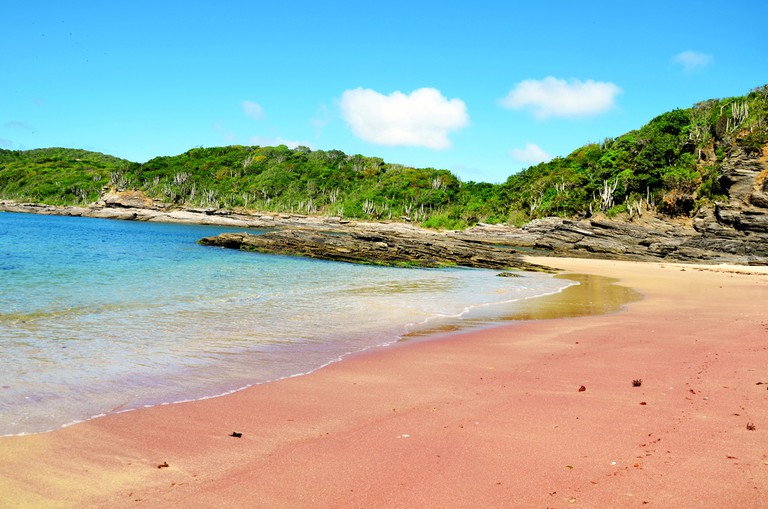 There are over 20 beaches at Buzios, and lots of untouched islands nearby that can’t be accessed by car. The best way to visit them is to take a boat trip that spends half a day navigating around Buzios’ finest beaches and islands. Each stop includes a chance to swim, snorkel, and lounge on the shores before hopping back on board for an on-deck lunch and drinks.

These two beaches are joined together to make one, and are considered among the most beautiful in Brazil thanks to its turquoise waters and white sands. It’s best to get there early to pick out a good spot and grab a beach umbrella—being only 650 feet (200m) long means that it can get quite crowded quickly, especially on the weekends.