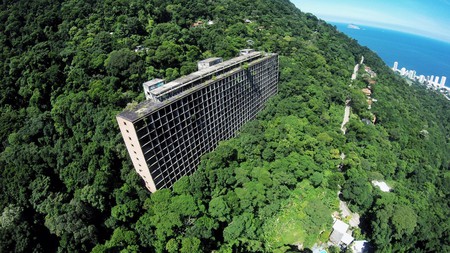 Amongst the dense vegetation of the Atlantic Forest in Rio de Janeiro, an old hotel breaks through the canopies of palms and rainforest trees, a striking oddity against the carpet of green. This ghost hotel has been completely abandoned for the last 44 years and is known locally as the Esqueleto Hotel, or in other words, the Skeleton Hotel.

The hotel’s construction began in 1953 under the name of the Gavea Tourist Hotel in between neighborhoods Gavea and São Conrado. 19 years later, the construction work was interrupted and bankruptcy forced a total stop to the works. The building was left abandoned in the middle of the forest, a 16-floor skeleton of what promised to be a unique hotel. 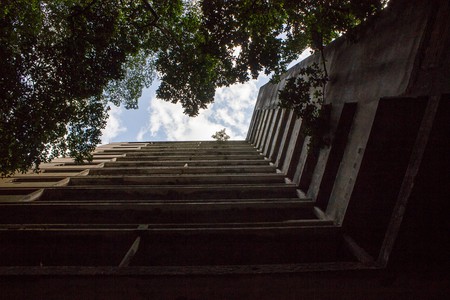 The hotel has 16 floors | © Diogo Vasconcellos

With no elevator having ever been installed, it’s a long flight of stairs to the top. 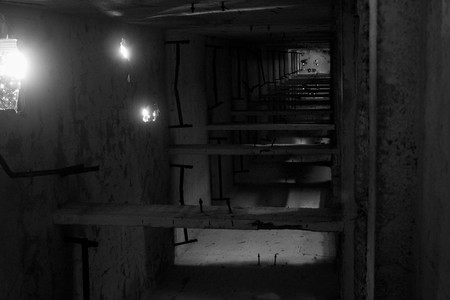 Looking up from the inside | © Diogo Vasconcellos

And without any barriers or handrails, the stairway remains exposed and bare, requiring a good balance and a strong stomach to walk the flight up to the top. 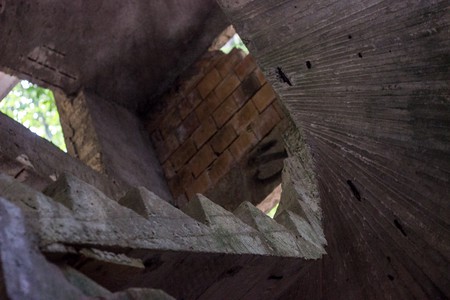 The open stairway to the top | © Diogo Vasconcellos

However, the views from the top are beautiful — just be careful to not look down! 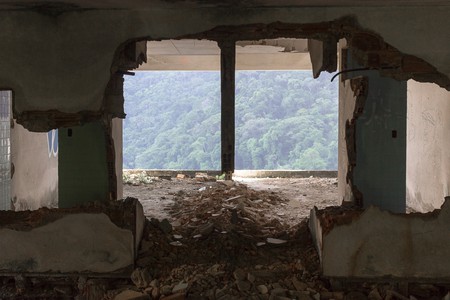 An open window at the top | © Diogo Vasconcellos

Deserted and in the thicket of a rainforest, the Skeleton Hotel eventually became home to the moradores na rua (street dwellers) and later, a shelter for criminals who even hid weapons stolen from the army in there. Nowadays, it attracts curious and adventurous locals each weekend looking to explore the remains of the hotel. The path is tricky and a highly-guarded secret, yet for those who visit, they get to feel a sense of freedom combined with stunning views across the ocean. 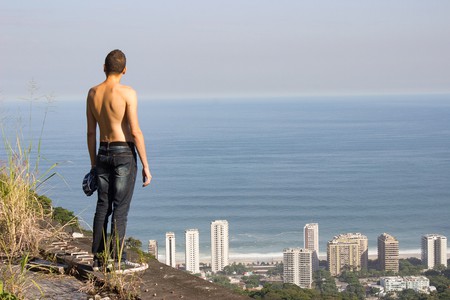 The view from the top of the abandoned hotel | © Diogo Vasconcellos 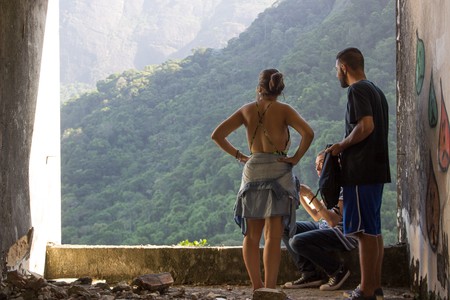 Over time, the inside has started to fall apart, carpeted with loose bricks and broken concrete pieces. Yet the structure itself stands strong despite the exposure to the elements, including the annual tropical storms and the forest creeping its way in. 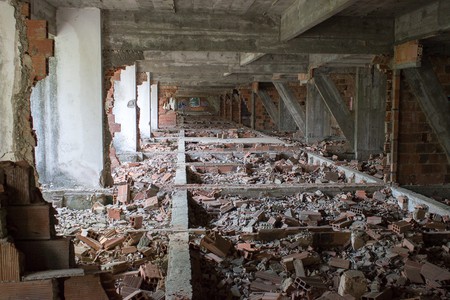 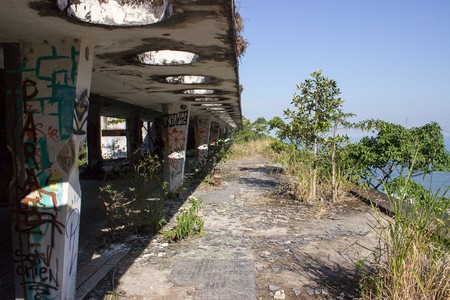 The forest making itself at home | © Diogo Vasconcellos

What would have been hotel rooms for Brazilian and international tourists are now hangout places for graffiti artists and those looking for a hike off the beaten track. 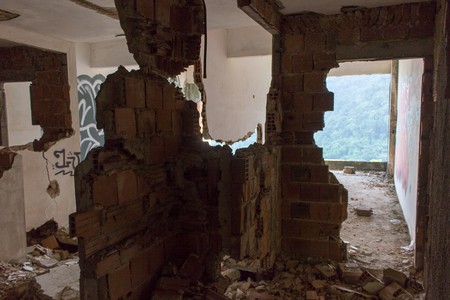 Despite its spooky name and its story as a ghost hotel, it’s becoming one of the coolest hangouts in Rio; check out this video to see why.