This is the Dress Exposing Sexual Harassment in Brazil 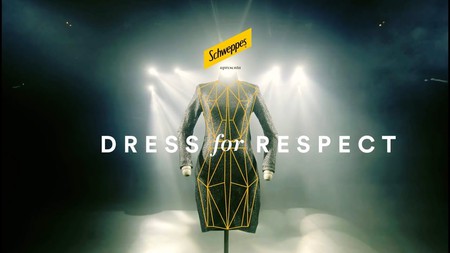 The Dress for Respect campaign by Schweppes | © Ogilvy Brazil / YouTube

A study in Brazil conducted by feminist NGO Think Olga revealed that 42% of Brazilian women have suffered from sexual harassment to some degree in their lives. In an effort to highlight these startling statistics, Schweppes collaborated with Agencia Ogilvy to launch the campaign, ‘The Dress for Respect’.

With the #MeToo movement voicing stories of harassment across the globe, statistics like these are not unique to Brazil. However, the research also narrowed in on assault women face in nightclubs and found that 86% of women in Brazil have been harassed while on a night out, stressing the culture of machismo typically associated with Latin American countries.

A new initiative of beverage brand Schweppes decided to put these figures to the test by working with advertising company Agencia Ogilvy and development technology specialist Nagib Nassif to create a dress lined with touch-sensitive sensors. They then gave three women a sensor-covered dress each to wear to a nightclub in São Paulo in order to measure how many times they were touched. The experiment was filmed and condensed into this video:

The women were subjected to repeated harassment from male club-goers, with one man calling one of the women ‘annoying’ for not wanting to engage with him. Overall, the three women were in the club for a total of three hours and 47 minutes. Within that time period, they were touched a total of 157 times or, in other words, 52 times per woman. That equates to 40 times per hour between the three women.

The experiment isn’t without flaws. It’s not clear how sensitive the sensors are and if they are able to distinguish between deliberate grabs and accidental bumps expected from a crowded nightclub. However, the video raises important and valid questions that need to be addressed in terms of consent and respect.

The video has already gone viral and has had nearly 300,000 views on YouTube. Schweppes hopes it will generate a social awareness of the realities that women in Brazil and around the world face on a daily basis.