These Countries Are Banding Together to Protect Iguazu Falls 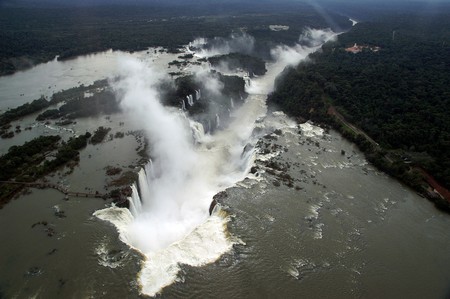 The Iguazu Gap from above | © monikawl999 / Pixabay

One of the most heart-palpitating natural wonders of the world is so gorgeous that it’s only fitting that more than one country can stake claim to it. Iguazu Falls is located near the central meeting point of Brazil, Argentina, and Paraguay, with a river basin that runs along all three borders. Thus, three countries are responsible for the wellbeing of this area, and they are uniting through a cohesive agreement to protect the stunning waterfalls from the effects of climate change. 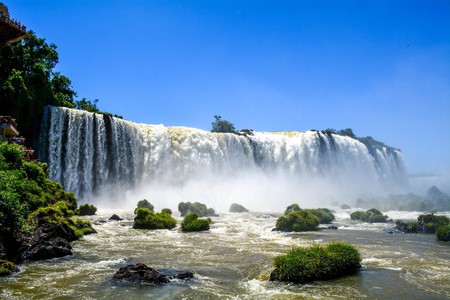 The borders of this area are all carved out by water from the falls. The Parana River runs south to split Brazil and Paraguay, then crosses the west-flowing Iguazu River that divides Brazil and Argentina. Three cities – Foz de Iguacu in Brazil, Ciudad del Este in Paraguay, and Puerto Iguazú in Argentina – all benefit from the region. Through the new “Triangle City Cooperation,” the cities are coming together to develop both short- and long-term plans to defend and protect the area against, essentially, ourselves and the impending detrimental effects of climate change.

Although the area is shared between multiple South American countries, the concern for the site’s wellbeing reaches much further – both England and Canada are assisting the efforts. The International Development Research Center in Canada and the University of Leeds in England have provided backing and partnership with the Instituto Internacional Polo Iguassu (Brazil), the National University of Misiones in Argentina, and the Catholic University of Our Lady of the Assumption in Paraguay. 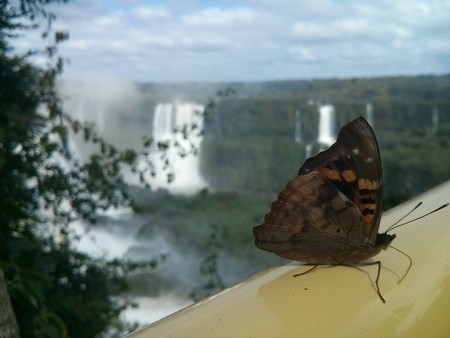 The researchers first observed the existing effects of climate change in the area, as well as the region’s vulnerability and patterns, then developed a strategy to halt and hopefully undo those detrimental effects. According to research findings, the biggest (and in some cases most obvious) cause was the increase in population, which increases environmental stress. Because the falls are a globally known tourist destination, the population has increased exponentially in the neighboring cities in all three countries – so much so that the population has actually outgrown the infrastructural plans to cope with it. This factor alone causes increases in average temperatures, which alters the natural rain cycles. Rainstorms are now consistently more extreme and cause erosion and landslides. Paraguay and Argentina are at higher risk and are feeling the worst of the effects. 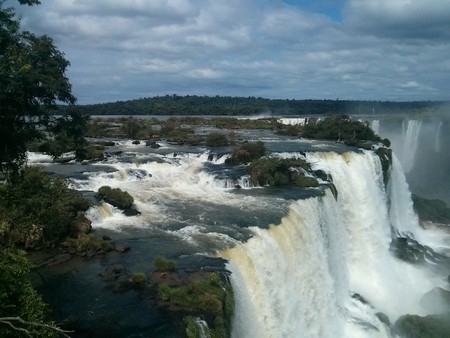 The next key step after research was action. All three cities and nations acknowledged and supported the need to act and protect the area. They began a campaign to develop resilient cities in conjunction with the United Nations, who actively support local governments in their steps to reduce disaster risk. Just recently, the three nations met on the Brazilian side of the falls, in Foz de Iguaçu, and put pen to paper, signing to create a Council of Sustainable Development. This agreement stated that the three countries and their environmental, economic, and social counterparts will continue to work together to adapt an ongoing and evolving plan as research teams continue to work in the field to understand the region. Together, they hope to implement a progressive plan for the future.

There are no changes planned for the actual site of Iguazu Falls at the moment. This means you can still visit the attraction freely, but keep in mind the importance of leaving no trace behind. Recycling, public transportation, shared rides, and more walking are all methods that can assist the protection efforts. This awe-inspiring site can be humbling – a crucial reaction if we want to protect our planet and enjoy this natural beauty for, hopefully, millennia to come.

Here are ways to access the falls from the three bordering countries.

Coming from Paraguay, you will have to cross into either Brazil or Argentina to view the falls, with the former being the simplest option. If you are coming from the capital, Asunción, you will need to make your way to the popular border town of Ciudad del Este. From Ciudad del Este, frequent minibuses and taxis ferry you over the very lackadaisical border. You then have the option to visit for the day and return to Paraguay, or move on and continue your trip through Brazil or Argentina.

All major cities in the southern portion of Brazil offer direct busses to Iguazu, but to avoid an enormously lengthy journey, the easiest hub to use is the state capital of Curitiba. From there, a comfortable 10-hour overnight bus will drop you right in the center of Foz do Iguacu, the Brazilian town adjacent to the waterfall.

If you are heading to Puerto Iguazu from within Argentina, you have two options. The most comfortable, yet most costly, choice is flying from Buenos Aires (a two-hour flight) on the low-cost domestic airlines, Aerolineas Argentinas or LATAM. The most affordable, yet lengthy, second option is to take a bus from one of the closest main cities of Buenos Aires (18 hours), Santa Fe (18 hours), or Rosario (20 hours). Try to book an overnight bus to get the most use out of the journey.