These 7 Brazilian Sports Could Be the Best Solution for Anxiety 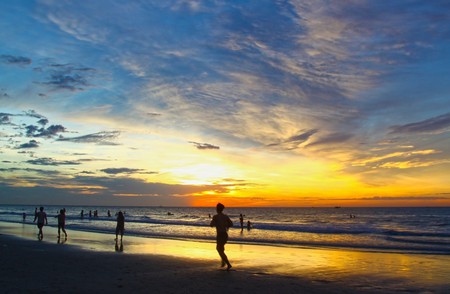 According to the Anxiety and Depression Association of America (ADAA), exercise can lessen the likelihood of developing anxiety disorders with the effect lasting up to five years. While anxiety is a serious issue and should be treated professionally by a doctor, it appears sports may offer a way of relieving symptoms. The following popular Brazilian sports could be used as part of an integrated approach to combat anxiety.

Being by the sea has a calming effect that many of us can feel. Indeed, research in one study shows that being near or even simply seeing an image of water can provide healthy benefits, such as reduced levels of stress. Surfing is an excellent way to reap the benefits of both exercising and being in the sea. It is one of the most popular sports along the coastal cities in Brazil, especially in places such as Rio de Janeiro and Fortaleza. Beginner classes are ideal for those who are newbies; advanced surfers can simply rent out a board and hit the waves in Brazil’s crystalline seas. 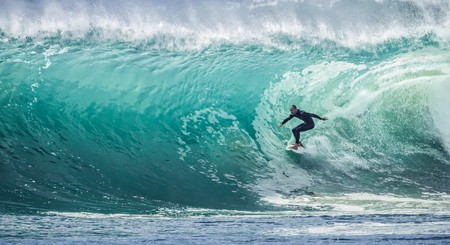 The ADAA suggested ‘vigorous exercises’ as the best way of making the most out of sports as a relief for anxiety, and samba can definitely go under that category. The series of complex footwork repeated at high speed whilst at the same time circulating the hips and maintaining a calmly composed face takes some time to get the knack of. Yet half the fun comes in trying it, and the social side of samba – including group dance classes and going to samba schools to practise – is a good diversion tactic to temporarily distract the mind from anxious thoughts.

Capoeira is a sport that is hard to define; it is a mix of martial arts, dance, and acrobatics. In capoeira, people form a ring, and they sing and play instruments to produce a trance-like sound. A pair enters the ring and performs a series of kicks, swings, and jumps whilst dodging their opponent, with the aim to present a captivating performance rather than hurting one another. It’s a sport that has a high level of social interaction, which, according to research, can help temporarily ease moments of anxiety. 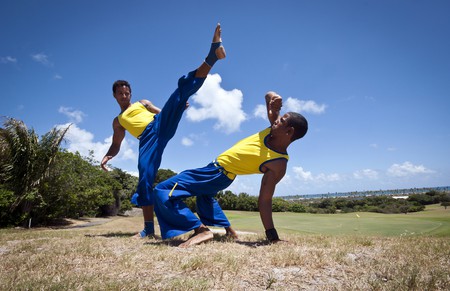 Muay Thai’s origin lies in Thailand, yet it has come to be one of the most popular martial arts in Brazil. Considered a great preparation sport for full-body combat, it is a popular training workout among UFC fighters, a sport in which Brazil is strong. Muay Thai is another sport that has a high level of social interaction, which may help anxiety disorders. It can also be immensely satisfying to take out stress in the form of a series of kicks, blows, and punches on a punch-bag.

Running is a big part of life in Brazil, especially when we think of the sport-centric lifestyle in Rio de Janeiro. The cycle paths that follow the coastline in this world-famous city are ideal tracks for a morning or after-work jog, with dozens of runners of all ages and fitness levels participating. According to information in ADAA, running can help with anxiety-related problems, as it helps build a sense of empowerment when you have an objective to work towards – such as a marathon or a local fun run – and can help control breathing, which is useful for those that suffer from panic attacks.

Football is the number one favourite sport in Brazil. It is also a good way to reduce or at least alleviate the symptoms of anxiety. Playing in a team sport can be physically demanding, and this extra exertion of energy helps release a wave of endorphins – the feel-good hormone. Football requires concentration – where the ball is, where you teammates are, where your opponents are – which can provide a welcome distraction from anxious thoughts.

A sport that focuses on multi-functional training and works out your entire body, CrossFit is a fantastic way to squeeze in a couple of hours of intense exercise per week. People practise the exercises in a group, yet individuals are encouraged to go at their own pace – the sense of camaraderie is strong, and people that do CrossFit tend to focus on their own physical goals whilst helping others around them without any judgment towards level. This social aspect can boost confidence, and the intense exercise will leave you on an endorphin high.