The Ultimate Local’s Guide to Street Parties at Rio Carnival

The official Rio de Janeiro carnival runs for about a week starting in late February or early March. During this festive time, the city pulses with hundreds of street parties as the carnival spirit happily takes over. Here are some of the events locals like to attend during Rio’s carnival.

The Sambódromo is the most important venue of carnival, as it plays host to the famous carnival parades. Here, Rio’s best samba schools present a year’s worth of preparation in a spectacular performance of extravagant costumes, jaw-dropping floats and spellbinding dances. Each school strives to be crowned winner by a panel of judges. Considered the quintessential carnival experience, the Sambódromo tends to be more popular with tourists than the locals – who prefer to go to the blocos (street parties) – yet it is one of the best spots to embrace the larger-than-life atmosphere and see what the hype is all about. 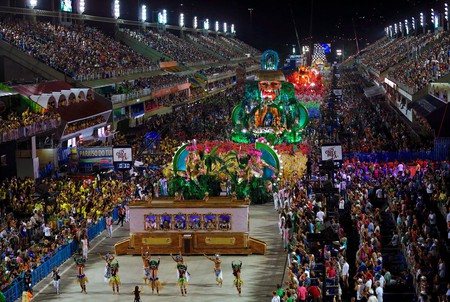 Rio’s city center (Centro) is home to some of the biggest, oldest and most popular blocos in town. Head downtown to enjoy blocos such as Cordão do Boitatá, which attracts families as well as partygoers and where costumes are highly encouraged. Pack your stamina and brace yourself for Cordão do Bola Preta, the official first-ever bloco of carnival. It is undoubtedly the largest bloco, often with 1 million people in attendance – in 2011, it attracted a massive 2.3 million people. Be sure to dress up in black-and-white polka dots for this bloco; it’s the party’s trademark pattern. 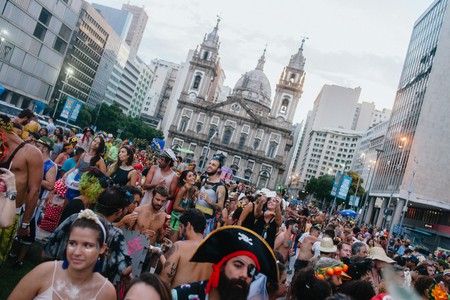 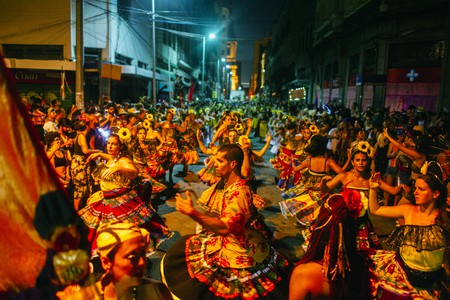 The key appeals of Santa Teresa are its bohemian vibe and artistic flair, reflected in the blocos that slowly weave through the winding streets of this captivating neighborhood. The blocos here hold a special place in many Cariocas’ (residents of Rio) hearts and it attracts a fun-loving, friendly crowd. Check out the bloco Carmelitas, which is themed around the story of a nun who allegedly jumped over the convent’s walls to join in the carnival mayhem, and has led to people wearing colored veils during the party in honor of the escaped nun. One of the most popular blocos is Céu na Terra, which uses brightly colored costumes and large puppets throughout its festivities. 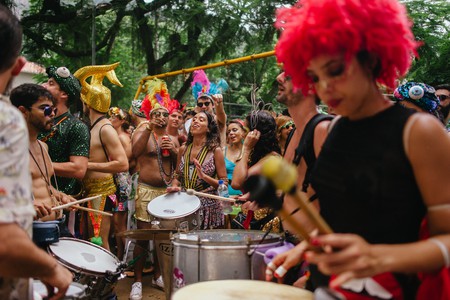 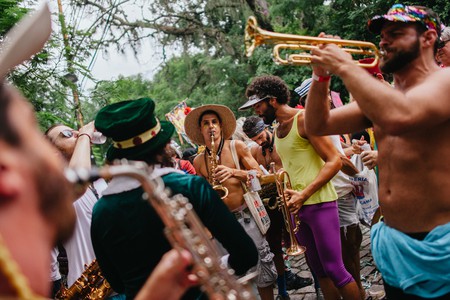 While these are two distinct neighborhoods, during carnival the two often blend together as blocos spill over from one area into the next. Banda de Ipanema stays within Ipanema, trailing the streets near the beach. It is one of the most liberal blocos with a wide-ranging mix of partygoers from families to elaborately dressed drag queens. There are dozens of other blocos in these two neighborhoods that take place every day of carnival. Two of the other biggest and most popular are Que Merda é Essa?! and Simpatia é Quase Amor – but even the small, spontaneous blocos in Ipanema and Leblon are worth attending for their fun spirit and friendly crowd.

For quieter blocos that still pack in a lively atmosphere but without the large crowds, head to the Jardim Botânico neighborhood. The blocos course through the leafy streets of the area and tend to attract a younger, much smaller crowd, offering a welcome break from the boisterous and heaving crowds in other regions of the city. There are small blocos that pop up every day and are easy to find; just listen out for the music or groups of people in fancy dress. One of the most popular in this neighborhood is Suvaco do Cristo, a low-key street party that draws in a bohemian crowd. 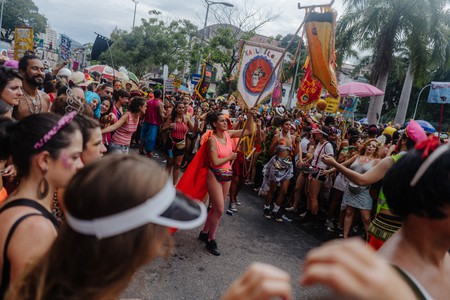 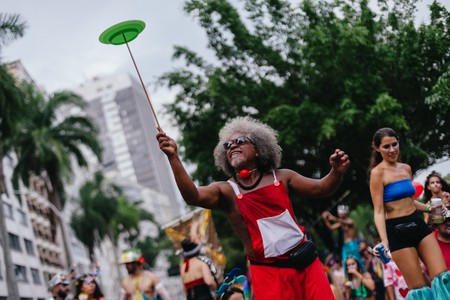