The Top Things To See And Do In Santa Teresa, Rio de Janeiro

The Selarón steps are one of the most famous tourist attractions in Rio de Janeiro. Just bordering the neighborhood of Lapa, a trip to Santa Teresa would not be complete without taking a photo on these iconic flights. The steps were designed by Chilean artist Jorge Selarón and feature intricate, brightly colored mosaic tiles. Selarón collected the steps’ tiles from the streets of Rio and then accepted additional tiles donated by visitors from all around the world; a true celebration of global unity and Brazilian energy. 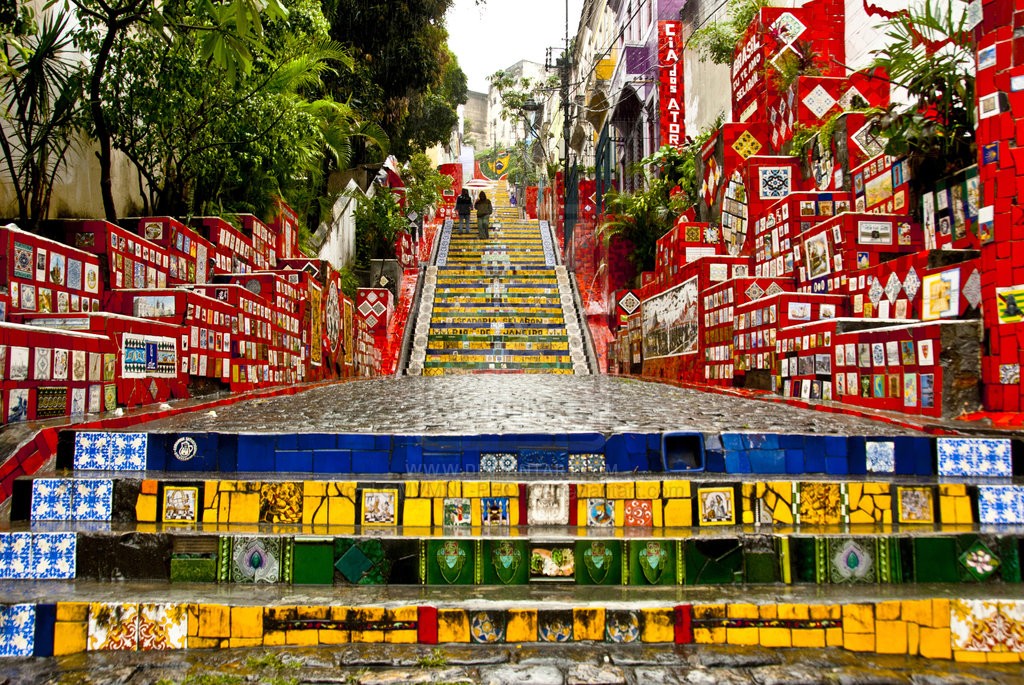 Located in the center of the Santa Teresa neighborhood, Museu da Chácara do Céu is one of Rio de Janeiro’s most comprehensive art museums. Deriving from the private art collection of the Brazilian businessman Raymundo Ottoni de de Castro Mayo, the museum features Brazilian art, European works and the Brasiliana collection, which consists of vintage Brazilian memorabilia. The museum prides itself on showing extremely private and rare pieces of art to the public, making a trip to the museum a valuable one.

Tram do Santa Teresa and Museu do Bonde

There’s no better way to get to Santa Teresa from Rio’s city center than on the tram. The historic, bright yellow tram takes passengers from the center of Rio de Janeiro up the Santa Teresa Hill and ends in the Santa Teresa neighborhood. Built in 1877, the Santa Teresa Tram is the oldest electric railway in Latin America. Visitors interested in the detailed history of the tram should visit the Museu do Bonde. 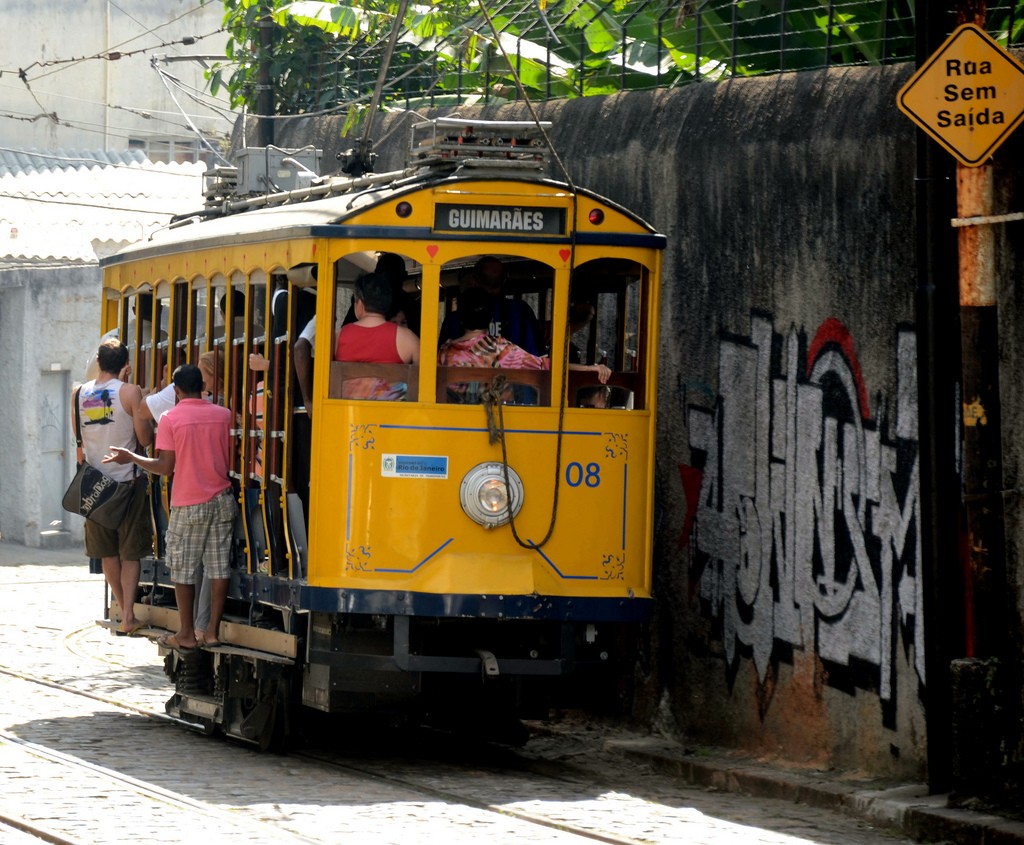 Santa Teresa’s municipal public park is located in the ruins of the old mansion belonging to Laurinda Santos, a patron who would gather artists and intellectuals for social gatherings in the early 20th century. The mansion has been partially restored and is now used as a cultural center hosting various exhibitions, events and special programs. The ruins’ grounds are also stunning. Take a walk around the old mansion, imagine some of Brazil’s finest inhabitants conversing over sophisticated topics a century ago, and enjoy the breathtaking views of Rio and Guanabara Bay.

Bar, Restaurant, Brazilian, $$$
Armazém São Thiago in Santa Teresa in Rio de Janeiro | © Armazém São Thiago
If you’re looking for something to do at night, then look no further than Armazém São Thiago, Santa’s Teresa’s trendiest restaurant and bar. Situated in a historic warehouse dating back to 1917, the bar strives to keep the location’s name and appearance alive for the sake of tradition, a value close to every Brazilian’s heart. The bar’s ambiance is old school Brazilian and feels authentic, as almost everything in it is an antique. Enjoy the historic atmosphere while drinking a Brazilian beer and chatting with a local sitting nearby.
https://www.instagram.com/p/94MEfmuFhp/?taken-by=armazemsaothiago
More Info
Open In Google Maps
26 Rua Áurea, Santa Teresa Rio de Janeiro, 20240-210, Brazil
+552122320822
View menu
Visit website
Visit Facebook page
Send an Email
Give us feedback

Although Mercado das Pulgas translates to, simply, ‘flea market,’ Mercado das Pulgas is not what it seems. Mercado das Pulgas is actually a samba celebration that happens every first and third Saturday of the month from 8pm to midnight. Entry to the party is only 10 Brazilian Reais. Visitors get to join locals and enjoy the national genre of Samba complete with local drummers, all while guzzling down cold Caiprinhas, Brazil’s national drink. There’s no better way to experience the native culture. 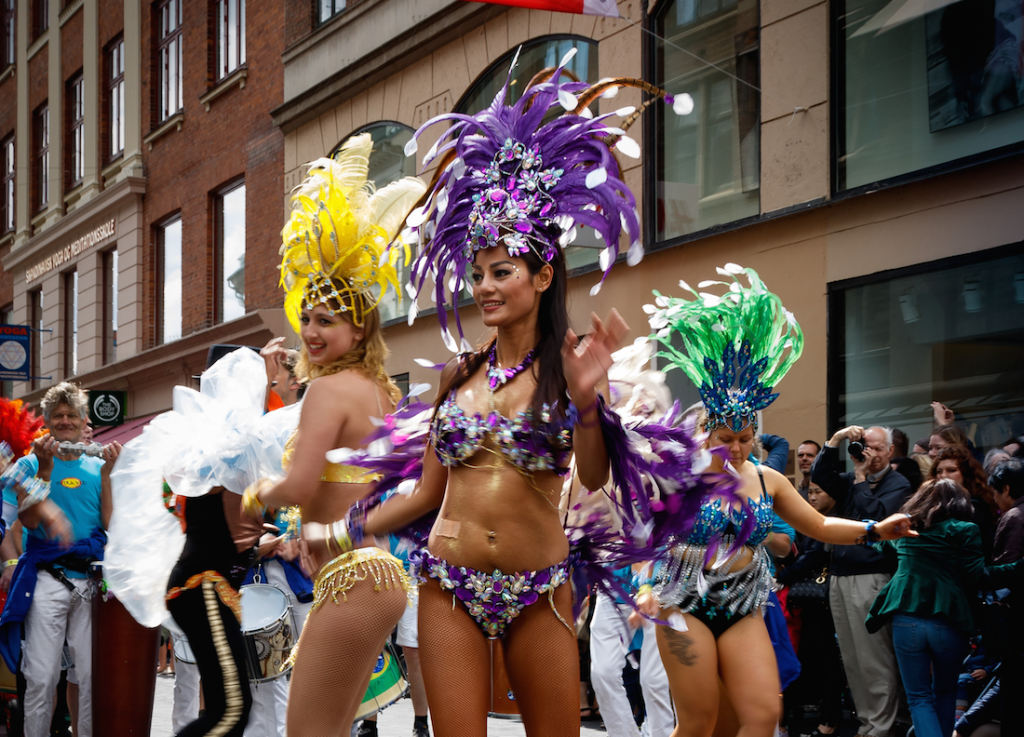