The Top 5 Things To Do And See In Foz Do Iguaçu, Brazil

Foz do Iguaçu, located near the borders with Paraguay and Argentina, has about 260,000 inhabitants and is the prime destination for tourists visiting Iguaçu Falls. One of the Seven Natural Wonders of the World, the falls are a very popular visitor attraction. There is, however, more to see in Foz do Iguaçu than the falls. The Culture Trip explores the best things to do and see in the area.

One of the natural wonders of the world

The Cataratas do Iguaçu, also called the ‘Cataratas del Iguazú’ in Spanish, are located at the border of Brazil and Argentina. The waterfalls consist of hundreds of different sized falls, some of which are enormous. The national parks on both the Argentinian and the Brazilian sides have been World Heritage sites since the 1980s, and are full of interesting wildlife, as well as fantastic panoramic viewing points. Here you can pass an exciting day and visit the waterfalls in different ways, like by walking or via boat tours. Do not miss this unique and spectacular natural phenomenon, peacefully shared between two countries. 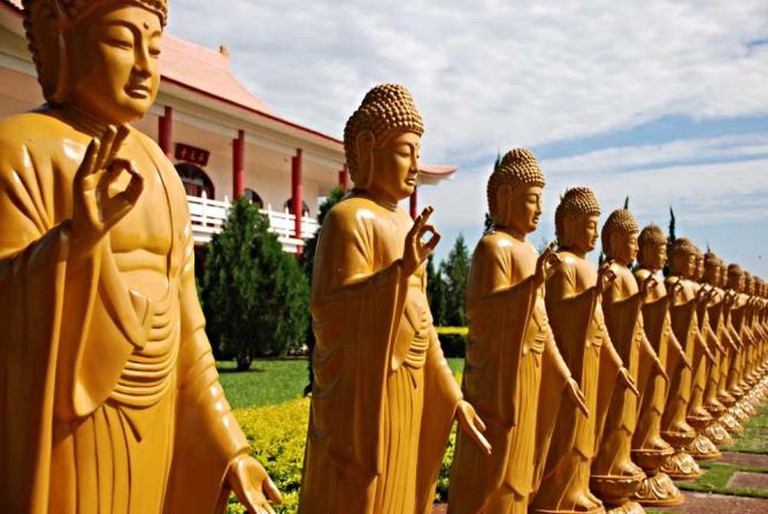 It was built by the Chinese communities of the tri-state area of Brazil, Paraguay and Argentina, and is considered as one of the biggest centers for meditation and Buddhist study in Latin America. The Buddhist Temple in Foz do Iguaçu is a big green area for meditating and relaxing and gazing at the numerous sculptures and statues of various Buddhist and other gods. The temple is located a bit higher than the city and offers a beautiful view over the city center of Foz do Iguaçu and Ciudad del Este in Paraguay. The Buddhist Temple is the perfect place for taking a break from a busy day.
Open In Google Maps
99 Rua Doutor Josivalter Vila Nova, Jardim California Paraná, 85867-504, Brazil
+554535245566
Give us feedback

Presentation of cultures via singing and dancing

The Iporã Show reflects the beauty of the waters. This show tells the story of the nine countries of South America by using extravagant costumes and changing scenery. The show consists of presenting the culture and stories about the countries via singing songs and performing traditional dances. Guests will see there the famous tango dance of Argentina, the Brazilian samba, as well as hearing beautiful South American folk music. This show will fascinate every guest and all who are interested in the continent’s culture.

Mosque in white and blue

This is a very beautiful building, held in the colors white and blue, and is located in the city center of Foz do Iguaçu. This mosque, with its welcoming atmosphere, is truly worth a visit. After women have covered their heads and everybody has taken off their shoes, visitors can enter into the Omar Ibn Al-Khattab Mosque and do a guided tour. It offers a lot of information about the culture and religion of Islam, and remains in everybody’s memory.

One special thing visitors of the region of Foz do Iguaçu absolutely have to do is to walk along two certain bridges. As the city is located at the triple borders of Brazil, Argentina and Paraguay, there are two bridges connecting these countries and their border cities. To go from Brazil to Paraguay, visitors have to take the Ponte Internacional da Amizade (in English, the ‘International Bridge of Friendship’). And to take a trip to Argentina, and the town of Puerto Iguazú, they have to walk along the Ponte Internacional da Fraternidade, also called the Ponte Tancredo Neves, which means ‘International Bridge of Brotherhood’ and is shown in the picture below. 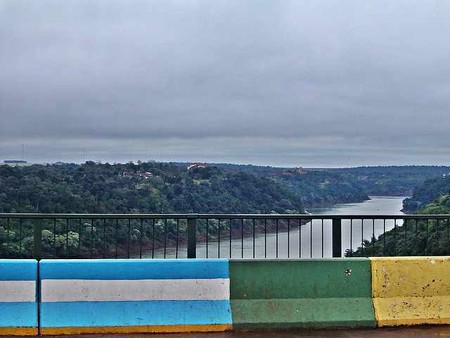 Border of Argentina and Brazil | © seretide/Flickr
Give us feedback