Karaoke at Cabaret Lounge |© courtesy of Cabaret Lounge
Sometimes we just can’t resist the urge for a good old sing-along, and often that feeling is amplified on a night out. Luckily in Rio de Janeiro, there are quite a few bars and clubs that offer some great karaoke nights out for all preferences of music – nearly everyone’s favorite karaoke song can be found in at least one of the bars we’ve listed below!

The Lapa Irish Pub, with its dark green front, salmon pink interior and exposed brick-work successfully brings a traditional Irish-pub feel to Lapa. It distinguishes itself from the other samba-playing bars with its distinct rock soundtrack. Every Wednesday, the Lapa Irish Pub hosts a Rockokê night, a mix of Karaoke and rock music, so visitors can belt out all the classic and recent rock tracks over the past few decades. It does a great selection of imported beers here, including a variety of Belgium brands to give a bit of dutch courage before singing. 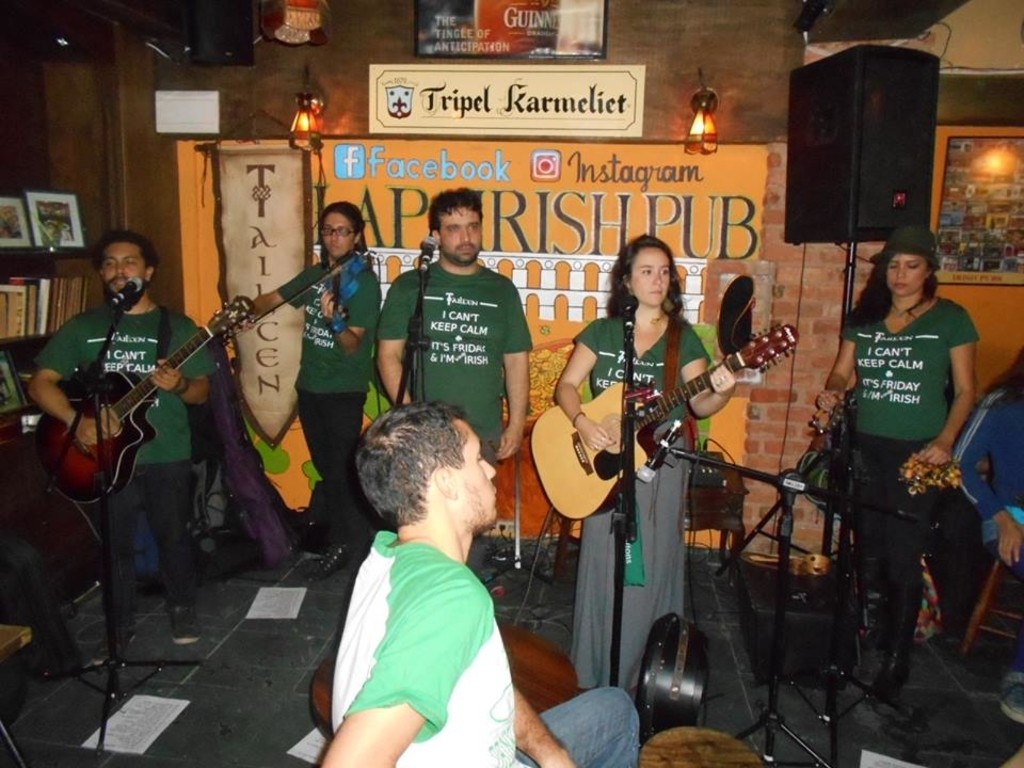 This karaoke bar is in the heart of the city center in a hot spot street with a collection of bars, restaurants and street parties known as Arco de Teles. The cobbled street gives a colonial feel and the buildings on the outside seem charmingly worn-down and a bit ragged around the edges. Step inside Carmem Miranda and you’ll see that the inside is just the same as it is on the outside. This shapes the environment into a cozy and relaxed sanctuary, as if you just walked into someone’s living room. It’s the perfect feel to sing karaoke for those a bit on the timid side. It’s a cheap and cheerful kind of place with plenty of songs from all genres and eras to choose from.

Nightclub, Wine, Beer, Cocktails, Brazilian, $$$
Karaoke at Casa da Matriz | © courtesy of Casa da Matriz
Fans of rock, pop and indie in Rio tend to make a beeline to Casa da Matriz in Botafogo which is known for its rockier beats and grungy baselines, breaking the routine of the regular samba and bossa nova rhythms throughout the city. Wednesday seems to be Rio’s day for karaoke as Casa da Matriz also has a karaoke night on the ‘hump day’. Keeping in theme with its typical style of music, the karaoke is based around rock and indie songs, both recent and from the last few decades. With regular drink promotions and the occasional free welcome shots with advance entry payment, the crowd are usually enthusiastic to get on the stage.
More Info
Open In Google Maps
123 Rua Henrique de Novais, Botafogo Rio de Janeiro, 22281-050, Brazil
+5521999998633
Visit website

This small nightclub in Botafogo has the size of a bar yet the liveliness of a club, with live DJs, plenty of drink promotions and blarring music that wipes out all chances of talking yet brings out the groove in the crowd. On Wednesdays, Cabaret Lounge opens its doors to host a karaoke night of mixed tunes, including rock, pop and Brazilian music. This is karaoke with a slight difference though; there is a live DJ to accompany the singer so if you go off tune a bit, the DJ will help you out. There are also several promotions such as two for one on wine and beers. 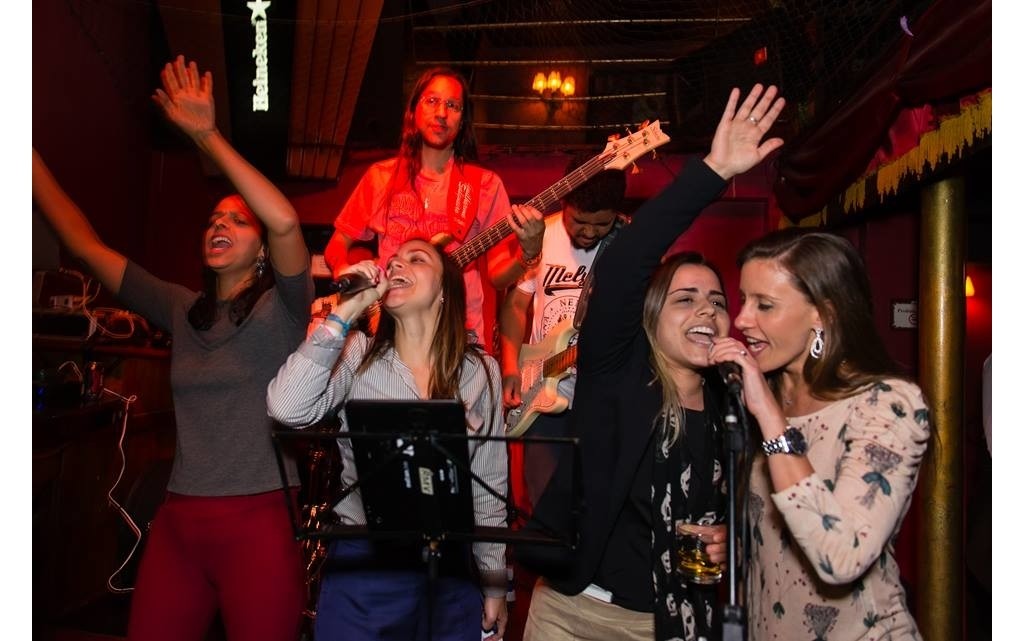 Breaking the mold, Barzin hosts its karaoke nights on Fridays with a choice of all sorts of genres including national and international classics. Barzin is one of the most traditional and popular bars in Ipanema, and gets crowded on the weekends from bar-goers looking for a place with a club atmosphere that’s still distinctly a bar. The karaoke is accompanied with a live band who seem to be a jack-of-all-trades when it comes to switching between genres and musics.