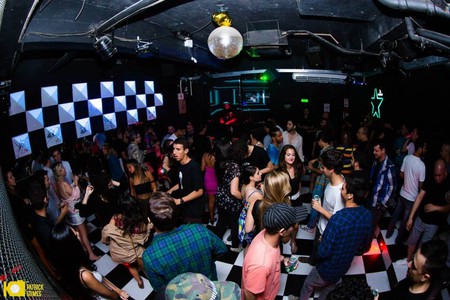 Copacabana offers the best of both worlds: a long, sandy beach during the day to relax on and sunbathe, and a boisterous neighborhood to slip into during the night. We discover the five top clubs in Copacabana to shake away the laid-back day and embrace the electric nightlife.

Located on Avenida Atlantica, this hotel has a privileged spot right in front of Copacabana Beach. However, the Pestana is more than just a hotel. Its roof top with spectacular views over the beach comes alive at night when the Deck Top Lounge opens for happy hour and drinks into the night. It often has live DJs to set the scene and create a moving backdrop to the stunning visuals. Although not open until late, it is the perfect place to drink cocktails around a pool, chat with friends and enjoy some pre-clubbing beverages.

This club opens at midnight and gets going at around one or two in the morning. Tucked in at the end of Copacabana, from the outside it’s hard to imagine that there is a large dance floor inside with several sofas to relax on and chat with friends or other partygoers over the loud music. This club opens during the week and arguably has some of the better parties during the weekdays, appealing to the younger student crowd. Music is varied in this underground venue; ranging from hip hop to bass and funk to deep house. 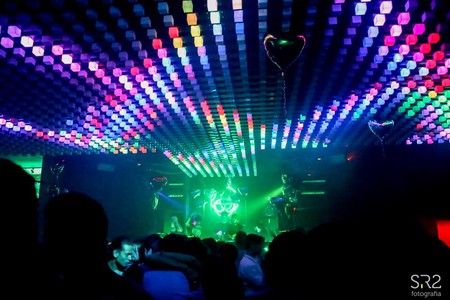 Cave in Copacabana | courtesy of Cave 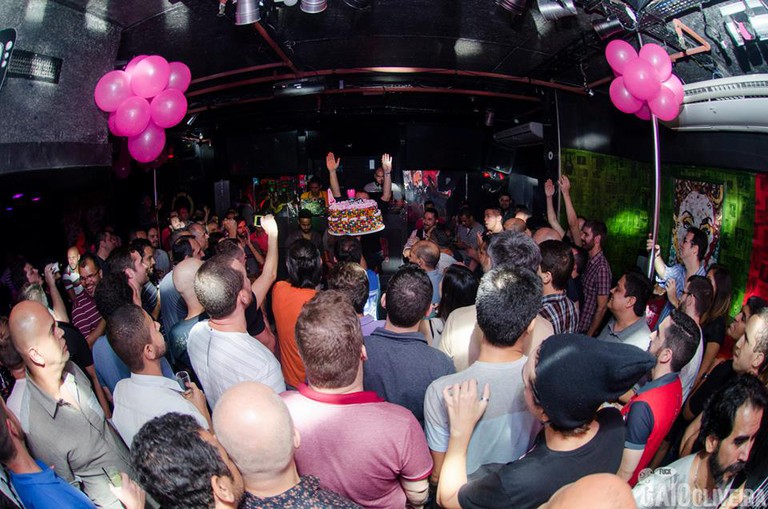 TV Bar in Copacabana | courtesy of TV Bar
This compact nightclub packs in a lot of fun without an ounce of pretentiousness and welcomes a mix of club-goers through its gay-friendly doors. The music is usually pop, ranging from classics from the 1990s and 2000s that is sure to get everyone on the dance floor singing, to more modern pop tracks from Katy Perry and Lady Gaga. A couple of poles on the dance floor add a bit of spice, although usually the typical pole dancers are the partygoers that have had one too many caipirinhas. Trashy, cheesy, yet undeniably uplifting, it is not uncommon to see people leaving at eight or nine in the morning, the time having passed by unnoticed.

Two dance floors and two bars provide an ideal late night drinking spot for Rio’s night owls. New Mariuzinn Copacabana usually has various promotions such as discounts on drinks or Ladies Night which gives special deals for girls and an open bar. These promotions tend to attract a much younger student crowd or on-a-budget backpackers looking for a cheap night out. Those that want to take a break away from Rio’s samba, forró and pagode can enjoy Rio funk, hip hop and R&B at this venue, yet sometimes live samba is played on a Thursday, which draws in a large crowd. 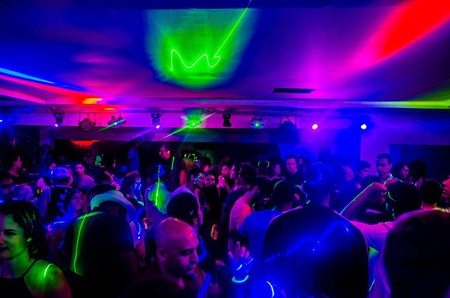 Bar, Nightclub, Pub Grub, $$$
Facebook
Email
Twitter
Pinterest
Copy link
Share
Fosfobox tends to attract a more alternative crowd with hipsters, music lovers and people from all backgrounds heading there on the weekend to enjoy the wide variety of music played there. The dance floor is downstairs and it’s usual to hear anything from pop, hip-hop, rock, electronic music and sometimes samba. The place gets crowded from one in the morning onwards and people find themselves jostling for space on Fosfobox’s dance floor. However, it’s a fun night and provides the perfect release to end the working week. The upstairs has a bar and provides a sanctuary to drink and chat before sliding back into the throng of dancers below.