The Top 10 Things to See and Do in Santa Catarina, Brazil 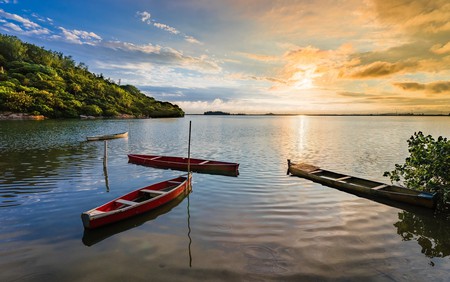 There is only one state farther south than that of Santa Catarina in Brazil, but as far as the list of most beautiful, Santa Catarina ranks right at the top. This part of Brazil has a touch of everything: dense jungle, glimmering beaches, great nightlife, wild nature, Latin flare, European influence. Although it’s roughly the size of Portugal, it is one of the smaller states in the country, meaning that exploring most of it is very manageable. If you plan to visit, don’t miss any of these attractions.

Serra do Rio do Rastro

To get a good idea of the range of contrasting topography that Santa Catarina has to offer, visit the jaw-dropping sierra known as Serra do Rio do Rastro. Venture inland from the golden beaches of Florianopolis, to this rugged, mountainous terrain—high enough to receive dustings of snow. It’ll be hard to believe you are in the same country, let along the same state.

Right in the middle of the ridge of Serra do Rio do Rastro, and a touch north, is the National Park São Joaquim, home to a variety of Brazil’s most untouched nature. With rugged scenery that looks like something out of the Avatar movie, the star of the show is the impressive, natural rock archway, the Morro de Igreja. 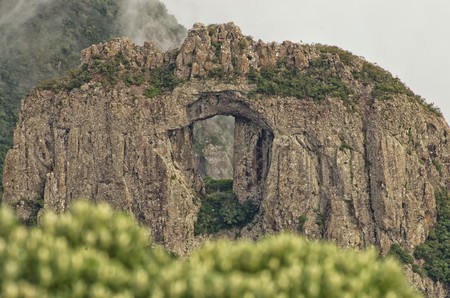 Similar to the island peninsula of Santa Catarina, just north is another outcrop of land, home to the beach towns of Bombas and Bombinhas. If you cross over the steep ridge and visit Praia Mariscal, you will be treated to not only an enormous, pristine beach but also a great hike. Short, but lined with views all along the walk the Morro de Macaco, hikes end with a mind-blowing view of the thin strip of land with curling beaches on either side.

Santa Catarina is home to some amazing sights, and spending at least one day exploring this island paradise is an absolute must. You have the markets and nightlife of the city of Florianópolis, often shortened to Floripa, to the north of the island is the historic town of Santo Antônio de Lisboa and the fortress of São José da Ponto Grosso, and, as you turn the north bend and head south on the east side of the island, little beach towns and the golden coast open up before you. 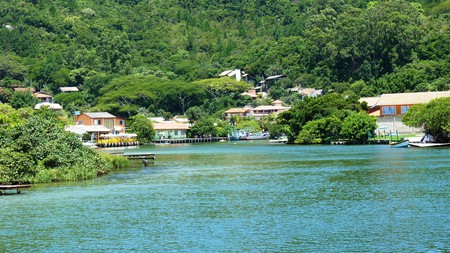 From Praia da Rosa, Garopaba and Imbituba in the south, the whole island of Santa Catarina, and Bombas, Bombinhas, Praia Mariscal, and Balneário Camboriú in the north of the state, you are simply spoiled for choice when it comes to beaches in Santa Catarina. To put it in perspective, the island has a beach roughly every 10 kilometers (6.2 miles), making for a picture-perfect coast.

If you like to surf, or want to be a beach bum for a little while and learn, you will find every type of wave in Santa Catarina, and will avoid the big, intimidating surf crowds of places like Rio de Janeiro. Ilha Santa Catarina has some world famous surf breaks, like Joaquina, but there are beach towns and cities lining the whole coast worth exploring as well. 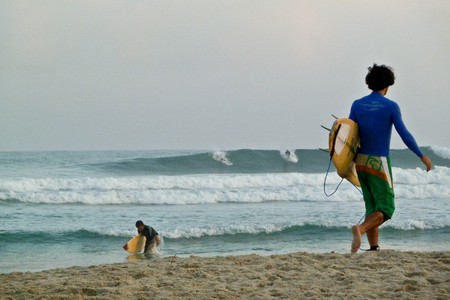 Riding the border between Santa Catarina and Brazil’s most southern state, Rio Grande do Sul, is the Malacara Canyon, which strangely translates to Canyon Badface, as you will be sporting nothing but smiles. With some of the most incredible nature in the Santa Catarina province, here you will be treated to a drier type of foliage covering the deep, impressive canyon.

We weren’t kidding when we said it has European influence, as this city will have you feeling like you are right in the middle of Bavaria. Especially in October, when Oktoberfest is in full swing, as this 17-day long festival in Blumenau is the third-largest on the planet and is as authentically German as you can get. 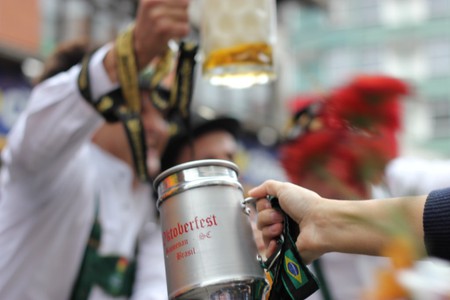 With so many outdoorsy things to do on the island, it’s sometimes nice to just switch off and have some mindless fun. Thankfully Santa Catarina is home to one of Brazil’s premier amusement parks. A huge tourist attraction since its opening in 1991, Beto Carrero World, named after its creator, is the largest amusement park in South America, and has recently partnered with DreamWorks Entertainment and Universal Studios, to take their rides, performances and even zoo, to the next level.

Off the town of Campeche, you will find a small chunk of rock known as Ilha Campeche, which is covered in jungle, sprinkled with white sand, and rimmed with multiple shades of postcard-worthy blue water. This location will be home to some of the most jaw-dropping photos you take during your time in Santa Catarina. 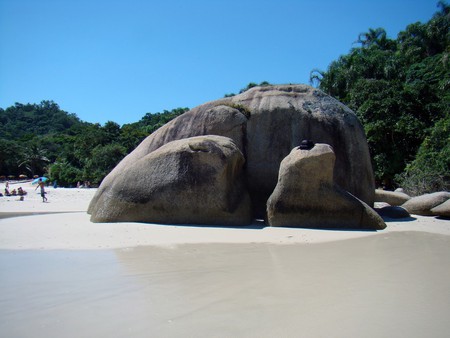