The Top 10 Things to Do in Curitiba, Brazil 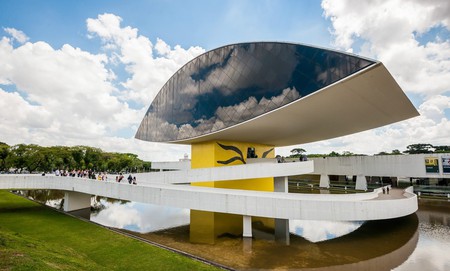 The farther north you head in Brazil, the closer you get to the equator and sweltering heat. In the south of the country, however, you are treated to warm days, cool nights, and an area that so far has managed to avoid the stampede of global tourism. Enjoy authentic, organized and charming Curitiba and these great attractions in the capital of Parana.

One of the main attractions when visiting Curitiba lies just outside the big city, a relaxing 40-minute drive once you reach the city limits. In Morretes you can take a break from city life, stroll through quiet streets, and enjoy some of the most authentic food in Parana. The drive back is also part of the trip, as the roads to and from Morretes connect in a loop, so you are treated to different sights on the way home.

Plan a day trip and take a ride on the Serra Verde Express Train. On this track, the ride and not necessarily the destination is what you come for. A traditional steam-engine train chugs along at perfect speed, on tracks that run through the thick greenery that surrounds the city, allowing you to peacefully enjoy the view and snap memorable photos of Pico do Marumbi—the highest natural point in the Parana state. 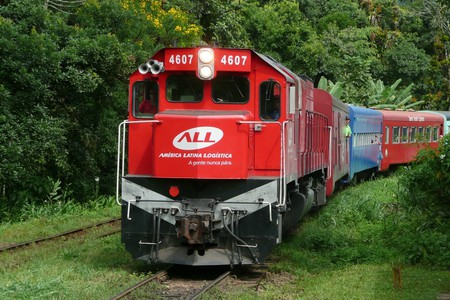 Curitiba itself is not a coastal city but, once you reach its outskirts, you are a short and enjoyable drive from the tantalizing Brazilian coast. Let it direct you to the Island of Honey, in the Bay of Paranaguá—a tadpole-shaped island that is still scarcely inhabited but packed with gorgeous nature. Almost the whole island is rimmed with beaches and the thin, southern portion is home to a few hotels, pousadas and restaurants.

A short stroll from the center of Curitiba, the Botanical Gardens are a pressure release from the bustling activity downtown. Upon entering, the sounds of the city simply dissipate. The white-wire conservatory, the centerpiece of the gardens, is a renowned Curitiba landmark. The gardens have an open floor plan and with the water fountains make for a great place to bring a packed lunch. 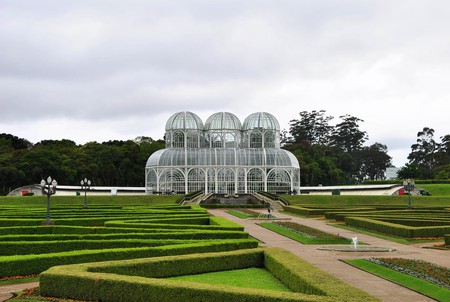 Looking like an alien periscope, this museum is certainly one of the strangest buildings in all of Brazil, named after its architect, Oscar Niemeyer. A humongous space, split between two buildings, it is dedicated to exhibiting the beauty of architecture and design. It was inaugurated in 2002, when Niemeyer was at the grand age of 95.

Curitiba is well known for its contributions to Brazilian theater, as you can find places dedicated to the performing arts in many corners of the city, and none more famous than the Wire Opera House, known in Portuguese as Ópera de Arame. Constructed in the serene environment of Parque das Pedreiras, this unique, wire, shallow-domed building is an intimate setting for performances, as it currently houses just 1000 spectators. 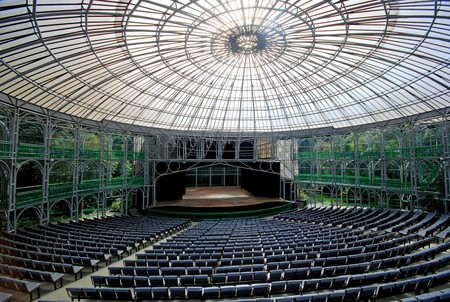 With a strong German influence in the southern part of Brazil, the dark past of the country has been put on display in Curitiba, to help educate younger generations and visitors on one of the most horrific times in human history. The museum does a terrific job of holding nothing back, and showcases original documents and historic pieces that make this museum visit an impactful one.

Filled with locals, the smooth, paved path through Barigui Park is the perfect place to strap on some rollerblades, rent a bicycle, or just walk through the crisp sunshine and lush greenery. It runs alongside a small stream that empties into a tranquil lagoon, which makes for the perfect foreground as you peer back towards the city in the distance. 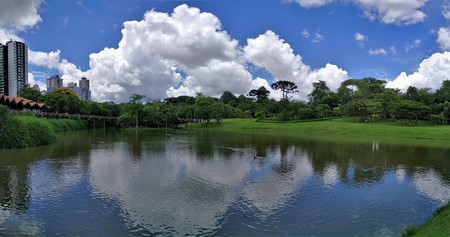 Curitiba is located on rather flat land, so getting a view of the city from a peak or hill is not easy. Luckily, you have the Panoramic Tower, which offers the best view of Curitiba. It is a 110-meter (360-foot) telecom tower made of glass, with public access, and allows for a spectacular, 360-degree view of the city.

Rua XV de Novembro, also known as Flower Street, is the main avenue running through the center of the city. It connects some of Curitiba’s main attractions, such as Osorio Square and Santos Andrade Square. It is mainly pedestrianized, with a couple of crosswalks, and is lined with restaurants, cafés, shops, and street performers. 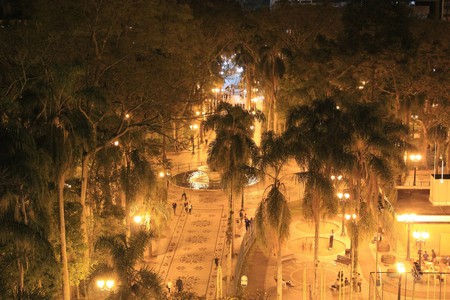