The Top 10 Things To Do And See In Lapa, Rio De Janeiro 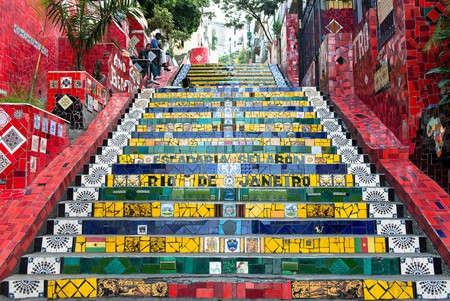 Lapa is Rio’s buzzing nightlife spot with lively bars, pumping nightclubs and street parties that last all night. Lapa attracts foreigners and locals every weekend to drink caipirinhas and shake out some moves with many varieties of music playing. Whilst at night it comes alive, daytime Lapa is underground and raw, with jaw-dropping street art decorating the aged buildings. Check out our list of things to do in one of Rio’s coolest neighborhoods.

The legendary steps of Lapa were created by and take its name from Chilean artist Jorge Selaron, who spent 20 years transforming a bland stairway into a vibrant and iconic symbol of Rio. The mosaic of tiles, ceramics and mirrors in mostly reds, greens, blues and yellows cover all 215 steps from Lapa to the bordering neighborhood Santa Teresa. Go at night for the lively bustle of casual street drinking and amateur live music. 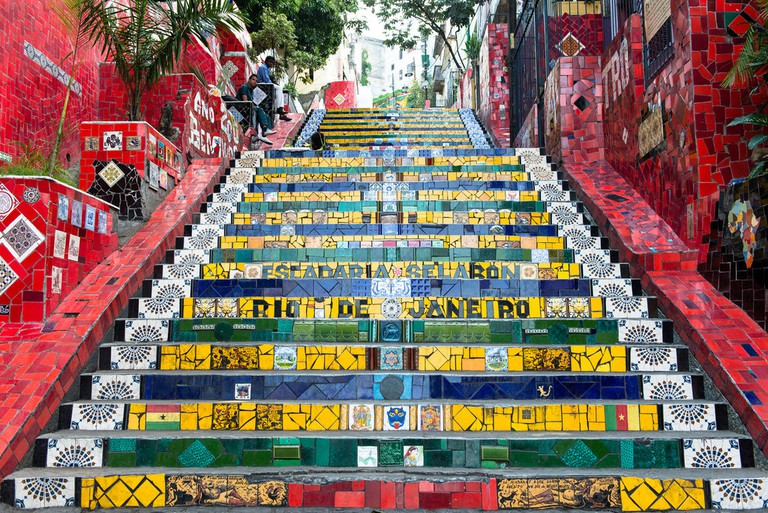 Bargain Hunt At Feira Do Lavradio

This fair, otherwise known as Feira Rio Antigo, takes place every first Saturday of the month on Rua do Lavradio and is the spot for timeless antiques, vintage pieces and hidden treasures. A whole street opens its doors and fills up with stalls, presenting anything and everything from clothes and bags to ornaments and furniture. To get some great souvenirs or one-off items, it’s hard to imagine going to a better place in Rio.

Not a single inch was overlooked when the decorations were being done at this nightclub — there are antiques and chandeliers draping every corner of its three floors. The most famous party in Lapa is popular with both locals and foreigners alike, which can be seen by the long lines to get in later in the night. Every weekend there is a live band of samba or pagode, and there is one floor tucked away that has international pop or dance music. Don’t let its elegant decor fool you — this place is far from the stiffness that sometimes comes with luxury, having casual, fun and buzzing atmosphere going on until the early hours. 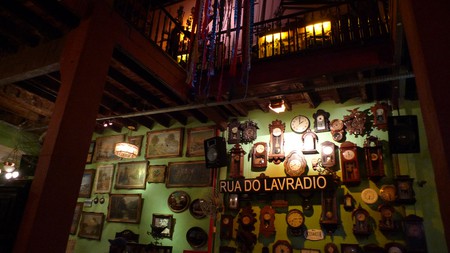 Check Out Some Sounds At Circo Voador

The place to go to get some of the best national and international music in Rio is Circo Voador, a cultural space in Lapa where live acts continue throughout the week and weekend. Anything goes here, from rock and metal (AC/DC have performed there in the past) to samba and funk. The outdoor terrace is fringed with palm trees, providing breathing and drinking space from the tent-covered dance floor that usually gets crowded. There are also ongoing workshops of capoeira, acrobatics and language classes. 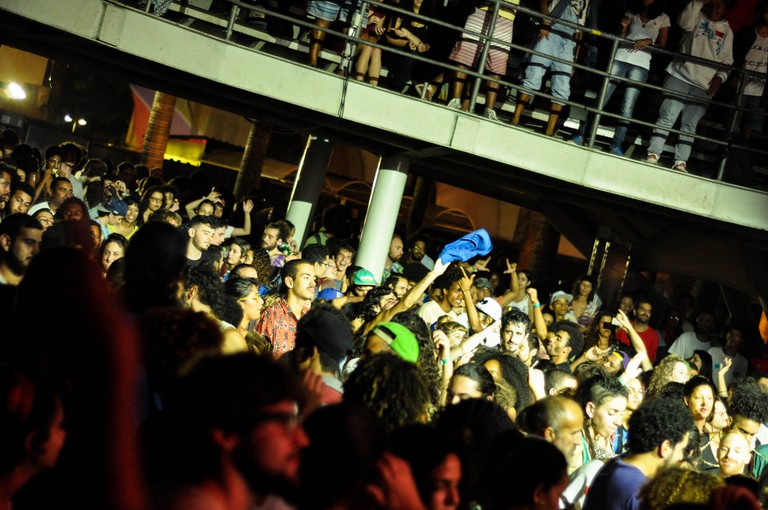 Look At The Street Art

Since the Brazilian government decriminalized street art in 2009, Rio de Janeiro has witnessed a budding street art scene with various artists making their mark throughout the city and the world. Lapa has various arts that portray deep aspects of culture, such as music and social class to iconic monuments in Rio. The walls around the Escadaria Selaron and its arches have some of Lapa’s most eye-catching artworks.

Go On A Bar Crawl

Lapa is synonymous with nightlife in Rio and is the main partying area in the city. The most bustling street is Avenida Mem de Sa which is choc-a-bloc with bars and clubs, whilst party-goers spill out onto the pavements and create unofficial street parties. The arches are a good starting point before making your way along the main street, and be sure to drop into bars or clubs along the way. 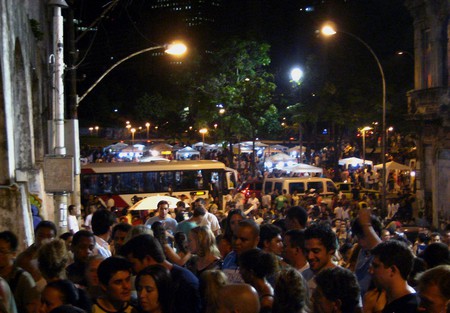 A roda de samba is a jam session between skilled sambaists who join together to play some tunes. This is samba in its rawest and most personal form, which makes it intimate, cozy and heaps of fun, drawing in crowds of locals that energize venues with singing and dancing. One of the best places to go in Lapa for a roda de samba is Bero do Rato, a bar where simplicity highlights its great music and icy beers. 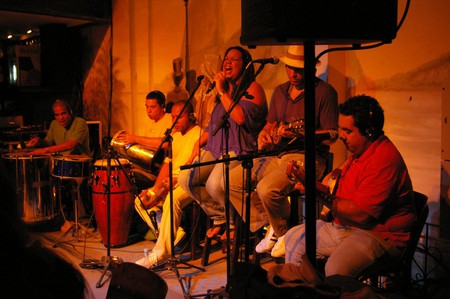 Visit The Museum Of Image And Sound

Open Tuesday through Friday, the Museum of Image and Sound offers a daytime attraction in Lapa to what is usually an after hours neighborhood. With a collection of 350,000 items made up of music, photos, records, films, videos and various other media archives, it shows the Brazilian culture in a series of sounds and images.

The white arches of Lapa remain the same as they were when first constructed in the mid-18th century as an aqueduct; nowadays they are the place to meet and serve as an entrance into Lapa’s buzzing nightlife. Some of the best street parties are held here with stalls dishing out mega-sized caipirinhas and cocktails with generous portions of cachaca live music. The party is free and anything goes, even after the sun comes up. 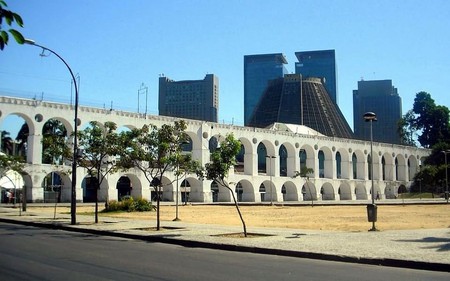 Arcos de Lapa looking all peaceful during the day | © fsacrom/Flickr

Forró is a genre of music originally from the northeast of Brazil, yet is popular throughout the country. The dance to forró is in pairs, usually a man and a woman, and is fast paced yet intimate, with a similarity to the waltz. Bar Semente in Lapa has some of the best live forró music in town during the week and the weekend, and dancing is a must there, no matter what your level may be — the crowd is patient and willing to help anyone keen enough to get on the dance floor.