The Top 10 Things To See And Do In Copacabana, Brazil 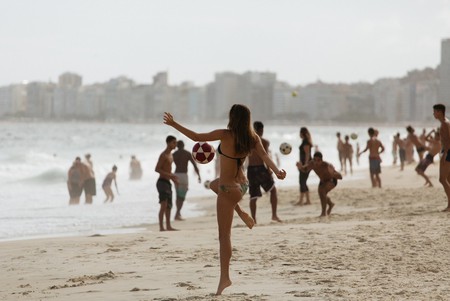 Copacabana, one of the best-known districts of Rio de Janeiro, has had its golden age come and go. However, recently, the area has shed some of its seedy bars and nightclubs, all the while remaining unimaginably beautiful, with its long coastline and rolling hills and its blue sky as a backdrop. Here’s our list of the 10 best things to do and see in Copacabana, Rio de Janeiro. 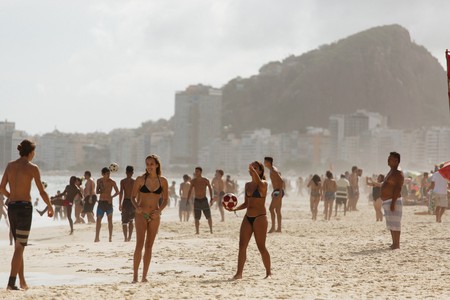 Copacabana’s most obvious attraction is assuredly the beach, where everyone can enjoy some of the most beautiful coastline in the world. Whether visitors are looking for leisure – under a sun umbrella and indulging in a fresh caipirinha – or sport, in the form of beach volleyball, the sands here are the best place to be. 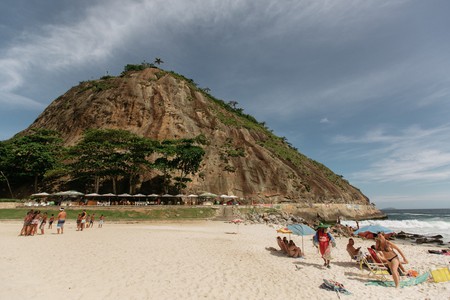 Climb the Morro do Leme

The Morro do Leme is a great place to catch some scenic views of Copacabana. Morro, meaning “small mountain”, borders Copacabana Beach at the Leme neighborhood end. There is a well-traveled path for hikers at the hill’s base, and an old military fort named Forte do Vigia at the top.

Bossa nova is one of the national treasures of Brazil, originating in Rio de Janeiro’s South Zone in the 1960’s to express the nation’s traditional musical style, samba. Bossa Nova e Companhia is a store totally committed to preserving the legacy of bossa nova in Rio de Janeiro, with an assortment of CDs, LPs, musical instruments and books about the music and its most famous performers. This store is a worthwhile stop for all music lovers, especially those wanting to take home a piece of bossa nova legacy from Copacabana. 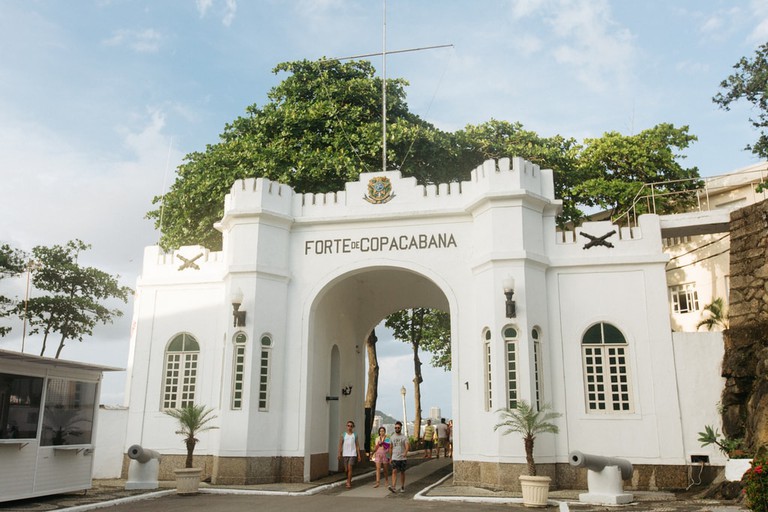 Have a coffee at Forte de Copacabana

On the southern tip of Copacabana’s share of coastline is the Forte de Copacabana, a great place to learn some Brazilian history and to enjoy breakfast whilst sitting outside. As the site of both the Historical Museum of the Army and Copacabana Fort and Café 18 do Forte, the fort is a great place to start a day’s activities in the neighborhood.

Many people say Bip Bip is a bar from a different time. As little more than a hole-in-the-wall on a side street in Copacabana, old-timers and locals, as well as some in-the-know tourists, flock to hear the traditional samba de roda and choro music performed live here almost every night. The owner, Alfredo, is not afraid to silence crowds if he deems them rude to the performers – you’ve been warned!

The Arpoador is one of the greatest places to surf and fish in Copacabana, but also a great place to view the sea and the coastline of Copacabana. Meaning “harpoon thrower” in Portuguese, this rock outcrop creates decent waves for surfers year-round. For those looking to stay dry, the sunset here is amazing, but try to get here on a weekday night, as many people visit on the weekend.

Have a meal at Adega Perola

Adega Perola is the boteco every traveler to Copacabana wishes to find. With some of the best seafood tapas in the city, this restaurant boasts the best of Rio food culture. The space is small, the beer is cold and the food is fresh. Oh, and don’t be afraid to try the octopus – it’s one of the best dishes on the menu.

Despite Rio de Janeiro’s reputation for partying, there are few other times of the year when Cariocas celebrate quite as much as on New Year’s. Thousands of people flock to the beach to see the annual fireworks show, a spectacular display over the water. Although there are other gathering places throughout the city, the biggest and best fireworks display is always at Copacabana.

Head out to Mariuzinn Disco Club

For the remainder of the time, when it’s not New Year’s Eve, head over to Mariuzinn Disco Club, one of Copacabana’s best places to party. With two bars and two separate dance floors and an upstairs balcony, Mariuzinn is the best place to meet up with friends or to meet some new ones. Be sure to arrive no earlier than midnight, as it is commonplace for Brazilians to stay out until very late the next day. 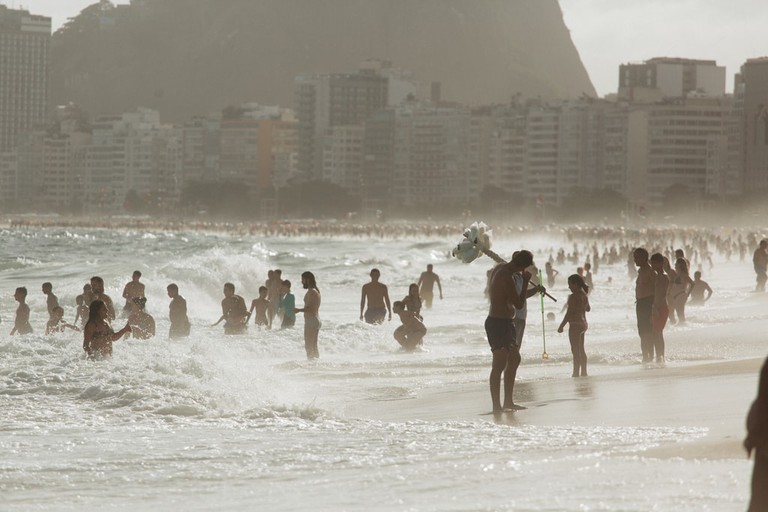 Take an early morning walk along the beach

After a trip to Rio de Janeiro and Copacabana, perhaps the best way to end your stay is an early morning stroll along the beach, before it becomes busy with tourists. Few things beat this simple pleasure, complete with a gentle breeze, warm sea air, and the feeling of sand beneath your feet. This is true Copacabana.