The Struggles Every Expat in Brazil Experiences 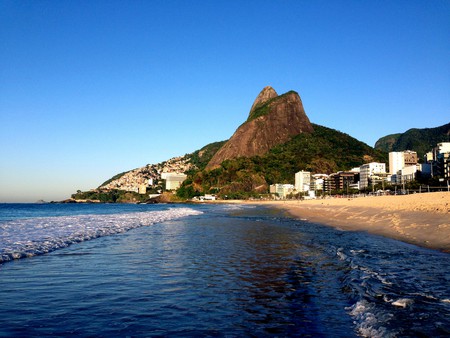 Most of the time, the good points of living in Brazil definitely outweigh the struggles of being an expat there. Adapting to the culture and becoming a part of it is immensely rewarding and most expats will happily agree that their long-term plans involve Brazil. Yet like moving to any country, there are challenges to overcome. Here are ten struggles that expats in Brazil can probably relate to.

We’ve all been there. Waiting in a long line, carrying a suitcase of documents, that glimmer of hope that at last, your residency visa is ready — to then be told you have to go home and come back on another day as you are missing a document you hadn’t even realized was necessary. The bureaucracy in Brazil is, in short, an enormous headache especially when it comes down to visas. However, the sense of triumph from the little things such as opening a bank account is incomparable and the lesson of patience is a virtue is one you will learn quickly. 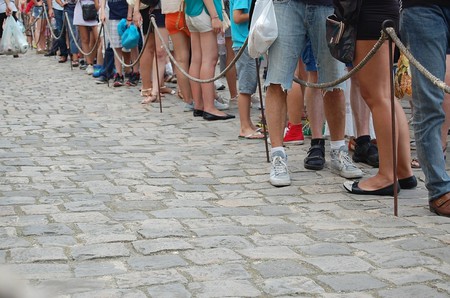 It’s odd living your normal life in another language and this is one of the major struggles expats in Brazil must adapt to. There are cases of expats living in Brazil without speaking much Portuguese but to study, work and to have a rich social life, it is much better to get out the textbooks and start learning. Every expat has a story or two of embarrassing slips of words, but most Brazilians truly appreciate the efforts.

The major cities like Rio de Janeiro and Sao Paulo are surprisingly expensive with rent prices in a good neighborhood on par with European city prices. The downside is that salaries are lower so the cost of living becomes significantly higher, especially for expats who wish to live in the more popular parts of the city such as Jardins in Sao Paulo or Leblon in Rio de Janeiro. The long-term leases are also a struggle with most rental terms at least 30 months and the contract requires someone who can guarantee your rent, too. To overcome this issue, many expats are turning to sites such as airbnb.com and zap.com. Yet most expats will agree — for sunshine, a hot climate and gorgeous views, the higher costs are worth it.

Unless moving to Brazil was the result of a job transfer, many expats arrive without any work lined up and few things inspire a career change more than moving to a new country. The logical first step for many expats is teaching English, which can get frustrating if it was never a dream job choice. To pursue a career in Brazil is riddled with obstacles — proficiency in the language, the correct visa, recognition of university documents, just to name a few — yet it isn’t unheard of. It just takes enormous perseverance, time and determination.

Every expat will have a bout of homesickness to deal with at some point and the major trigger is the realization that family and childhood friends are suddenly so far away. One of the biggest struggles for an expat in Brazil, or in any country for that matter, is missing family and friends’ weddings and birthdays. The distance is inevitable but with careful planning and saving, it is possible to be there for some. 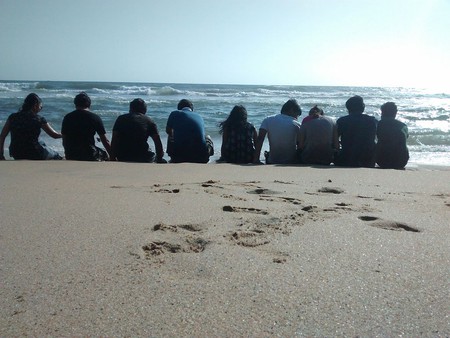 Maintaining friendships can get hard when living abroad | © Syamantaksen92/WikiCommons

For expats from countries where a simple handshake is proper etiquette, the invasion of personal space in Brazil can come as a shock. Touching whilst talking is common as is a different understanding of personal space, causing some expats to feel flustered when a new person stands millimeters away from them in total comfort. In Brazil, two kisses on the cheek are the usual way of greeting someone, although the number of kisses changes city to city — something worth checking before to avoid an accidental kiss that is a bit too intimate!

In most cities in Brazil, the attitude to time is relaxed which means arriving late and canceling last-minute is common. It’s all done in good spirit though and Brazilians are blissfully unaware that this causes frustration amongst expats from rigidly punctual cultures. Adapting to this is a struggle, but can be liberating for expats when they finally do. This different concept of time places less pressure on the need to rush and encourages a more leisurely approach to life.

Brazilians take enormous pride and care of their appearance and inevitably expats can get sucked into this, which causes conflicts. Vanity is seen in Brazil as having a healthy relationship with your body whereas it can have a negative association in other countries. It can take some time to accept this difference, and it does mean you get to have more guilt-free pampering days at the salon. 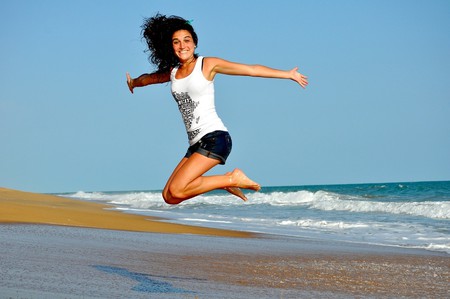 Body image is an important aspect of Brazilian life | © pixabay

Crime is an issue in Brazil and it is a struggle expats have to get used to. The portrait of crime in Brazil as painted in the media is often taken out of context; the reality is that while crime happens frequently, it tends to be in poorer communities and far removed from the daily lives of expats there. However, muggings are common and although rarely violent, it is frustrating to have an expensive phone or money stolen, and it takes time to become more alert to these possibilities.

Rather than let someone down on the spot and say no to a proposed plan, Brazilians would much prefer to keep the personal relations easy and agree with whatever plan is suggested. This will later be forgotten, canceled or never mentioned again. It is meant as a friendly gesture but is a struggle for expats who have to learn that plans made on a Tuesday for the weekend have a fairly good chance of not happening.