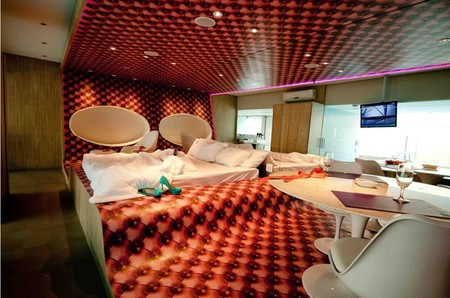 In the U.S., a motel means a cheap place to crash for the night. The Brazilian motel, however, exists to provide couples with a private place to have sex. While this might seem seedy, Brazilian love motels are often the only place for couples to have sex discreetly.

Motels can be found everywhere in Brazil, peppering the sides of highways and scattered throughout the cities in both business districts and densely populated residential areas. They surround themselves with high walls to conceal what lies behind, yet announce their presence with loud signs highlighting names such as Hotel Love Time, Te Adoro and Sinless. 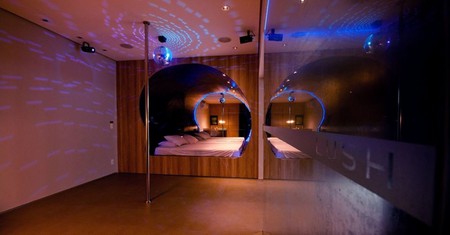 Motel room with a pole | © Lush

Although some may view the love motels as seedy places, they actually play an important role in Brazilian society. Brazilians are traditionally from large families, and due to strong kinship ties and high living costs combined with entry-level job salaries, it is typical for children to live at home with their family until they marry. This leaves little privacy for young couples to have sex, which is where Brazilian love motels fulfill their role. Before moving out into a shared home with their partners, couples make use of motels to have sex in private, without family in the room next door.

For this reason, motels are a perfectly accepted part of the Brazilian social fabric, and have no links to brothels or sex-working establishments. Although clients may take a prostitute or escort to a motel, it has no different meaning to a similar encounter in a paid hotel.

One 36-year old woman, who preferred to remain anonymous, is a regular client at motels along with her husband. She says, “We try to go once every two months, to a different motel each time, to try out something new. My husband and I both work a lot so time for a holiday is just not feasible at the moment. Going to a motel is like an escape, it’s exciting.”

“There is nothing bad about it, we are just two married people that want to keep our sex life fun,” she said. “Motels are normal in Brazil, it’s not shameful.” 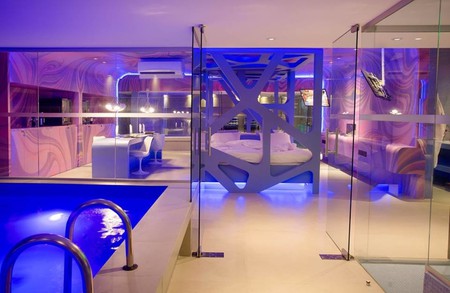 Naturally, love motels are not exclusive for dating couples, also offering a discreet spot for love affairs or even prostitution, which is legal in Brazil. Research conducted into motels has concluded that during the working week, clients that use motels often do so for more secretive acts of sex that tend to be taboo (such as infidelity), while weekend use is common amongst couples.

These attitudes contradict Catholic values in Brazil, which frown upon infidelity, sex before marriage and homosexuality. Despite the conflicts, most Brazilians consider motels a fun, sexy way to enjoy intimate time with their partners at a lower cost, while offering an escape from their day-to-day lives.