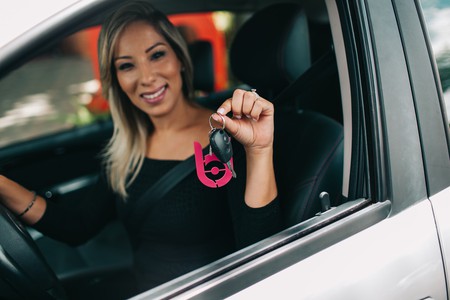 Earlier this year, a survey in Brazil’s largest newspaper, Folha de S. Paulo, showed that over half of Brazilian woman have been victims of harassment, with 29% reporting that they had suffered physical violence or verbal abuse in the last 12 months. The study concluded that 503 women in Brazil are victims of violence every hour. Many of these cases take place on transport or on the street, and cases of harassment and violence of women using ride-shares such as Uber, 99 Taxis, and Cabify have been put under the spotlight. Enter Lady Driver, a ride-sharing app that connects female drivers to female passengers and has already been enjoying considerable success.

Lady Driver’s founder, Gabriela Corrêa, had the idea of creating the app after she was harassed while using another ride-sharing app. “I was harassed in a taxi which I had ordered through an app, and I didn’t want to say anything at the time, because [the driver] had picked me up at my home address,” Corrêa explains. “Then I got to thinking, wouldn’t it be safer if there was a transport app only for women, with female drivers? I asked some of my friends about it and they agreed, so that’s when I decided to create Lady Driver.”

Corrêa began developing Lady Driver in March 2016 and it launched the following year, as the first app of its kind to be licensed in Brazil, on March 8, International Women’s Day. 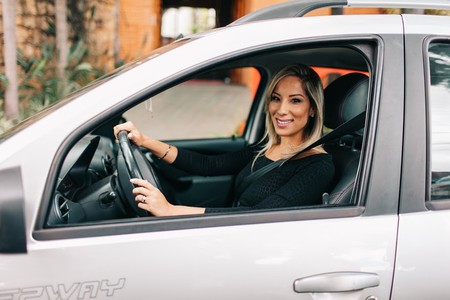 In the seven months that have followed, Lady Driver has grown exponentially. It now has a fleet of over 11,000 drivers, and the app has been downloaded over 150,000 times. Currently, the service runs only in the city of São Paulo and the neighboring Guarulhos (where São Paulo’s largest airport is located), but they have plans to expand to Rio de Janeiro in January 2018.

The app works by validating the identity of passengers by way of their credit card information (Lady Driver’s only accepted payment method) and the unique tax registration number held by everyone in Brazil. Through this screening process, Lady Driver can confirm whether the user is a woman. According to Corrêa, there have yet to be any cases of identity fraud involving passengers and the application.

Lady Driver is also a compelling initiative for female drivers, who often have difficulties in what is traditionally a male-dominated market. “Around 90% of all taxi drivers here are men, so by employing women drivers, we are doing our part to reduce the gender inequality in this segment,” says Corrêa. Furthermore, the company charges its motorists only 16% of their fares, while their main competitors (such as Uber, Cabify, and 99 Taxis) charge around 25%. “I’d like to think Lady Driver is one of the very few places in Brazil where women actually earn more than men.” 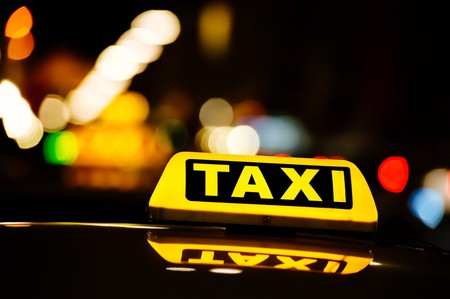 However, it is not only the financial aspect that has attracted women to work for Lady Driver. A survey by a competitor showed that almost half of female drivers have been harassed at least once during their work, while 75% reported feeling unsafe while driving male passengers at night.

The main objective of Lady Driver is to offer female passengers and drivers a safer alternative to other methods of private transport. “For the passengers, it’s so that they can feel more relaxed. She can wear whatever she wants, she can come home at any time of the night, and if she’s had a bit too much to drink, she’ll know that, being in the company of a another woman, she will be safer,” explains Corrêa.

The problem of harassment and violence towards women has been put under the spotlight recently in Brazil. In São Paulo, over 400 cases of sexual abuse on public transport have been reported in 2017 alone. The level of under-reporting, however, as suggested by the Folha de S. Paulo survey, remains extremely high. Of the 29% of women who reported having suffered physical violence or verbal abuse in the last 12 months, 52% of them said they did nothing about it, with only 11% reporting the crime to the police. “Some people think that cases of harassment are increasing,” says Corrêa. “This is not the case: they’ve always existed, but it is only now that they are being reported more often.”

When adopted by public authorities, similar measures, such as all-female train carriages, have been roundly criticized for not doing anything to tackle the underlying problems at hand, and in some cases normalizing harassment and abuse on trains. Gabriela Corrêa is under no illusions that Lady Driver will stop women being harassed on all methods of public and private transport, but maintains that the app “serves as an alert to society, it shows them the difficulties that women face every day, and the size of the problem that has meant a service like Lady Driver needs to exist”.

Discover how architects are helping to clean São Paulo’s air.