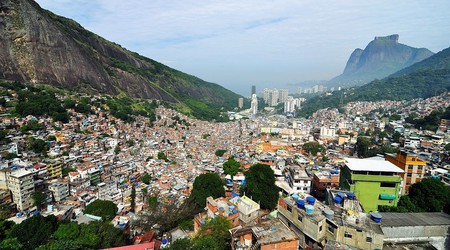 Safety is one of the most pressing issues for tourists visiting Rio de Janeiro, and the city’s reputation can be intimidating. The likelihood of anything bad happening to tourists is actually pretty slim. However, it is always wise to exercise caution and use common sense to ensure you have an unforgettable trip for all the right reasons. To keep safe in Rio, use our guide to the neighbourhoods that you should stay alert in.

Until recently, Rocinha was one of Rio’s safest favela and was host to many favela tours. However, a recent power struggle between drug lords and police has caused a series of spontaneous shoot-outs and army intervention as the authorities attempt to regain control over Rio’s largest favela. The worst of this incident took place over the course of a weekend and the police were able to restore some calm to the area. However, the future remains unpredictable and the army remain within the favela. Until the peace has been totally restored, it is best to completely avoid Rocinha at the moment.

Visiting Centro is an absolute must for tourists. It is one of the most culturally interesting regions in Rio de Janeiro with colonial architecture, impressive art galleries, elegant theatres, intriguing museums, and incredible street art. The reason we have added Centro to the list is that it is a neighbourhood that is best avoided at night when muggings or ‘lightning kidnappings’ (when a person is kidnapped and taken to several cash points to withdraw money before being released) can happen. During the day, the area is teeming with people and is safe. It’s advisable to keep your phone in your bag even during the day, although you will see plenty of locals using their phone in the street and it’s still fine to take photos. Just stay aware of your surroundings. 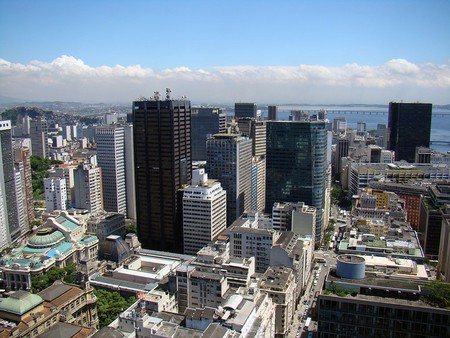 One of the city’s most beloved neighbourhoods and main artistic hub, Santa Teresa is another must-visit region for its wonderfully bohemian edge. However, it pays to exercise caution here. It’s best not to drive through Santa Teresa as the winding roads are confusing even for the GPS, and there have been cases of cars or motorbikes accidentally entering favelas and being shot at as a result. Take care when walking through the neighbourhood at night as street muggings are not unheard of. Ideally, take an Uber there and back or when moving between bars.

These two we will group together as they are neighbouring areas and pose the same risk. During the day, Praia de Botafogo (Botafogo beach) and Aterro do Flamengo (Flamengo Park) are wonderful and relatively safe places with picture-perfect views over the bay and of the Sugarloaf mountain. However, save your nighttime beach stroll for the safer Copacabana, as muggings in Botafogo beach and Flamengo Park may happen, especially as there is a larger community of homeless people in the area. If you go running there in the early evening – and it really is a great spot for running – just keep valuables hidden and try running with a friend.

Aterro do Flamengo at night | © Kirilos/WikiCommons

While it seems unfair to rule out an entire region, the north zone of the city is best avoided by tourists. There are some areas, though, that are worth checking out – Maracana stadium, the Feira Nordestina São Cristóvão market, and some of the Samba Schools – and these attractions are worth taking time out to visit. However, neighbourhoods such as Del Castilho, Bangu, Pavuna, and Cascadura are mostly residential and are bordered by sprawling favelas, many of which haven’t been pacified. Unless you go to a specific tourist attraction like the ones mentioned, then it’s simply easier to avoid the rest of the region.

Rio’s party region is obviously worth visiting for a taste of Brazilian nightlife. While it shouldn’t be avoided, you should exercise caution there to avoid getting a phone or your wallet stolen. Keep to the areas where people are and don’t wander off by yourself, especially after a few of Brazil’s potent caipirinhas. After a night partying there, it’s best to take an Uber that will pick you up from outside the bar or club. Lapa is mostly safe so take this advice with a pinch of salt. It’s simply a word of warning to keep to the main areas and to not walk around alone at night. 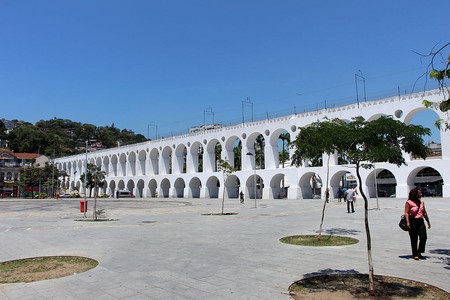 These two areas spill over into each other and share the same risks. There are a few points of tourist interest there, such as the Catete Palace and a few great restaurants to check out, such as Ferro e Farinha which serves thin-crust pizzas and smooth red wine. Besides the tourist attractions, they are not really neighbourhoods to wander around and take in the beauty or go exploring – save that for Copacabana, Ipanema, Leblon, and Jardim Botanico. Take care when walking around the area at night and keep belongings such as your phone in your bag.

Use this guide simply as a word of caution. Most tourists go to Rio de Janeiro and have a wonderful experience and don’t have any issues with safety. Like anywhere you visit, use common sense and be careful in certain neighbourhoods and you will have a great time in Rio.