The Most Underrated Towns in Brazil You Need to Know 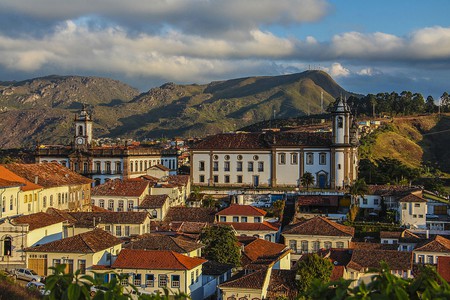 Brazil instantly invokes images of golden coastlines, wild rainforests, and sprawling metropolises such as Rio de Janeiro and São Paulo. Yet as the largest country in South America, there are plenty of other incredible towns and cities that showcase Brazil’s extraordinary diversity to the traveler with a little more time to explore. Here are some of Brazil’s wonderful towns that you probably haven’t heard of.

Once the main port for the gold trade during the Portuguese colonisation, Paraty still reflects its wealthy past. The colonial cobblestone streets are lined with small white buildings decorated with brightly coloured doors and window frames. The region is known for producing excellent cachaca, a fact that is celebrated each August in the Festival da Pinga, a long weekend of cachaca tasting, outdoor shows and homely, traditional food. It is a popular weekend getaway for residents of Rio de Janeiro who go to enjoy the tranquil setting and the wonderful boat trips to nearby islands. 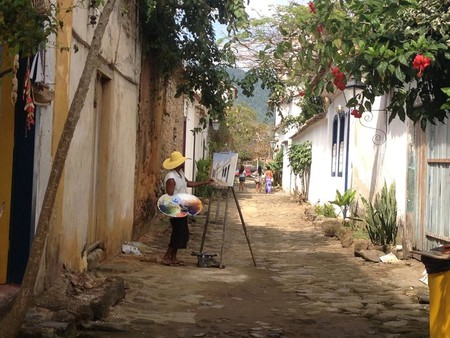 Considered the winter weekend getaway for wealthier São Paulo city residents, Campos Jordão is a small town nestled in the peaks of the Montiqueira Mountains. The Swiss-style architecture coupled with the sweet-smelling pine forests and mountainous backdrop set the scene of an alpine resort retreat. Its peak season is the Brazilian winter time – June, July, and August are the most popular months – where visitors make the most of the colder climate to enjoy one of the local specialties, fondue. In addition to the traditional cheese and chocolate fondues, the meat fondue is also popular. Chunks of raw meat are dipped into piping hot oil that is often infused with herbs and wine.

Located in the tropical state of Pernambuco with its hot climate all year round, Olinda is a small colonial town found on the hillsides next to Recife. It offers a quiet and charming retreat from the hustle and bustle of Recife’s fun yet chaotic lifestyle. The town is filled with fluffy green trees, manicured gardens, colonial churches and brightly coloured houses. It is also home to one of Brazil’s best Carnivals where traditions such as large street puppets still prevail and the streets are decorated with vibrant bunting and colourful costumes. 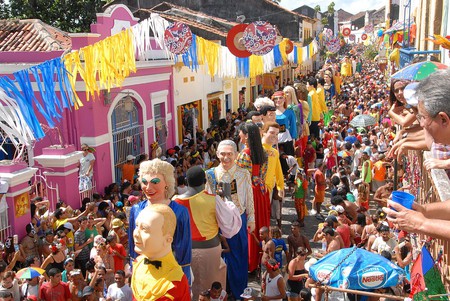 The Alpine-style architecture in Blumenau is the result of its German ancestry when German immigrants settled here in the 19th century. Its most famous characteristic is the annual Oktoberfest, a copy of its Munich counterpart and one of the largest street parties in Brazil, second only to the Carnival. It is also a popular holiday destination among Brazilians who are drawn to its European roots and customs. Local restaurants serve German Eisbein (ham hock) and Kassler (a smoked pork chop) among more traditional Brazilian food.

The former mining town in Minas Gerais is nowadays celebrated for its well-preserved architecture and charming historical features. The cobbled streets are lined with white buildings topped with red-tiled roofs and peppered with Baroque-style churches. It’s hard to walk down the streets and not be reminded of Portugal’s classic architecture. Not far from nearby Belo Horizonte, it is ideal for a quick day trip or a leisurely weekend. It is also a popular Carnival destination, especially among students and young adults.

The Bavarian feel of Gramado is thanks to the German settlers who arrived in the 19th century, a typical characteristic of many towns in the south of Brazil. The streets are lined with alpine chalets and chocolatiers, selling the creamy, light chocolate commonly associated with Germany and Switzerland. The nearby mountains provide great hiking and climbing spots and the region’s fertile vineyard soils mean that Gramado is home to several boutique shops selling locally-sourced wines on par with European and New World standards.

Lençois was built to help support the diamond boom in the 19th century. The former mining region hasn’t changed since then and is still defined by its cobbled streets and colourful houses that flank either side of the narrow roads. The main street is closed to cars and in the evening it becomes the main social hub. Restaurants scatter plastic chairs onto the pavements whilst locals and visitors gather together to drink, eat and mingle. A town still relatively untouched by tourism, it is characterised by its charming simplicity and friendly spirit.