The Most Underrated Towns and Cities to Visit in Brazil 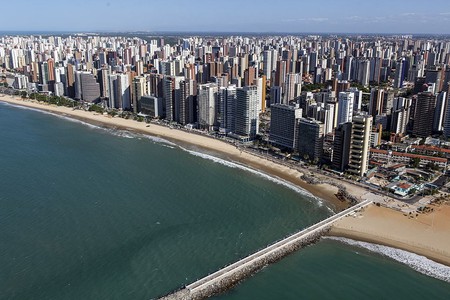 As with most countries, Brazil has its cornerstone cities that have come to define the nation and have shaped tourist itineraries for decades. While they are celebrated for excellent reasons—Rio de Janeiro and São Paulo speak for themselves—there are many other Brazilian towns and cities that are as equally sublime and don’t get the attention they deserve. Here are some of the country’s most underrated towns and cities.

Away from Brazil’s enticing coastline with no surrounding rainforest and not especially known for its spicy nightlife as other major cities, Curitiba’s appeal is not immediately easy to spot. Scratch a little deeper though and the intrepid traveler will discover a city rich in art, nature, and world-class urban planning, and is renowned as an exemplary city worldwide for its sustainable and recycling practices. The stately Botanical Garden has a delightful medley of blooms and plants, the Oscar Niemeyer Museum will please anyone even remotely interested in architecture, and the lack of crime there will leave anxious travelers feeling safe. 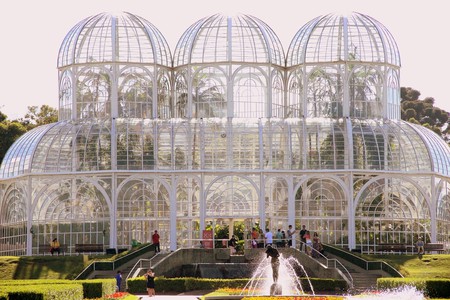 A small town sat in the middle of the quaint Minas Gerais countryside and surrounded by rolling hills and vast fields with cropped grass, Poço de Caldas is a quiet, unpretentious town, and is all the more charming for it. Venture out and roam the quiet streets littered with ambling cars and the faint clatter of hooves as a horse and carriage trots by. Stroll through carefully-manicured gardens rich with vibrant blooms, or take the forest trail to visit the Japanese Gardens marked with traditional architecture and native Japanese plants, before heading up to the highest peak to visit the city’s own Christ the Redeemer.

A combination of dozens of picture-postcard beaches, low crime rate, well-developed infrastructure, and diverse nightlife options has crowned Florianopolis as one of the best places to live in Brazil. Mostly made up a 54-kilometer island, it’s a city where the ultra-hip and contemporary pleasantly coexist with traditional and grandeur, as international restaurants and shops with chic minimalist window fronts stand proudly beside historical fortresses and colonial architecture dating back to the 16th century. It is also one of Brazil’s most popular kite-surfing hotspots. 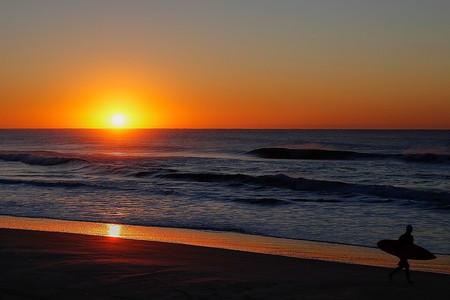 Just south of Recife, a city known for its shark-infested waters, Porto de Galinhas is close enough to be accessible but far enough to avoid the dangerous tiger sharks that lurk further north up the coast. Instead, this coastal town charms with its unassuming simplicity, and boasts one of the best beaches in Brazil, earning this prestigious title thanks to its soft sand, warm waters, and an abundance of natural pools formed by the tide that are brimming with less fearsome marine life such as shoals of tropical fish and the odd, timid seahorse. 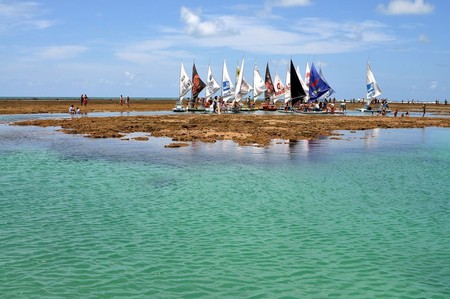 Its slightly isolated location in the north of the country relative to São Paulo and Rio de Janeiro means that although Fortaleza is a gigantic, sprawling city that is the principal economic hub of the northern state of Ceará, it is often all but missed from the average tourist agenda. However, the skyrise buildings edging the golden beaches before stretching back to accommodate the millions that live there have an almost Rio feel, and the unbeatable kitesurfing opportunities and tireless nightlife are some of Fortaleza’s most interesting appeals.

Located in the south of Brazil, Balneário Camboriú is not a name that registers with most travelers, yet its towering skyscrapers that edge the southern Brazilian coastline and its population of affluent residents have dubbed this city the Brazilian Dubai. The mild temperature that allows for beach days almost all year round yet without the blistering heat further north make a pleasant climate. The city will appeal to party-goers; it is home to three of the best clubs in Brazil, Warung Club, Green Valley Club (which reportedly makes around $1.5 million in one night), and Space B. Camboriú, an affiliate of Space. 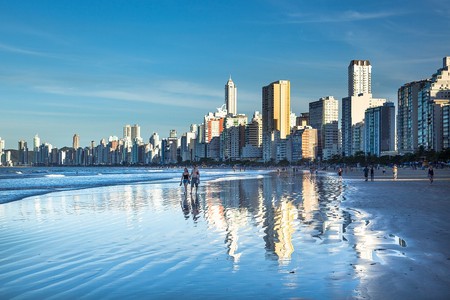 Caldas Novas is known primarily for water from its both natural and artificial thermal baths to its range of water parks and leisurely spas. For a luxurious treat, stay at one of the resorts that are built around the thermal pools before heading to one of the family-friendly parks with beloved attractions including adrenaline-pumping water slides and the more calming lazy river. When water gets too much, go exploring in Serra de Caldas State Park on forest trails edged by dense vegetation and peppered with tumbling cascades and a variety of birdlife.