The Most Beautiful Beaches to Visit in Santa Catarina 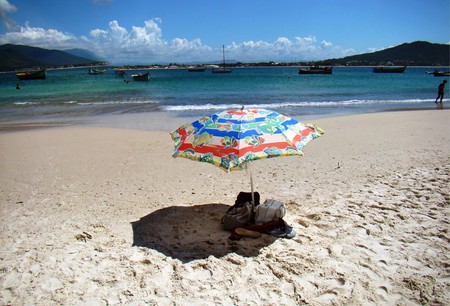 Chilling on the beach in Brazil | © Rodrigo Soldon / Flickr

The beach culture of Brazil is the American continent’s equivalent to Australia, where the majority of people’s free time, or breaks from obligations, are spent on the beach. Similar to Australia, the beaches of Brazil are stunning from north to south. In the second-southernmost state in Brazil, some 1200 kilometers (745 miles) from the famous beaches of Rio, is Santa Catarina, home to some of the most stupendous beaches in all of South America.

Firstly, it helps to remember that the pronunciation of an “r” in Brazilian Portuguese sounds like an “h,” as people from the state of Santa Catarina rave about Praia de “Hosa” and for good reason. Pink Beach sits in a large, bending bay with small sand dunes serving as protection from the offshore winds, and lush greenery covering the headlands. The waves can pick up here and offer a few different beach breaks for surfing beach-goers.

Most people on the island of Santa Catarina will tell you to make the journey to the south of the island, to the town of Armacao. From there you cross the little river to Matadeiro Beach. If you are willing to put in the work, though, you can trek the five-kilometer (three-mile) trail around to the other side of the headland, to one of the best beaches on the island. Lagoinha refers to the little lagoon that has dug its way through the center of the beach in search of the ocean.

Barra da Lagoa, one of the must-visit towns on Ilha Santa Catarina has a good chunk of beach nestled next to the river bank, which empties into the ocean. If you venture north along the sand, you will be on some untouched gold, known as Moçambique, named after the country in Africa, for whatever reason. Here the beach slowly curves north until the rocky outcrop known as Spider’s Point, so don’t venture too far.

Just past the popular but sometimes overcrowded Mole Beach, is the equally popular but more spread-out beach of Joaquina. At the turn from Rendeiras to go north to Mole Beach, hook a left and the road will take you over to the west side of the island and to Joaquina Beach. There is not much of a town at Joaquina, yet, but enough amenities to eat, drink, and park, and that is all you need with a beach this nice. 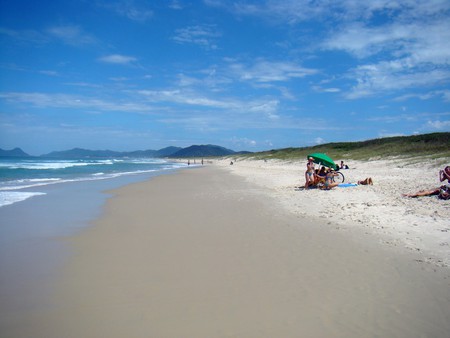 On the mainland of Brazil there are a lot of popular touristy beach towns, like Bombinhas and Balneário Camboriú, and if you stray from the city of Balneário and venture around a few bays, you will find Pine Beach, between Taquaras and Praia do Estaleiro. In comparison to the other massive bays in Santa Catarina, Pinho is quite petite but also still very much in its natural state, as it doesn’t have a town directly neighboring it, which limits crowds.

One of the bigger communities on the west side of Ilha Santa Catarina is the town of Campeche, which has its own beautiful beach. Make the extra effort, however, to cross over to the island in your view and you will be treated to a fantastic beach. From the white-sand beach, the grand Island of Santa Catarina looks absolutely stunning. With hills at differing distances portraying different shades of green and with the water at your feet and the jungle behind you, it’s a special place.

Chilling on the beach in Brazil | © Rodrigo Soldon / Flickr

The southernmost tips of Ilha Santa Catarina has a beautiful little beach squeezed between them. With so many lovely beaches on the island and in the state, Naufragados is often dismissed for something more easily accessible. Looking out from the beach, you can see the mainland of Brazil and, with no paved roads leading here, you feel completely alone and at peace. The lighthouse on the southern point also provides a gorgeous view on a clear day.

If you are the type of beach-goer who doesn’t like to stay put and you prefer beaches closer to civilization to come and go with ease, then you’ll want to check out the town and beach of Garopaba. The beach drags and stretches to the town up the coast, where at high tide the water can come right up to the street’s edge. A relaxing beach town and great alternative to big, busy Balneário Camboriú. 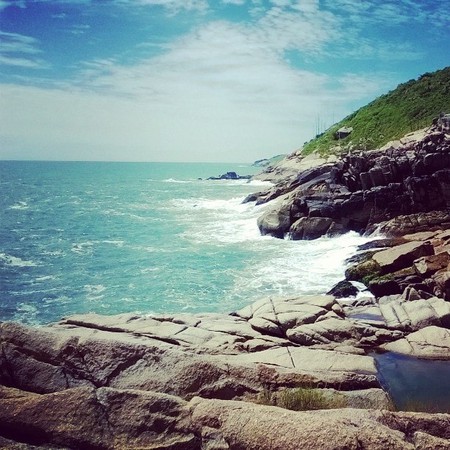