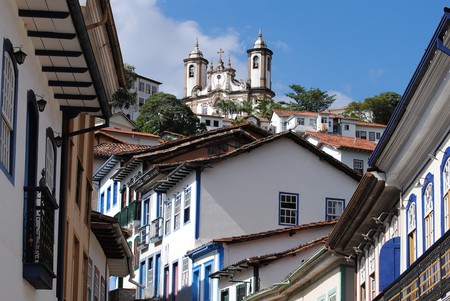 A colonial town in Minas Gerais, Ouro Preto was at the heart of the 18th-century gold rush in Brazil, and its wealth and prosperity remain in the well-preserved Baroque architecture that decorates the town. Brazil has 21 World Heritage Sites—14 cultural sites and seven natural sites—and Ouro Preto was the first one, receiving the title in 1980. Here’s the story of how it became Brazil’s first UNESCO World Heritage Site.

When European colonizers arrived in Brazil, they soon discovered that the land was replete with minerals and precious stones, and it wasn’t long before they extracted and mined what must have then seemed like an inexhaustible source of natural wealth. At the center of this fever was Ouro Preto, which became Brazil’s gold-mining town.

The first discovery of gold

It is believed that a slave made the first discovery of gold in the area, when he came across some unusual black metal in the riverbed of the river he was drinking from. The colonizers realized the black metal was actually gold and it soon became apparent that the area was covered in it—it had, in fact, the largest deposit of the metal in the New World. 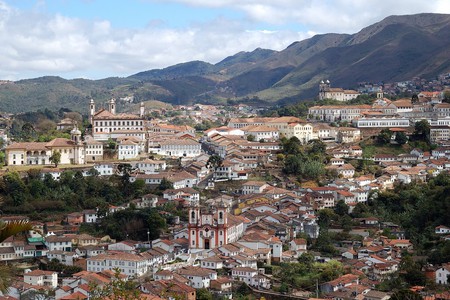 The gold rush ensued and, in 1711, the Vila Rica de Ouro Preto town was built in the area, providing close quarters for the Portuguese to start extracting the gold. The population eventually grew to 110,000 people—over twice as large as New York City at that time—with the majority of residents enslaved Africans who were forced to work in the mines. The city became the capital city of Minas Gerais in 1721 and was then known as just Ouro Preto—or “Black Gold.” 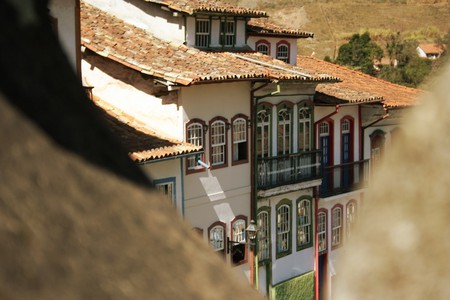 In the peak of the gold boom in the mid-18th century, Ouro Preto became a wealthy city, and property owners could afford to pay for the finest architects and artists from Europe and Brazil, including Aleijadinho, the most celebrated Brazilian artist in the 19th century, to design and construct the city’s buildings. As a result, the city was transformed with Baroque architecture, dozens of churches, intricate fountains, colonial façades, and miles of cobbled streets. 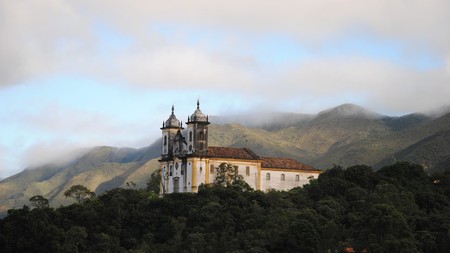 One of many churches in Ouro Preto | © Leandro Neumann Ciuffo / Flickr

While the city was turning into an architectural wonder, some locals were increasingly hostile towards the Portuguese colonizers. All the gold mined and extracted was taken to the weighing houses, where one-fifth was taken and given to the Portuguese Royal Family. The gold miners were finding the demands of the gold tax too high and started preparing for a revolution against the colonizers, in what became known as the Inconfidência Mineira. The revolution in 1789, led by Tiradentes (Teeth Puller) and a group of other Brazilian poets, including Claudio da Costa and Tomás Antônio Gonzaga, among others, was unsuccessful and quickly stopped. Tiradentes, who was considered the main leader, was hung and quartered in a gruesome execution to prevent such an uprising happening again.

Eventually, the gold mines were depleted in the 19th century and the source of precious metal dried up, leading to the decline in the city’s influence. In 1879, the new capital of Minas Gerais became Belo Horizonte, a title it still holds today. However, Ouro Preto’s defining architecture remains and, as a result, was rewarded the title of the UNESCO World Heritage Site in 1980, the first of many for Brazil.