The Kiosks Of Copacabana: The 7 Best Beach Bars And Eats 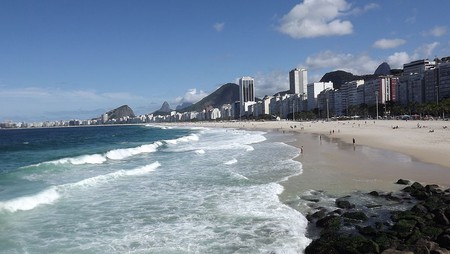 Kiosks (known as ‘quiosques’ in Portuguese) are outdoor bars nestled between Copacabana’s promenade and the beach that serve food and drinks to the sounds of live music all day and into the night. They have a special charm that sleeker, more formal restaurants tend to lack, and the combination of the salty air and a steady flow of fruity caipirinhas opens a window into the best of Rio’s culture. We round-up the some of Copacabana’s must-visit kiosks. 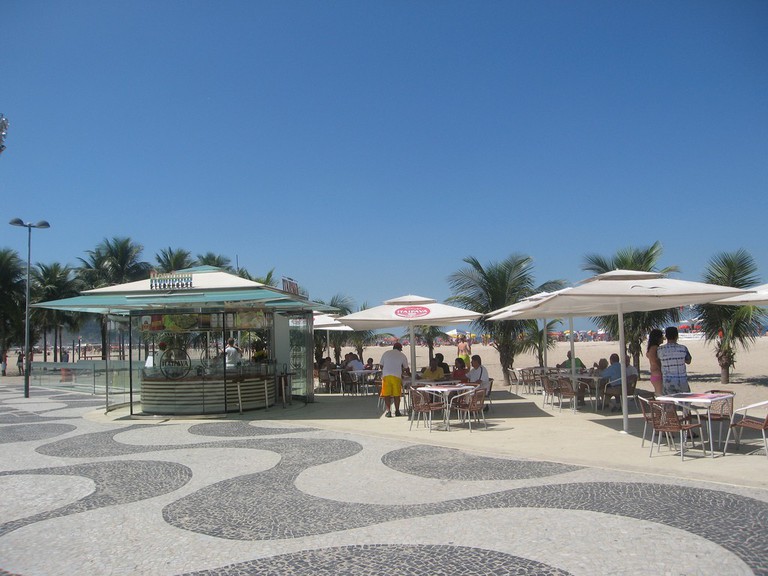 A typical beach kiosk | © Skellig2008/Flickr
This charming kiosk brings a slice of Ceara, a state in the north of Brazil, straight to Rio. Cearense food typically includes carne do sol (sun-dried meat), queijo coalho (a white cheese with a similar texture to halloumi) and sea food, and this kiosk serves this and more in abundance. With its generous portion sizes of authentic Cearense food, cozy tables and live music, this buzzing kiosk is one of the most popular ones and is well-known for its reasonable prices and good service.

Arguably one of the most famous kiosks in Copacabana, Globo Kiosk was built by Brazilian TV and news network Globo to interact with residents and tourists by broadcasting live shows from Globo on the TVs within the kiosk. There are various activities going on there throughout the day from live reporting and live music, to zumba and yoga classes. There’s also a bar that serves chilled beers and classic caipirinhas as well as simple snacks. Engaging and entertaining, this kiosk is not one to be missed.

Located right next to Pedra de Leme (Leme Rock), this kiosk is one of the fancier ones for its food and drinks, as well as superb visuals. Being right down at the far end of the beach gives a wide view all across Copacabana’s long, curving beach. Its speciality is espettos (hence the name) which are wooden skewers speared with food before being roasted. Embrace the Brazilian culture by trying a chicken heart skewer, a typical snack in Brazil, although there are plenty of traditional options too such as meat and cheese.

One of the more edgy kiosks with live music and a buzzing atmosphere, it draws in the crowds after the sun goes down as beach-goers head over for some chilled beers, typical kiosk foods and some hip-shaking music. The food is usually dried meats, pastels, sea foods, and sandwiches, the perfect bites to wind-down with some drinks and friends. The music varies between traditional samba and forro, to international rock and pop music. For New Year’s Eve, this kiosk holds exclusive parties with open bar and food for a fixed price, and one of the best seats in the Copacabana house for the ultimate view of the fireworks. 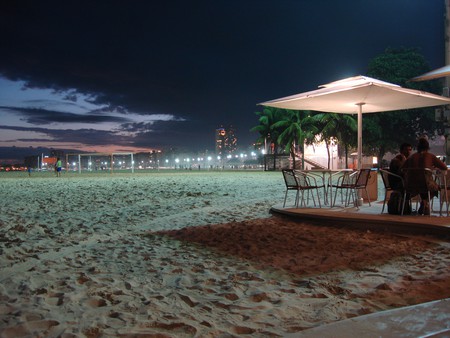 Pizza in a Cone

Whilst the name may not have a Brazilian ring to it, everything else about this kiosk is typically carioca with chilled beers, shore-side location and the occasional live samba or forro band. One distinct difference with this kiosk is what it serves food-wise and the reason behind its more unusual name; a pizza base wrap up into a cone and filled with melted cheese, tomato and whatever other filling tickles your fancy. The classic Margareti and Calabresa are the two most popular choices. Fun atmosphere, satisfying food and icy cold beers ticks all the right boxes for a great kiosk. 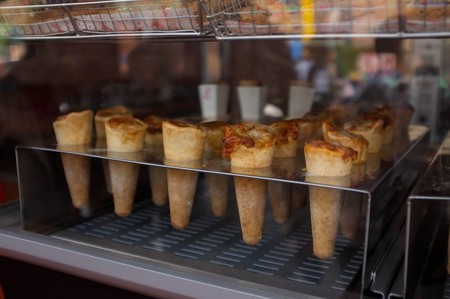 Bar, Food Kiosk, Brazilian
Facebook
Email
Twitter
Pinterest
Copy link
Share
Owned by former football player Dejan Petkovic, the atmosphere has the typically charged yet relaxed feel that comes from the frequent live shows of samba and pagode. The music tends to inspire a lot of the bar-goers to jump up and start dancing, so don’t feel shy to join in. The star of the menu is the carpaccio which, somewhat surprisingly, complements the kiosk’s carefully made caipirinhas. Other good menu choices is the salmon and the meat which, combined with the retro style of the venue and the cool sea breeze, creates a memorable night-out option.

‘The taste of the Sea’, as the kiosk’s name translates to, truly lives up to its title with its speciality lying in fresh seafood, caught on the day and served fresh at the table. There’s even a crab tank that has live crabs caught that morning. The layout of the kiosk is quirky compared to others around with straw and wooden decor, lounge chairs that spill out onto the sand and personal touches such as ornaments and wall hangings with sea life imagery. The live music suits a range of musical preferences from rock to house, drawing in a unique mix of people all throughout the week.