Between a dense forest and South America’s largest city lies a small patch of land that a Brazilian indigenous community calls home. Their struggles against urban development make them more determined to preserve the culture that has defined them for the last few hundred years.

“Every forest has spirits that give nature its existence. We are connected to the spirits. We feel their energy.”

Txana Nawa Iba Huni Kui is the spiritual leader of the Hunikui people. Standing in a traditional feathered headdress with strings of black beads hanging from his neck, he explains the intricate connection between indigenous people and nature. He has come from the north of Brazil to the south to visit his relatives from the Guarani community. 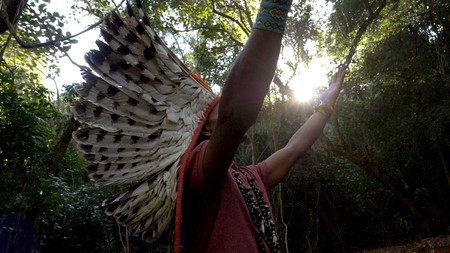 The Guarani people occupy five countries in South America and 85,000 of them live in five states across Brazil. Txana is visiting a small portion of this population (around 700 people), who live on the lands surrounding the Pico do Jaraguá mountain in São Paulo. Three families have lived on this 72-hectare plot of land since July 2014 when FUNAI (a Brazilian federal agency of Indian affairs) recognised it as traditional Guarani territory.

One of the villages on the land is Tekoa Ytu. Covering an area of 1.7 hectares, it’s the smallest indigenous land in Brazil and clings to the margins of South America’s largest city, São Paulo. Beyond the wooden huts and dirt-track roads of the Guarani settlement lies a busy highway and the constant dim of car horns and city life. Despite the urban intrusion, the community works hard to preserve their culture and pass down their knowledge and rituals to the younger generations. 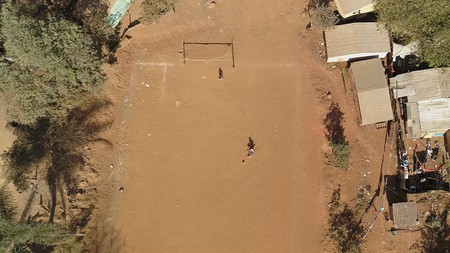 The residents of Tekoa Ytu depend on native plants for medicine, rather than prescribed drugs. As Txana fluidly moves through the trees surrounding the village, he bends down and cups a leaf, identifying it as “bawe”. It’s used to make an eyedrop that induces sleep, yet it also plays an important part in the rituals that take place during the new and full moon. During these ceremonies, the Guarani people sing to summon forest spirits and use bawe to stimulate visions that inspire the symbols and patterns on their colourful jewellery. Txana explains that the effects of bawe also “expand our knowledge and make us learn faster”.

Before the Portuguese colonised Brazil 500 years ago, there were around 1,300 indigenous languages across the country. Nowadays, that number has dwindled to approximately 180, a sobering figure that highlights the vulnerability of indigenous languages. However, the Guarani community is determined not to lose their identity nor their language. While children in Tekoa Ytu grow up speaking Portuguese fluently — a result of the current overlap between indigenous societies and modern development — they are also schooled Guarani at home and speak it among community members. The elders also teach teenagers the traditional dance, Xondaro, which teaches them not only to be warriors but to preserve their culture. 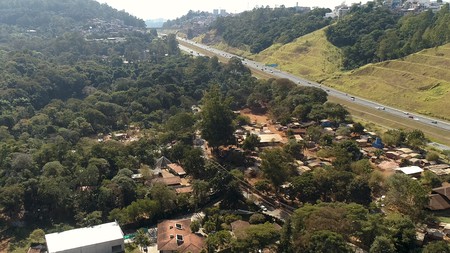 Across the land, the community in the Tekoa Ytu village grows corn, manioc, sweet potato, mango and sugarcane. They protect the natural environment that surrounds them and live in harmony with it, ignoring the bustling city to their sides as best they can.

“The city surrounds us, trying to control us with its energy”, says Txana. “But the spirit of the forest has always protected [the Guarani people], giving them food, work and life. It enables them to practice their culture and stay together.” 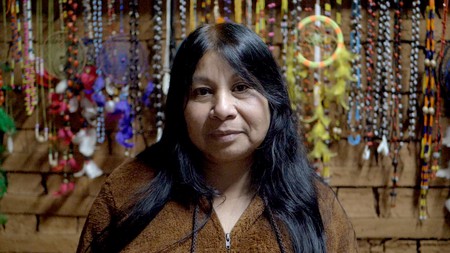 The Forest And The Concrete | © Culture Trip
Give us feedback