The Coolest Districts in Salvador

Pelourinho dancers © Tourismo Bahia/Flickr
Salvador is a buzzy and diverse city with proud African and Brazilian heritage. Its best neighborhoods are hotbeds of cool restaurants, laid-back botecos, interesting art spaces and, of course, bounteous beaches. A cool breeze blows in from the miles of yellow-sand beach that border the city, taking the edge off the sultry air and making it perfect for long, summery, music-filled nights. More modern, high-rise filled suburbs exist, but it’s the old city that is full of character. To make the most of super-cool Salvador, get in gear and go and explore these three districts.

Pelourinho, also known as the historic center, was established by the first Portuguese settlers in Brazil in the mid-1500s. With profits from booming trade, including slavery, they built ornate churches on grand squares and magnificent colonial buildings painted in the colors of the rainbow, with stuccoed windows and balconies. The area was given U.N.E.S.C.O. World Heritage Status in 1985 preventing it falling to the ground and making it a must-see for visitors. The streets murmur with the relaxed hum of life and people mosey quietly between shops, hostels, bars and restaurants. The culture that African slaves brought to the city lives on today. Be sure to book into a capoeira class, sample the street food and get lost in the mesmeric dancing at the nightly Balé Folclórico show. 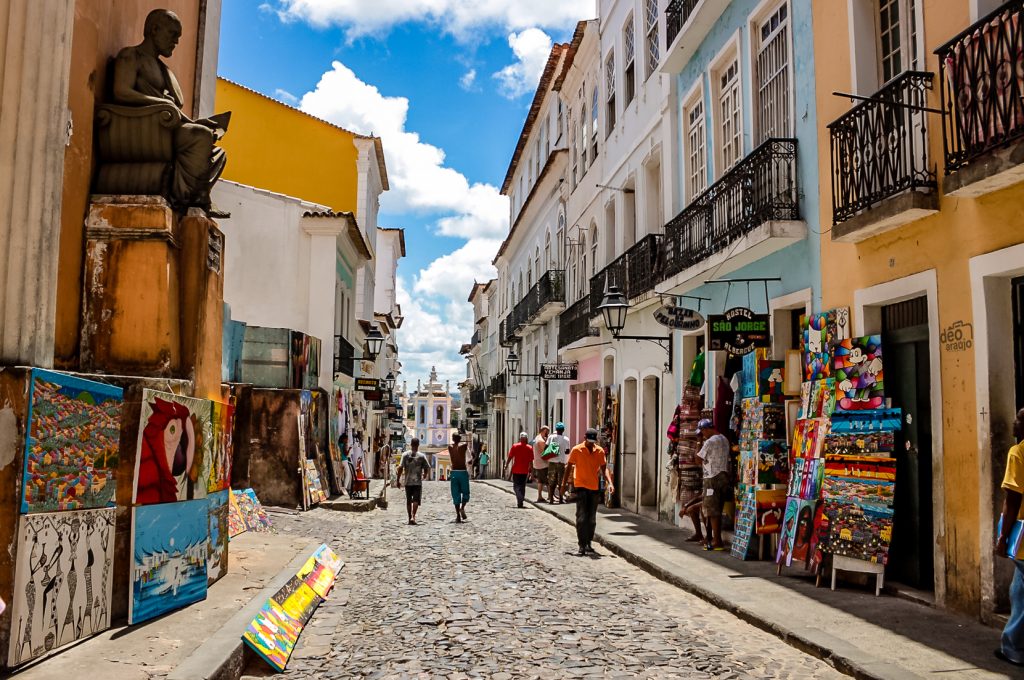 Shops in the Pelourinho © Débora Araújo/Flickr

Occupying the very tip of Salvador’s peninsula, Barra is a busy neighborhood flanked by the Bay of All Saints on one side and the Atlantic on the other. Its handsome lighthouse sits out into the sea and the sight of the setting sun is a source of daily joy to the people who gather to watch it. At New Year’s Eve the beach, Praia Farol de Barra, heaves with revelers dressed in white wading into the sea and watching the entrancing fireworks display. The rest of the year tourists and locals cruise up and down the wide, pedestrianized calcadão, walking, running, skating, and chatting. Stop for a coconut or a Chopp and watch the world pass by. After, there is no shortage of food options, from local beach bars that will welcome you with sandy feet to fancy restaurants, like Du Chef Arte e Gastronomia. 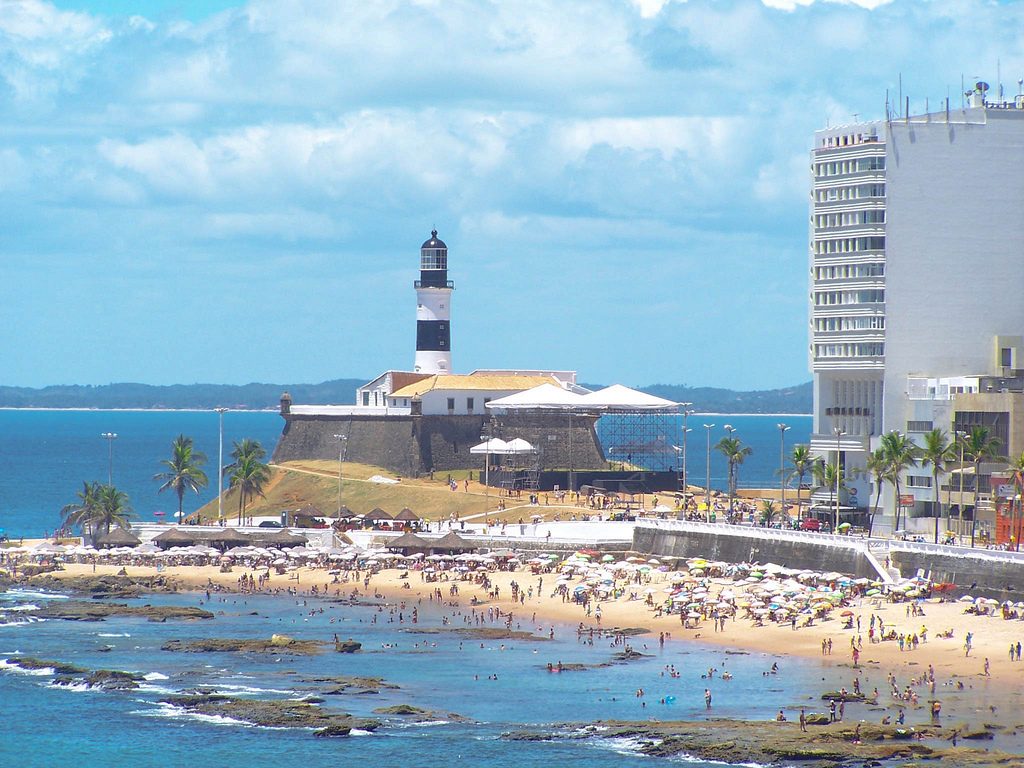 Almost on the water’s edge and made up of a wiggly grid of promenades, alleyways and rising residential streets, Rio Vermelho is Salvador’s bohemian and arty district. From the ’60s it was home to Brazil’s most beloved novelist, Jorge Amado, and his house is now open to visitors. On the street, as the sun drops ahead of the sweltering Salvador evenings, fold-up tables fill Largo do Dinha and the other surrounding squares. Bands strike up and street vendors selling acarajé, a local black bean and prawn fritter, battle to feed the long queues. In the newly renovated Mercado do Peixe, 11 restaurants have opened. The homely Casa de Tereza continues to hold its reputation for innovative Bahian food, while La Taperia has moreish Spanish tapas covered. Botequim São Jorge, Plural Com Você and any place where the samba drifts out the door will lure you to your feet. Commons Studio Bar is a must until the early hours.