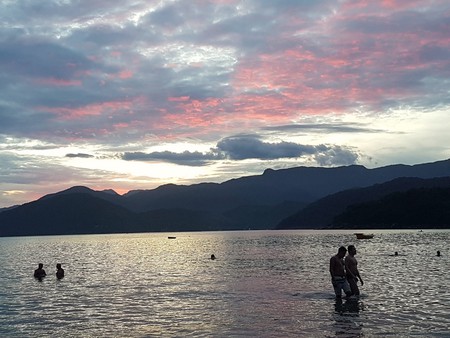 São Paulo has a reputation for being an incredibly hard-working city that never switches off. Much of this is true: Paulistanos do work long hours, often six days a week, so they make the most of any time off. While there is plenty to see and do in the city itself, the most Paulistano thing to do during the weekend or holidays is to get the hell out of Dodge. While the city is a cosmopolitan urban jungle, in the surrounding São Paulo state there are all sorts of beautiful, picturesque locations perfect for a quick getaway. Here is a list of some of the most popular spots.

The town of Ubatuba, along with its surrounding municipalities, is home to over 100 beaches of all different types, making it an ideal getaway for Paulistanos. It lies roughly 140 miles (225 kilometers) from São Paulo on the beautiful Litoral Norte coastline that runs all the way from the state of São Paulo to Rio de Janeiro and is accessible by bus or car. If you’re into surfing, check out Praia Vermelha do Norte or Praia Grande; if relaxation is your thing, Praia da Fortaleza and the stunning Praia da Santa Rita are the places to go. For a bit of nature, head to Picinguaba and take the boat over to Ilha das Couves, an almost completely untouched piece of paradise. 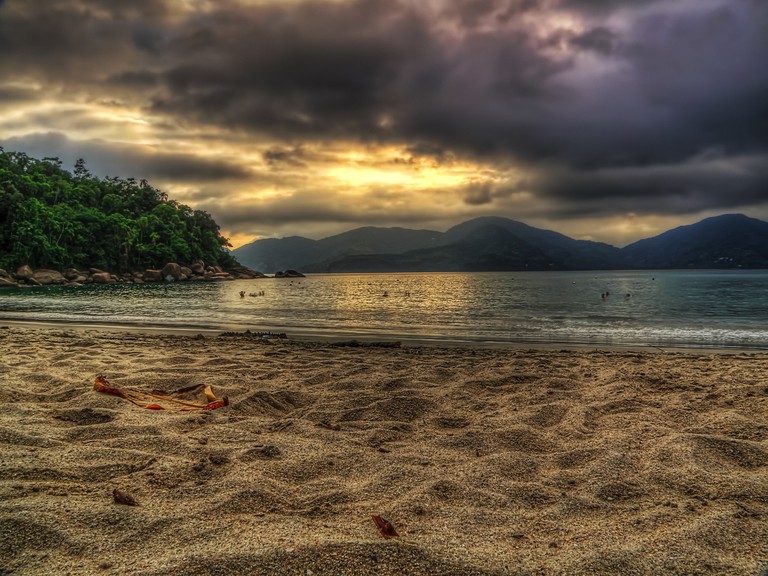 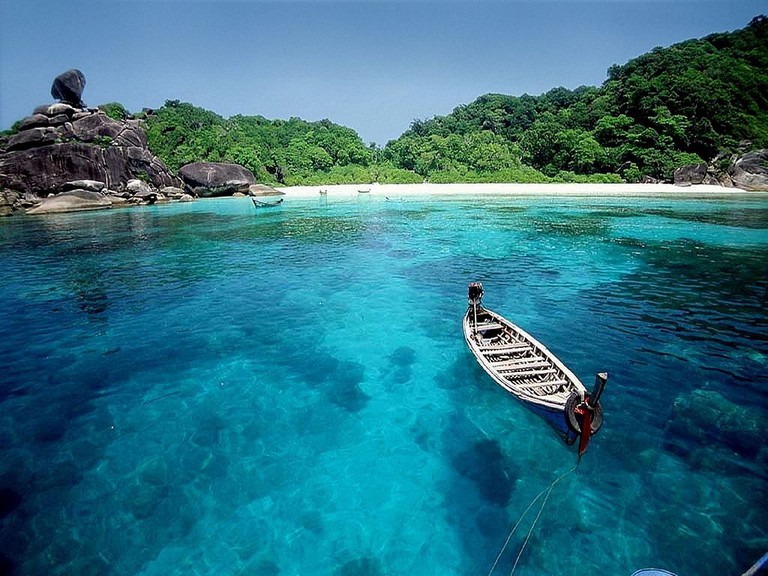 The crystal clear waters of Ilhabela in Brazil | © Marcescos / WikiCommons
Literally named “The Beautiful Island,” Ilhabela is a gorgeous archipelago of beaches, Atlantic forest, and waterfalls located just off the Litoral Norte coast. Accessed via a ferry from the city of São Sebastião, the mainland-facing side of the island has plenty of great beaches as well as picturesque Airbnbs and pousadas. The other side of the island can only be explored by 4×4 or boat, but it’s certainly worth it to visit the unforgettable beaches of Bonete and Baía de Castelhanos.
Open In Google Maps
São Paulo, 11630-000, Brazil
Give us feedback 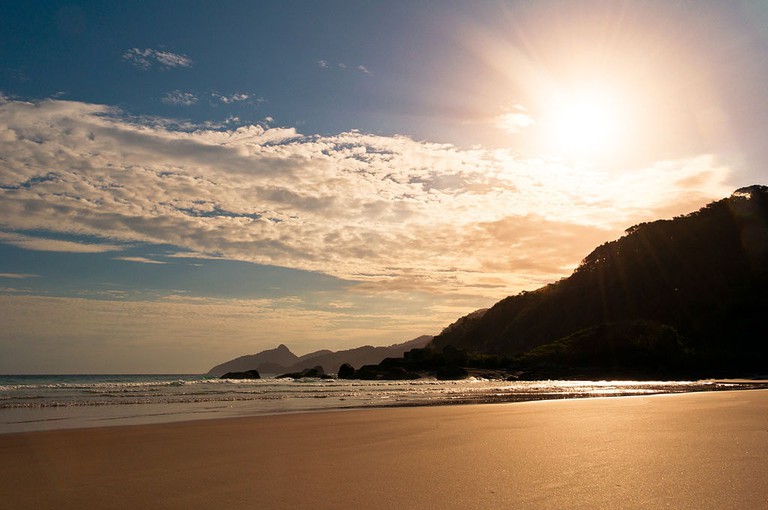 Lopes Mendes, one of the most beautiful beaches on Ilha Grande | © dabldy / WikiCommons
Close to the millionaire’s playground of Angra dos Reis, the island of Ilha Grande is a fascinating place to visit during a weekend away from São Paulo. Throughout its history, it has been used for many things. First, it was inhabited by the Tamoios Indians, and then it was a hideout for pirates. Soon after, it became a leper colony and then, up until the 1990s, a maximum security prison. While the idea of pirates, lepers and convicts may not sound so inviting, the plus side of this is that Ilha Grande’s 19,000 hectares of Atlantic forest remain almost completely unspoiled. Highlights include Lopes Mendes Beach and the amazing views from the top of the Pico do Papagaio hill.
Open In Google Maps
State of Rio de Janeiro, Brazil
Give us feedback

In the lesser-explored south coast of São Paulo, close to the border with the state of Paraná, lies Ilha do Cardoso, a near-deserted and pristine island of luscious flora and fauna and great untouched beaches. There are also lots of excellent nature trails around the island, and the locals (of which there aren’t many) will be more than happy to be your tour guides.

When Paulistanos are fed up with the beach, they head to the countryside. The state of São Paulo is deceptively huge and has some beautiful rolling hills and landscapes that are perfect for getting away from the hustle and bustle of the city. São Francisco Xavier, located approximately 90 miles (145 kilometers) from São Paulo, is a gorgeous town in the Serra da Mantiqueira hills and is an excellent place to unwind or go for a hike.

The colonial town of Paraty is one of southeast Brazil’s most famous tourist destinations, with its Portuguese architecture, cobbled streets, magnificent cachaça, and gorgeous surrounding islands. Accustomed to receiving plenty of visitors, the historical center of Paraty has it all, from cool bars to great restaurants, and during the day, there’s nothing better than a boat tour around the Paraty Bay, visiting all of the hidden beaches and waterfalls. 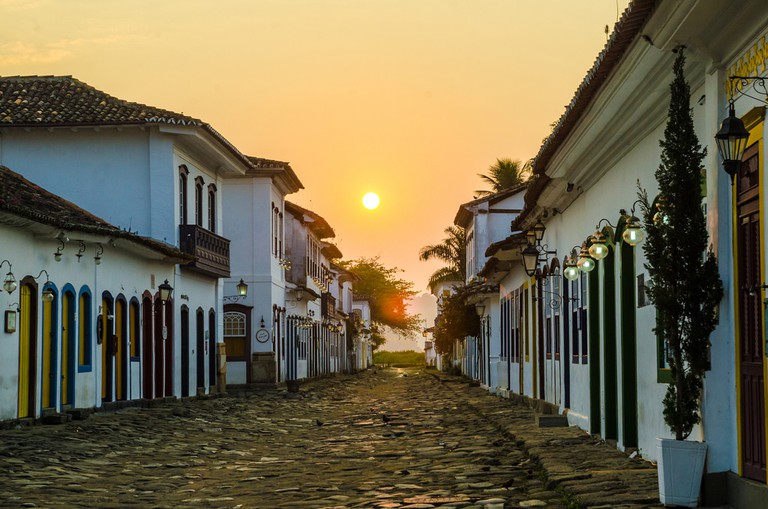 When winter falls, many Paulistanos flock to the city of Campos do Jordão, which is a strange tourist destination that looks like an imitation of a town in the Swiss Alps. The prices for accommodation are exorbitant, and restaurants are always booked up. Also, the traffic coming in and out is enough to make you want to tear your hair out. However, just nearby, there are a bunch of little lesser-known towns that are far more beautiful and don’t have the same infestation of tourists. Santo Antônio do Pinhal is one of these small towns and is a hidden gem in this gorgeous region. Situated up in the Mantiqueira Mountains, temperatures here can drop to below zero degrees Celsius (which is no mean feat in Brazil), and the winter landscapes are gorgeous.