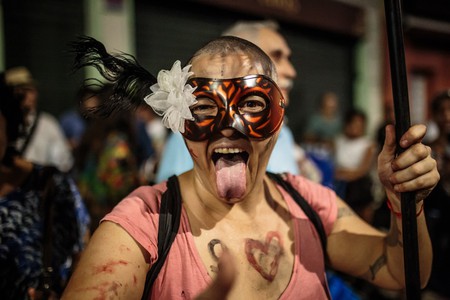 While Carnival in Rio de Janeiro takes place between February 9 and February 14 in 2018, the street parties celebrating the event can last more than a fortnight. In the first week of February, a holiday mood will descend upon the city as Carnival fever starts buzzing and the marathon drinking and dancing session commences. It will undoubtedly be a lot of fun with unique experiences and hazy memories, though it can wear out even the toughest party-goer. Here are some tips and tricks for surviving Rio de Janeiro’s Carnival.

Get a good group of people together

There is nothing better than enjoying Carnival with a bunch of like-minded people. Whether you go to the parades to see the extravagant floats and daring costumes or head to the heaving street parties, doing it with a group of fun-loving people will really elevate your experience. If you are a solo traveler, no problem – simply check into a hostel in the South Zone of Rio such as Che Lagarto in Copacabana or El Misti in Ipanema that are known for their sociable atmosphere and party-like vibe. 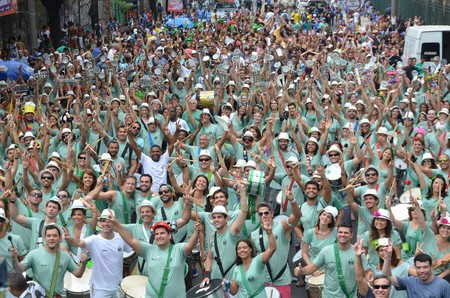 Get a good group of people together, especially those who coordinate outfits this well | (c) Rodrigo Soldon 2/Flickr

This will make a huge difference when it comes to enjoying the festivities. If you go to the parades, make sure hostel pickups and drop-offs are included in the cost of the ticket to make it easier getting to and from the Sambodrome where the parades are. Street parties near your hostel or wherever you’re staying don’t require much planning – just simply show up and have fun! However, if you are going to street parties throughout the city, you should think about how to get there as many roads are closed during Carnival. You should also see what time each party finishes so you can head over to another when one ends. 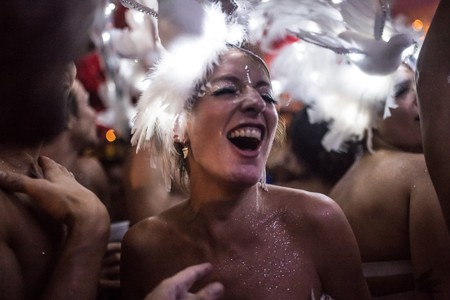 Decide which blocos to go to

A bloco is the Portuguese term for street parties and everyone has their favorites. Deciding which ones you want to go to beforehand will help you tailor the parties to your preferences, whether more boisterous, crowded events or calmer, smaller gatherings. Blocos such as Banda de Ipanema, Sargento Pimenta, and Cordão do Bola Preta are huge, with the latter attracting around one million people. Others such as Carmelitas and Suvaco do Cristo are a little tamer and the latter is more low-key. 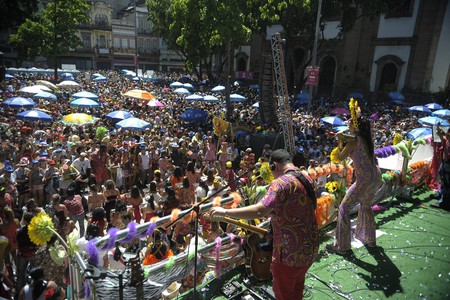 Don’t overdo it on the drinking

While it’s all very exciting being in a foreign country under the baking hot sun partying with thousands of people on the streets, it’s still important to keep a relatively calm head and not overdo it on the drinking. Although Carnival tends to be relatively safe, getting black-out drunk is not advisable anywhere, especially in a foreign place. Also, it is common to mix alcohol during Carnival with vodka and red bull, beer and melzinhos (vodka gel in long tubes) being the most popular drinks, so make sure you have some kind of hangover relief for the next day.

Some days in Rio can reach a steady 40 degrees Celsius with the sensation of 50 degrees. Couple that with excess drinking, not to mention the extra body heat, and you have the perfect conditions for getting dehydrated quickly. Make sure you drink plenty of water to avoid dehydration headaches and heat stroke. The heat can make you sweat a lot too, so be sure to get enough salt to keep electrolyte and sodium levels up. 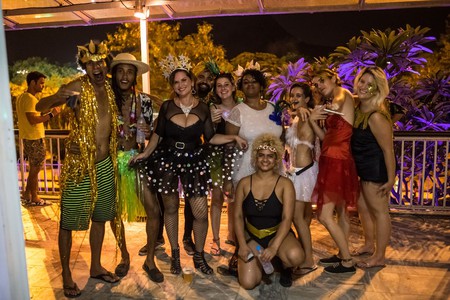 Stay hydrated to have a great time | (c) Mídia NINJA/Flickr

Be careful with your valuables

Here a bum bag (or fanny pack) will become your most useful accessory. Leaving your money or your phone in your pocket is not advisable as pick-pocketing happens during Carnival. Instead, leave your money, one credit card (leave another at your hostel or hotel) and your phone inside a bum bag and tuck it into your shorts. Take photos by all means, but be sure to put your phone back after. Also, don’t wear expensive or pricey-looking jewelry during the parties as snatch-and-grabs may happen. 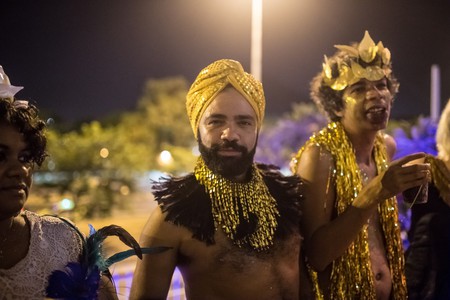 Get your costume ready

Carnival is a time to get dressed up in your favourite fancy dress. Popular themes include police, sailors, pirates, Wonder Woman, Minnie Mouse (for both men and women) and unicorns. However, some people go all out with far more elaborate designs such as showers complete with a shower curtain and water pack to spray water. The point is, anything goes during Carnival costume-wise and the only thing to really remember is that it gets very hot so costumes ideally are light and minimal. It’s also common for men to use just shorts and for girls to use shorts and a bikini top with a dusting of glitter.

Be prepared for flirting

The street parties are about drinking, dancing, socialising and, for some, kissing as many people as possible. Usually, it is the men that approach the girls during Rio’s Carnival and foreigners tend to receive quite a lot of attention. It is mostly harmless although some men may try holding your arm to get your attention. If you are not interested, just say ‘no’ or walk on and that’s usually enough for them to give up. If you are interested, don’t be surprised to kiss someone before knowing their name; it’s often just part of the Carnival spirit.