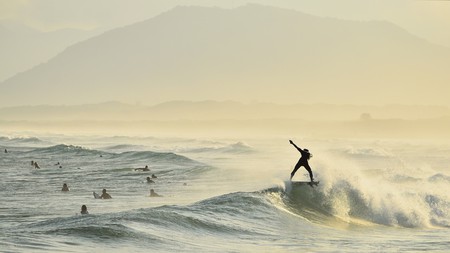 The best beaches and surf in Brazil are not reserved only for Rio de Janeiro, as waves break all along the Brazilian coast, across the country’s eastern shores. The northern states of Brazil are open, with the enormous expanse of the Atlantic Ocean opening up before them. These more relaxed shores, and the state of Santa Catarina especially, are home to some crumbling, curling breaks, and are rarely crowded. So all you have to do is take your pick from this list and paddle out.

Approaching the city of Florianopolis, you will be treated to some great beaches and quality surf. The most popular beach on the island, Joaquina, offers both. It stretches along a large portion of the backside of the island and, when the swell comes, it can produce a quality beach break that works farther out offshore, and can get very big during a large swell.

In the bottom-third of the province, you have the city of Imbituba, which is not to be confused with Ubatuba in the São Paulo province. Aesthetically it’s not much to look at, but the beach and surf certainly are amazing. There are a couple breaks in the surrounding areas, including famous Praia Rosa which has two. The main wave here is Praia Vila, a clean, curling and consistent wave that has hosted various global surf competitions. 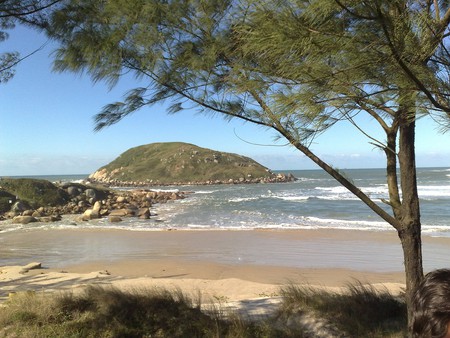 Speak of the “third rock” in Itapoa and you won’t be referring to our planet, but instead the frothing break Tercer Pedea. There are, as expected, three rocky headlands that stick out into the ocean along the coast, the third of which provides a nice, heavy but crumbling point break. 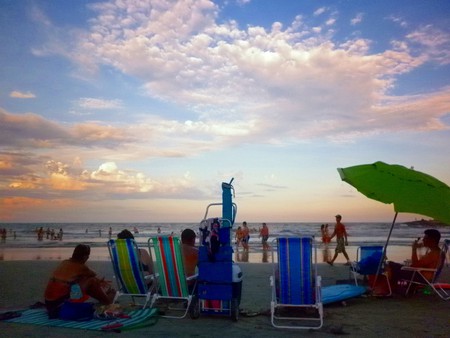 A fork in the road on Ilha Santa Catarina will either take you to Joaquina or towards Barra da Lagoa, where you will pass Praia Mole. The entrance is filled with barefoot surfers, trotting board-in-hand to the waves. Another long strip of sand, this is a good place for intermediate riders, as the waves tend to break closer to the shore and crumble rather than barrel. 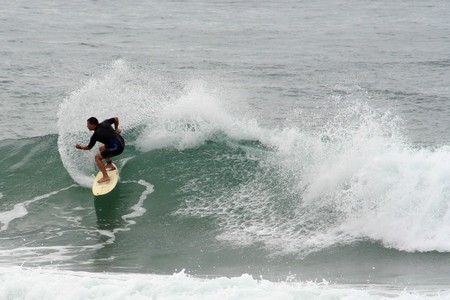 Imbituba, Itapoá, and Itapema round up the three “I” surf locations you want to know about in Santa Catarina, and the latter offers both a point break as well as a beach break, most notably Flamingo Beach. Both are quite consistent, especially during winter. One word of caution: this uniquely shaped bay is also known for its very strong rip, so ensure you have the back muscles to fight the pull. 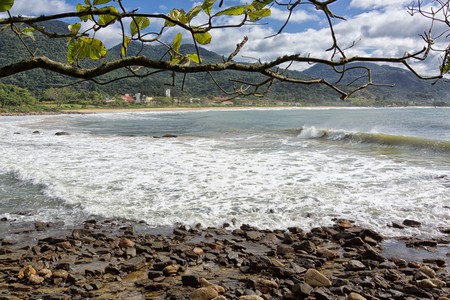 Jaguaruna is more of a beach area than a town, but if you’re looking for a challenge, which some would call a death wish, then catch Laje de Jaguaruna on a heavy day and you could be getting one of the most demanding rides of your life. The stretch of coast in the south of the province has a few varying beach breaks that crumble close to the sand but, for a heart-thumping experience, this “slab” is happening well off shore and will get your heart absolutely racing. 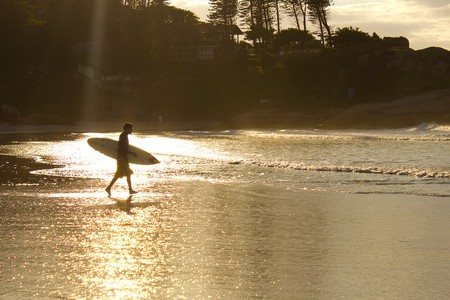 A beach town tucked away between Imbituba and the Island of Santa Catarina, Garopaba is a famous location for vacationers in the area. It also has a few breaks: Silveira, Ferrugem, Vermelha and Rosa Norte are the main waves close to Garopaba that offer a varying selection of waves. If one is not pumping enough, or is too much for you, you have a few to choose from depending on the day.