The Best Places to Surf in Brazil 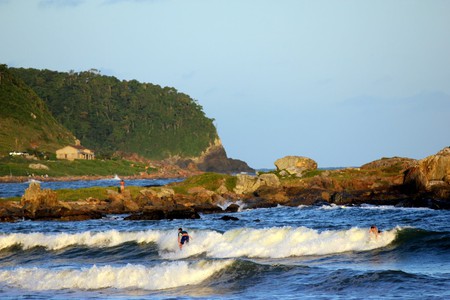 Bay after bay, beach after beach, wave after wave – the coast of Brazil contains more gorgeous spots than some continents dream of. It’s no surprise that Brazil is a dream destination for those searching some good surf – if that’s you, make sure to put these locations on your list. 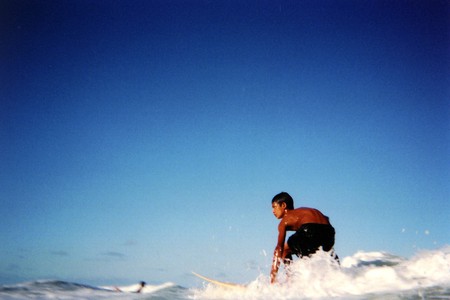 South of Rio de Janeiro city, but still very much a part of the metropolitan area is the city, and coast of Barra da Tijuca. The waves directly off the center of the city can often be crowded, but being such a long stretch of beach it’s easy to find a vacant crumbling wave or if you rise early, some crisp curling barrels. 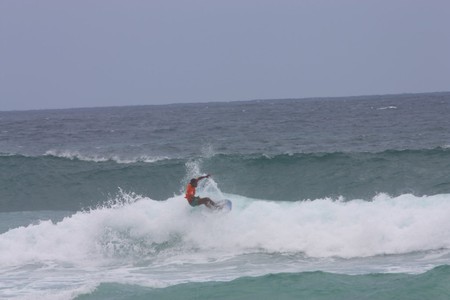 Decades ago, you could find surfers hanging ten on varnished planks of wood in Arpoado,r as it’s often referred to as Brazil’s flagship wave. Located right on the curve of Ipanema and Copacabana, the most famous beaches in Brazil, this left beachbreak can get quite big under the right conditions, but be wary as it’s often crowded – for good reason.

There are roughly 50 beaches on the island of Santa Catarina surrounding Florianópolis, so you’ll be spoiled with options to surf. The most notable are Barra da Lagoa for the beginner, Praia Mole which is consistently waist height and an easy fun wave for the intermediate, and Praia Joaquina for the more advanced. 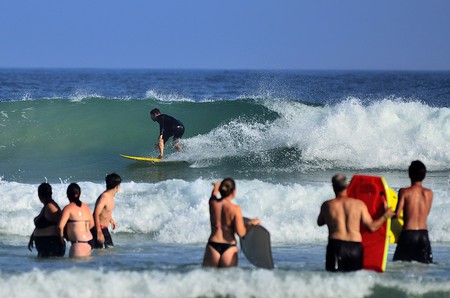 This archipelago of islands sit alone, over 350 km (218 miles) off the mainland of Brazil. Tourism is regulated here and they only allow a certain amount of people on the island at one time, so be prepared in order to catch these waves. If you are lucky enough to get out here, you will be in for an absolute treat as these volcanic islands are blessed with a similar situation as Hawaii, and are completely exposed to consistently clean swell highlighted by Cacimba do Padre, arguably the best wave in Brazil.

Remember that, however confusing, many states are named after the cities that capital them, similar to Rio de Janeiro. This wave is not close to the city center, but is one of the many incredible waves in the state of Rio. About 175 km (109 miles) north, the awkwardly shaped peninsula of Armacao dos Buzios sticks out into the ocean – on the south side is Geribá, which can be breaking at different points depending on the conditions, from big barrels out near the point on a big day, and crumbling, but strong waves breaking at different points along the beach that are perfect for long rides and practising airs. 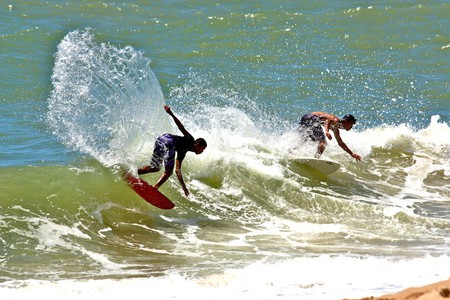 As the north west corner of Brazil begins to bend east, you’ll find the city of Natal. South of the city is one of the most famous beaches, and breaks in the north of the country. Praia de Pipa is a quiet surfing village and is surrounded by breaks, due to the piece of coast that juts out in the ocean creating great waves like Praia do Amor and Praia do Madeiro.

Sporting one of the few reef breaks in the area uncreatively named Corals (corais), this is a gorgeous tropical setting and a wave you can surf day in, day out. If you feel like leaving the sleepy little town in search of other breaks, you’re in luck, as north and south of the town provides quality beach breaks if the reef has had its way with you. 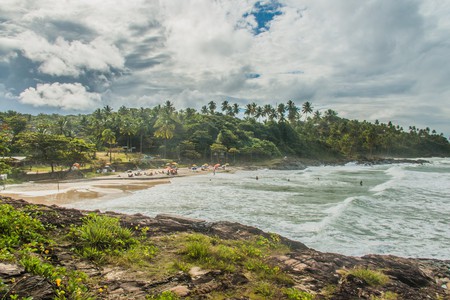 This is without a doubt the most unique wave to make the list, as you’ll actually be heading inland, away from the coast to find it. The town of São Domingos Capim even hosts an annual competition on this wave that is a natural phenomenon occuring only once a year in March, as a tidal shift draws in an enormous amount of water into the Amazon River Basin creating a river wave you can ride, if your legs hold up, for over 10 km (6.2 miles). 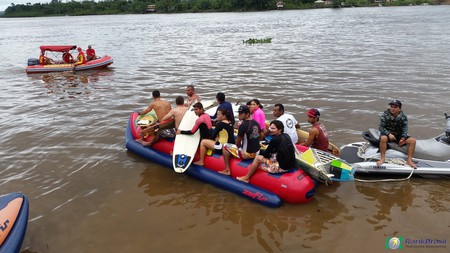