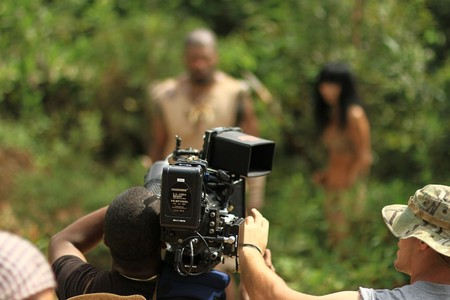 Undoubtedly one of the largest in Rio, Festival do Rio started in 1999 from a collaboration between Mostra Banco Nacional and Rio Cine Fest, and has since established itself as one the most important and well-attended events on the city’s cultural calendar. It has come to be known as a significant player, showcasing the major film highlights of the year, as demonstrated by the important names that have attended over the years, including Helen Mirren, John Waters, Im Song-soo, and Roman Polanski.

Another large-scale event in the world of film, the Festival Curta Cinema exclusively promotes and exhibits both national and foreign short films with a maximum length of 30 minutes. The main focus of the festival is a competition for the best short film where the winner qualifies to enter for an Oscar nomination. In addition to this highly intense and exciting competition, there is always a series of workshops, debates, and lectures.

The Mostra Internacional de Filmes de Montanha is a film festival that fills a very specific niche, showcasing the best films about nature, sports, and mountain culture from across the world, in addition to creating a well of information and experience from every corner of the globe. Filmmakers can enter into competition to win awards such as Best Film and Best Brazilian Film, with the choice of genre free for producers who in the past have created fictional films, documentaries, and animations aligned with the festival’s theme. In addition to screenings, there are also book releases, photo competitions, and photo exhibitions.

A post shared by Rio Mountain Festival (@riomountainfestival) on Dec 2, 2016 at 8:54am PST

Held at Centro Cultural do Banco do Brasil (CCBB), the Mostra do Filme Livre Festival is a four-week long event that has turned into the largest showcase of independent Brazilian cinema in the country. Last year, the festival attracted an audience of 18,000 people who flocked to see some of the over 200 films being exhibited, 30 of which were feature-length. With participation from filmmakers representing over 60 different Brazilian cities, the diversity of audiovisual pieces is huge and spread across all genres.

Now in its 4th edition, the Festival Brasil de Cinema Internacional is held every year in Rio de Janeiro and has become an important event to encourage film production and provide a window of opportunity for filmmakers to exhibit their audiovisual pieces. In addition to screenings, workshops, and discussion, there are also several awards under specific categories, such as Best Documentary, Best Fiction, Best Director, and Best Actor and Actress.

This festival raises awareness of the increasingly pressing issues of environmental concerns and sustainability. The free event showcases the best recent films and videos from around the globe that capture different perspectives and experiences about the environment. The result is a pool of worldwide knowledge about these issues that aims to motivate and inspire viewers to act or reconsider environmentally damaging habits. Other activities at Filmambiente Festival include workshops, debates, and panels, with various activities for schools and students too.