The Best Independent Bookstores in Salvador 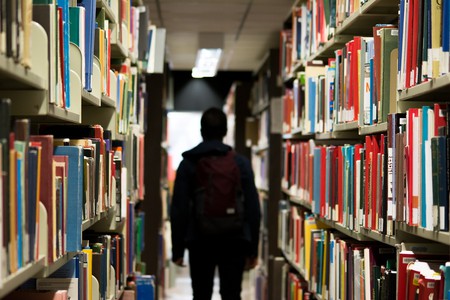 Browsing the bookshelves I © StockSnap/Pixabay

Salvador, birthplace and home of Brazilian novelist Jorge Amado, has a whole host of independent bookstores that lend themselves to a good browse. If you are looking to learn a little Portuguese, find out more about the city or get lost in seductive stories, then check out these top addresses. 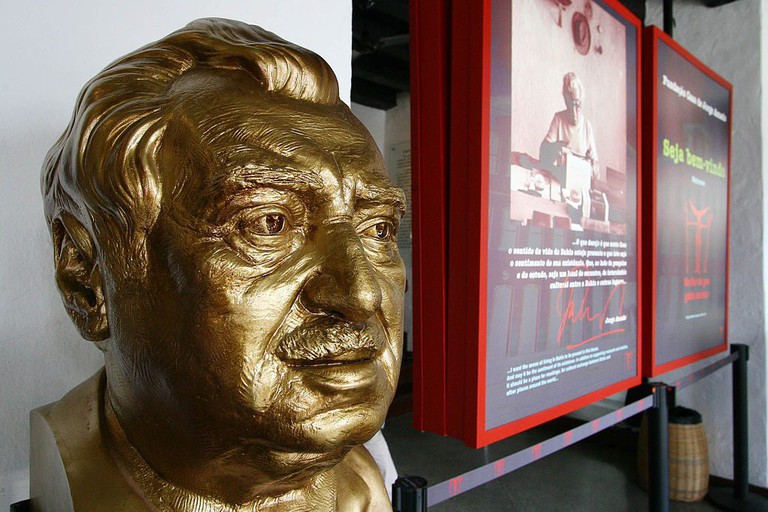 Bust of writer Jorge Amado | © Mateus Pereira/Secom/WikiCommons
The foundation set up in memory of one of Brazil’s best writers, Jorge Amado, is a good place to start shopping. Not only will you find the back catalogue of his books and those of his wife Zélia Gattai, but the museum gives an explanation of Amado’s best-known works and other information about his life and career. It runs a book donation service if you are looking to lessen your load.
Open In Google Maps
15 Largo do Pelourinho, Pelourinho Bahia, 40026-280, Brazil
Visit Website
Give us feedback

Bookstore, Shop
Facebook
Email
Twitter
Pinterest
Copy link
Share
Map View
The quirky bookstore Porto dos Livros in the Barra neighbourhood bills itself as a cultural space. Selling both new and second-hand books, it also deals in CDs, DVDs and vinyl, as well as hosting book launches, musical events and poetry readings. There is a reading and study space as well as a café within the shop for those after some peace and quiet or a cup of coffee.
Open In Google Maps
3564 Avenida Sete de Setembro, Barra Bahia, 40140-110, Brazil
+557130150093
Visit Website
Give us feedback 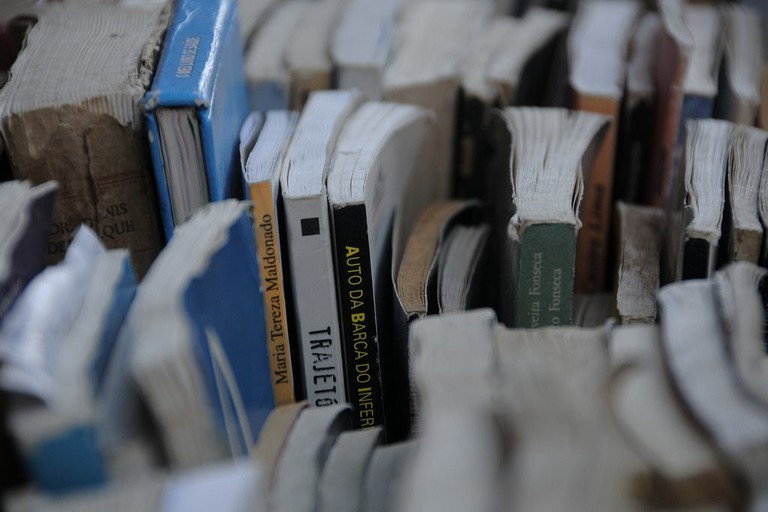 Second-hand books, Salvador | © dr_tr/Flickr
Sebo Brandão Bahia is an institution among Salvador’s bookstores. Having been going since 1969, it has over 500,000 works of literature in multiple languages under its roof. Books go from R$10 to closer to tens of thousands for the rarer examples. The bookstore is a family-run enterprise with father Eurico Brandão, in his eighties and still passionate about his job, claiming he has “a notion of almost everything” after a lifetime spent working with books.
Open In Google Maps
15 Rua Ruy Barbosa, Centro Bahia, 40020-070, Brazil
+557132435383
Visit Website
Give us feedback

Store
Facebook
Email
Twitter
Pinterest
Copy link
Share
Map View
Nearby on Rua Chile is another sebo –the word refers to the sweat and grease that books pick up in the hands of their readers. São José is a relatively new kid on the block, but the owner has had a long career with books and has built up a specialist collection which he sells from the store’s neatly ordered shelves.
Open In Google Maps
22 Rua Chile, Centro Bahia, 40020-000, Brazil
+557130150130
Visit Website
Give us feedback

The Pink Dolphin – a reference to Brazilian folklore – is a popular and much-loved independent bookstore in Barra. It steers clear of selling the commercial bestsellers and instead has a particularly good range of local and Brazilian literature, among others. There are often events, such as talks and book launches, and a number of the staff speak excellent English.

Bookstore, Store
Facebook
Email
Twitter
Pinterest
Copy link
Share
Map View
The Bookstore of the Third Millennium is on a mission to “connect those who are awakened and being awakened”. As well as selling books on spiritualism, healing, self-help and philosophy, the store hosts talks, offers consultations and runs meditation and yoga sessions.
Open In Google Maps
28 Rua Macaúbas, Rio Vermelho Bahia, 41940-250, Brazil
+557132404444
Visit Website
Give us feedback

Bookstore, Store
Facebook
Email
Twitter
Pinterest
Copy link
Share
Map View
This bookstore sells religious titles, particularly related to evangelical Christianity. Though it is well stocked, it is possible to request absent or soon-to-be-published books to be delivered to the store. The store is in a densely populated area called Liberdade and is best reached by taxi.
Open In Google Maps
235 Rua Lima e Silva, Liberdade Bahia, 40375-014, Brazil
+557132421068
Give us feedback
Give us feedback