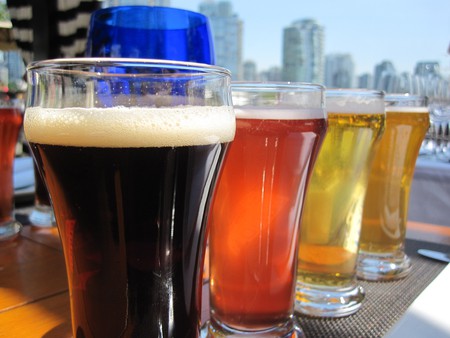 Craft beer is a relatively new concept in Rio de Janeiro, with the trend gaining momentum in the last couple of years. Most breweries set up shop in Minas Gerais when they see Rio’s high taxes and pricey real estate, but the ones who bravely took on the challenge are now successfully producing and selling some superb beers. Here are some of the best craft beer brands and breweries cropping up in Rio.

A young brewery that started in 2014, Hocus Pocus now has its own bar in Botafogo that sells its Carioca-certified (made in Rio de Janeiro) beer. The wood-panelled setting with rustic beer taps and long, shared tables creates a cosy environment. Within their range, Hocus Pocus serves a Belgian golden ale called Magic Trap at a hefty 9% ABV, and they also have a selection of American Pale Ales, American IPA, and amber ales.

The three friends behind this local venture originally named it the Three Monks but changed it to Three Monkeys when a group of curious monkeys came over to investigate the beer making after being drawn to the smell of the brewing hops. Since 2013, Three Monkeys has launched several notable beers, including the Brownie Ale – which blends brown ale with cocoa and an Indian white ale. Three Monkeys have produced a beer in collaboration with Vezpa (a classic pizza venue in Rio) – dubbed the Wit Vezpa – and it can be tried in any of the Vezpa restaurants.

The 3 Cariocas is the mastermind of three Carioca (residents of Rio) friends that have been producing award-winning beer since the start. Their first lot of IPA – known as IPA-nema – won a gold medal at a beer competition in Brazil and set the ball rolling for the production of other incredible beers. The names of their beers link back to Rio and its culture, including LAPA, an American Pale Ale, and cOPAcabana, the result of a collaboration with Three Monkeys. Their website highlights all the venues throughout Rio de Janeiro where you can try their beers. Pub Escondido in Copacabana is a contemporary-style pub that serves 3 Cariocas on tap in addition to various other national and imported beers.

2cabeças is known for its innovative streak. The brewery hosted the Dia da Cerveja Imura, an event that encourages breweries to make beer with just one rule: the traditional German ingredients – water, hops and yeast – are not allowed. The result was a blend of unusual combinations such as coconut water and honey and led to some fascinating flavour mixes. The 2cabeca’s own Funk IPA is a sweet blend of tropical fruits, and their passionfruit IPA is smooth and refreshing. 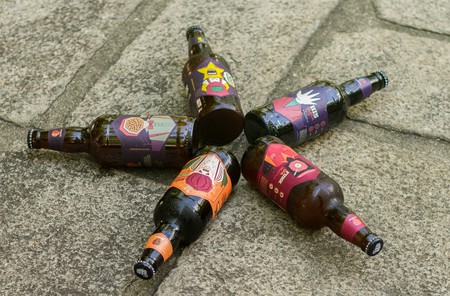 This small brewery near Copacabana offers bold flavours among its various types of beer. RockBird have successfully created the sour amber brett which falls in the ‘acquired taste’ category as well as the Hoppy Bird – the brewery’s first product – which is a light, flavoursome American pale ale. The brewery keep their focus on the niche market, targeting an audience that want flavour, personality and diversity in their beer.

The Buda Beer brewery is located in Petropolis, a small, imperial city on the outskirts of Rio de Janeiro. Petropolis is known for the Bohemia factory that produces a lot of the state’s beer and also includes an impressive factory tour. Yet for craft beer, Buda Beer offers a solid selection of traditional styes such as the IPA, weiss and a red ale. Their pub in Petropolis comes with incredible reviews for its on-tap beer, classic pub food and wonderful atmosphere.

Jeffrey’s trademark logo of a duck smartly dressed in a suit is instantly visible and is becoming a familiar face on the carioca craft beer scene. The four friends behind the Jeffrey brand have created some incredible beers, such as the red pilsen, a light, red beer made in typical German style, or the Nina, a Wit Bier of 5.3% ABV made via traditional Belgian methods. The Jeffrey store is a cosy, creative environment in Leblon that serves Jeffrey beers and brand merchandise.