The Best Cities to Visit in Brazil Near Rio De Janeiro 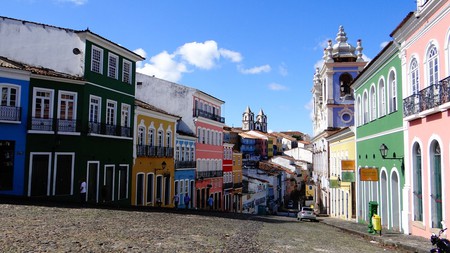 Depending on your sense of distance, Rio de Janeiro is relatively near to many other great cities that range from just an hour or so away by car to a couple of hours by plane. By Brazil’s standards that’s pretty close, and if you have an extended stay in Rio it’s easy – and worth it – to check out other places and explore the country’s vast culture. Here are some great cities to visit in Brazil that are near to Rio.

São Paulo is just an hour’s flight away from Rio de Janeiro and is a journey made by hundreds of people every day, mostly motivated for work reasons as executives travel between these two huge but very different cities for business meetings. From the first glance, São Paulo can seem a vast, grey city yet underneath this somewhat uninspiring facade is a rich, colorful and vibrant culture, a city that never sleeps and anything goes. The gastronomy and nightlife scene is unrivaled in São Paulo, one of Brazil’s best party spots. 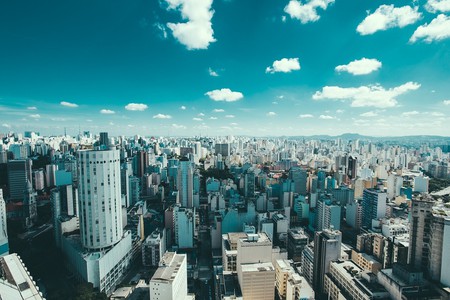 Another huge city about an hour’s flight away, Belo Horizonte in Minas Gerais has a more laid-back vibe than the hustle and bustle of São Paulo yet it’s far from Rio’s sleepy neighbor. The Savsassi neighborhood is buzzing from the happy hour thrill as the after-work crowds home in on the lively bars and fill up on Belo Horizonte’s delicious bar snacks – Minas Gerais is famous for its good, comforting food – and super cold beers. BH, as it is often shortened to, wears many faces from its vibrant bar scene to an abundance of weekend street markets, live concerts throughout the city and the famous Inhotim – the interactive art gallery set inside a Botanical Garden, just a short car drive away. 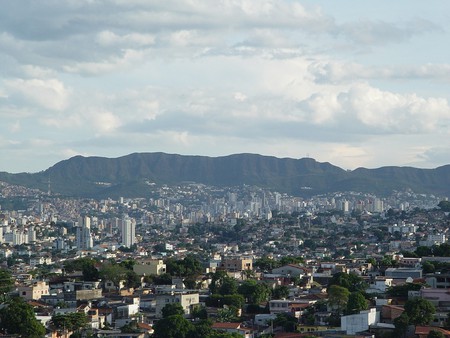 With São Paulo to the south, BH to the west, finally there is Salvador that forms the northern point of the triangle of major cities that surround Rio, each one an hour’s flight away. Like Rio, Salvador is comfortably nestled right alongside miles upon miles of glorious golden coastline, giving it the feel of a vibrant metropolis while at the same time, maintaining that leisurely-paced, beach-centric vibe. Salvador is the birthplace of samba and axé, so music is a big part of the culture and one you can’t miss, whether you want to or not. The city vibrates with a buzzing energy and, coupled with friendly people, it’s a city that promises an unforgettable stay.

A bit closer to home is Petrópolis, around an hour’s drive away from Rio de Janeiro and still within the Rio de Janeiro state. Petrópolis is a charming city filled with history from the Imperial age and was the home of the former emperor of Brazil. Although the age of the emperor has long gone, remains of this era exist in the form of large palaces and imposing museums adorned in period decor. Other attractions include the house of Santos Dumont – the man who invented the airplane, depending who you ask – and serene mountainous landscapes all around from the Serra dos Órgãos National Park that has glorious viewpoints and long, forest treks. 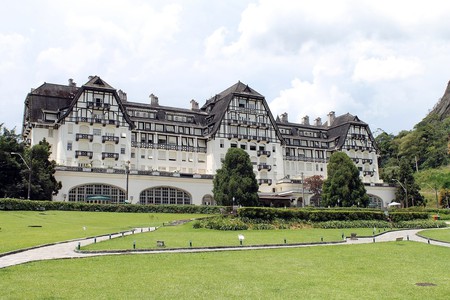 On the outskirts of Belo Horizonte, Ouro Preto is a medley of cobbled streets and colonial architecture, a well-preserved reminder of the past lucrative gold mining. Follow the streets that wind up the surrounding hillsides as the city’s 23 churches are best enjoyed from a high viewpoint. The city has a calm, cozy vibe enhanced by the abundance of restaurants that generously dish out large portions of classic, Minas Gerais food with cold local beers or freshly-made caipirinhas. Life there seemingly plods along at a leisurely speed, though the pace changes dramatically in February when Carnival comes and students from around the country flock to enjoy jam-packed street parties and all-night shows.

Just an hour and a half away by flight – a hop, skip and a jump when considering Brazil’s huge land mass – Curitiba in Paraná is not the usual choice of destinations in Brazil – one of the reasons it should be on anyone’s itinerary. Far from being overrun with tourists, Curitiba offers a more authentic local experience and its low crime rate will provide some relief for anxious visitors. For a pleasant afternoon, take a stroll around the Botanical Gardens, rich in colorful blooms, or visit the Oscar Niemeyer museum for a walk through the history of Brazilian architecture. 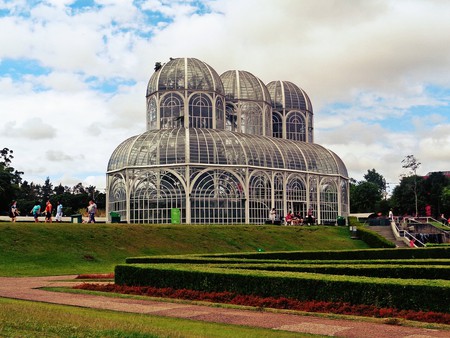 Located up in the hillsides of São Paulo state, Campos do Jordão is a small city just a few hours’ drive from Rio that offers a winter retreat with its Swiss-style architecture, mountainous landscapes and thick pine forests filling the air with a sweet, comforting smell. The great outdoors is one of the main appeals there with ample hiking routes and horseback riding opportunities, yet most people make the effort to get there for the hearty fondues. The creamy cheese and rich chocolate fondues are classics, but save room for the meat one with chunks of tender beef or chicken ready to be dipped in bubbling hot wine or herb-infused oil.