The Best Cinemas and Theatres in São Paulo 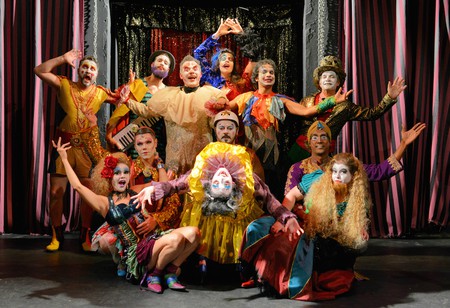 São Paulo has the largest number of entertainment venues in Brazil. With over 164 theatres and close to 300 cinemas, there really is something for everyone: from the latest Hollywood movies to experimental theater. We have chosen three theaters and three cinemas that shouldn’t be missed. 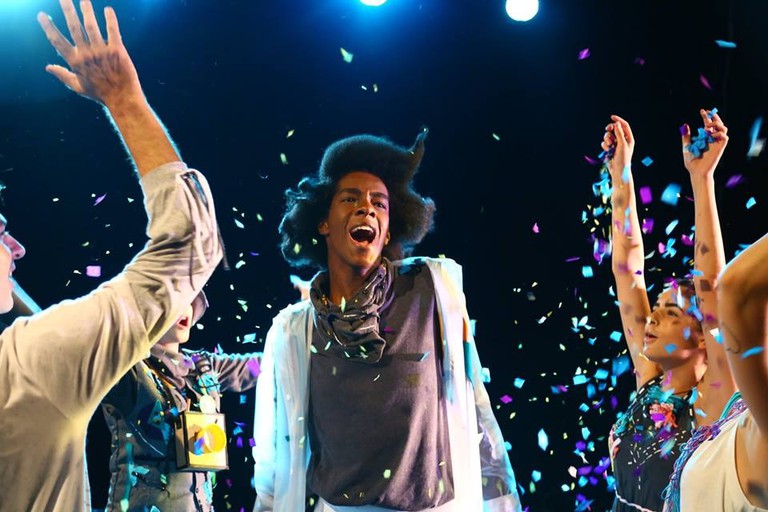 A theater performance at Satyros in São Paulo | © Satyros
The two theatre spaces of Os Satyros are run by the Satyros Theater Company, an experimental Brazilian theater group, founded in São Paulo in 1989. In the early 90s, still in the headquarters of the Bela Vista Theater, the group started a tradition of annual cultural marathons, lasting 78 uninterrupted hours. The same concept continues to influence the activity of the group in its two venues in Praça Roosevelt, where the company’s members put on the Satyrianas, with events in theater, music, cinema, dance, literature, circus and photography from Friday afternoon until Sunday night. This annual event, which adopts the ‘pay as much as you can’ philosophy, can attract more than 10,000 people. The theatre group has been credited for helping to revitalize Praça Roosevelt, they have produced more than 77 shows in their history, performed in 17 countries and received 46 awards – including the major Brazilian theater. 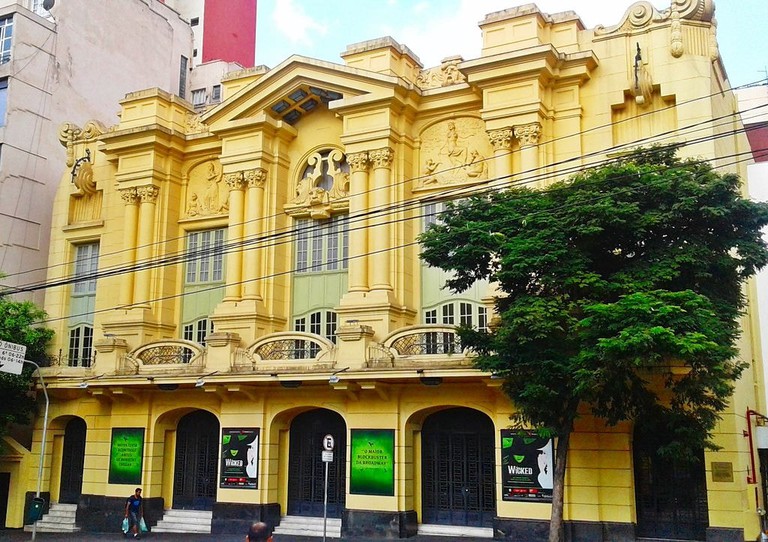 The Renault Theater in São Paulo | © Gallibd / WikiCommons
Formerly named the Paramount Cineteatro the Renault Theater was inaugurated in 1929 as the first sound cinema in Latin America. Its facade, as well as the exterior area of the auditoriums were built in the Art Nouveau style. The theater has a capacity for 1530 spectators and a stage of 210 square meters, considered one of the best in the city. In the 1060s the theatre opened up its doors to musical concerts featuring great names in Brazilian music like Tom Jobim and Elis Regina. Currently the majestic building puts on Portuguese productions of some of the best Broadway hits like Wicked, The Phantom of the Opera and The Lion King. For the first semester of 2017 the theater will be presenting Les Miserables. 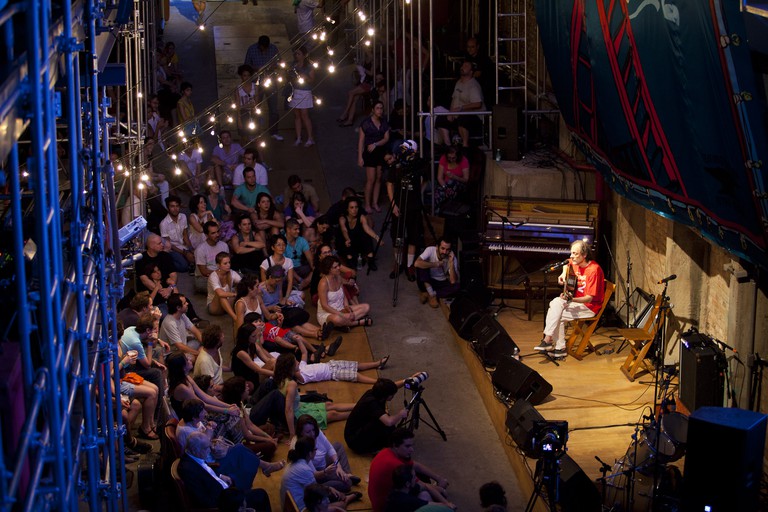 Teatro Oficina | © Ze Carlos Barreta/Flickr
Known for its performances during the dictatorship era, Teatro Oficina is an icon in the Brazilian theater scene. Created in 1958 by a group of would-be lawyers from the University of São Paulo Law School, it is still maintained today by one of the most famous among them, controversial director, José Celso Martinez Corrêa.
The current space was inaugurated in 1993, with the architectural design of Lina Bo Bardi, the same architect who designed São Paulo’s Art Museum (MASP). The theatre group has shaken up the theatre scene in São Paulo by taking world classics such as Shakespeare’s Hamlet and Euripides’s Bacchae and performing them in Carnival Opera styles, or as modern musicals with numerous choral cast and a live band. 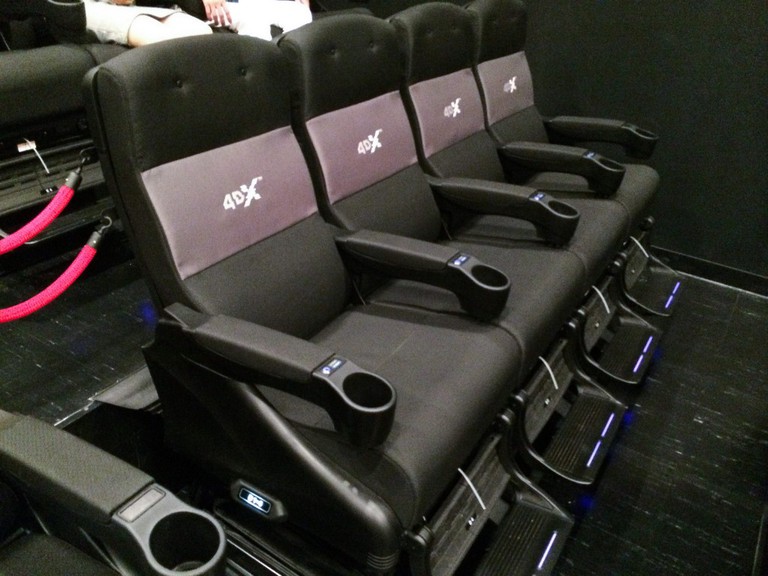 4DX chairs found in one of the cinema rooms at JK Iguatemi Shopping, SP | ©Dick Thomas Johnson
If you want to see the latest movie, there’s no better way to do so than in the JK Iguatemi Cinema. Located in one of the newest and most luxurious shopping malls in the city, JK Iguatemi, the cinema has eight large movie theaters, six of which are VIP, equipped with comfy chairs, reading lamps and bar service during the showing. The other two have IMAX technology and 4DX, the first movie theater in South America to have such technology. Don’t miss the delicious gourmet popcorn with truffle olive oil, among other gourmet snacks.

Cinema, Movie Theater
Facebook
Email
Twitter
Pinterest
Copy link
Share
The Reserva Cultural is one of the few cinemas in the capital that shows independent films and foreign productions outside the Hollywood circuit. The movie theatre, located smack in the middle of São Paulo’s most famous avenue, Avenida Paulista, usually shows cult movies, documentaries, and other alternatives to the offerings at most other cinemas. The four rooms are equipped with a projection system for both 35mm film and digital projection. The cinema’s atmosphere is charming and offers guests the option to buy art or cinema books and CDs, and have a coffee or a meal in the small restaurant. 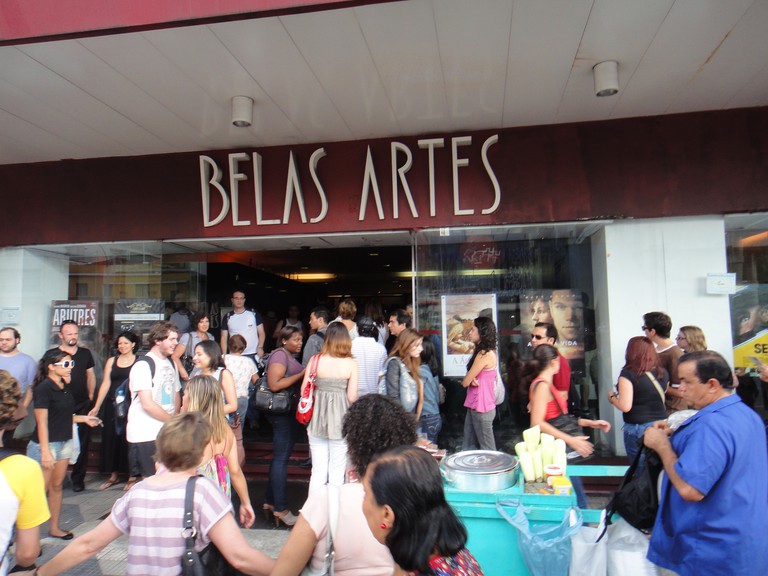 Cine Belas Artes | © Everton Zanella Alvarenga/Flickr
This cinema site has been used since 1956, but in 1967 it became Cine Belas Artes. Due to its alternative programming the film house has become one of the most important intellectual and artistic meeting places in the city. In the middle of 2002 the cinema was almost closed, causing a furor among movie enthusiasts. The commotion was so intense that an independent production company took over the cinema and after a major renovation it was opened again in 2004. The cinema maintained its alternative programme, with an average of 10 films per week. In 2011, another crisis beset and again people took to the streets to protest against it closing. Four years later, after a petition of more than 90 thousand signatures, the largest mobilization ever held in Brazil in defense of a cultural heritage site, the space was re-opened with the help of the city and a major federal bank. Today Cine Belas Artes continues to enchant avid movie goers with its classics, foreign films and independent productions.
Give us feedback