The Best Brazilian Beers to Try on Your Next Trip 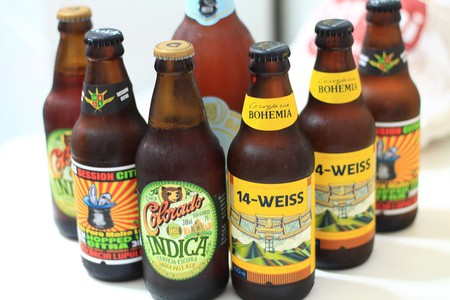 While caipirinha may well be the national drink, what Brazilians truly love is an extra cold beer for Brazil’s hot and humid days. From nation-wide, mass-produced beverages to homemade craft beers, there are plenty of options to choose from. Here are some of the best Brazilian beers to try on your next trip to Brazil.

These are the beers that you will probably find in almost every typical Brazilian bar and are the most common beers across the country. Many of these brands are owned by the beverage company giant, AmBev. Keep your eyes out for any of the following macro-beers in the local, low-key bars in Brazil.

One of the nicest among the macro-beers, Bohemia is a light Brazilian beer and comes in several variations. The brand has a factory in Petropolis in Rio de Janeiro which offers guided tours to the public including interactive displays and beer sampling at the end. Among the different types of Bohemia are the Weiss, the Bohemia Pilsen, and the stronger Aura Lager.

If you have ever spent Carnival in Rio de Janeiro, you will see that Antartica is the beer of this annual event and all the street vendors sell only Antartica during the blocos (Carnival street parties). However, it is also a popular beer all year round and is sold in most Brazilian botecos (Brazilian bars) in large 600ml bottles ideal for sharing between groups.

Brahma is usually sold as a chopp (small glass of beer) in bars rather than in large bottles. The reason for small glasses of beer as opposed to large pints? It helps the beer stay cold and fresh in Brazil’s balmy climate and so is far more pleasant to drink than a pint that would heat up quickly. It’s a popular brand and a Brahma chopp is often considered the perfect remedy for a long day. 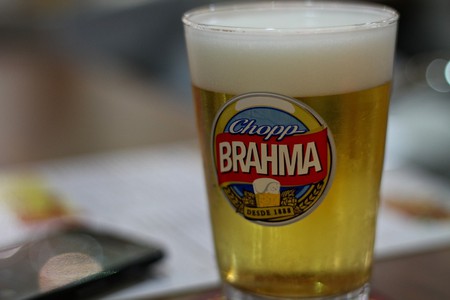 The kiosks in Copacabana mostly sell Skol and, like the other brands mentioned above, Skol is also owned by AmBev. The taste of Skol is similar to the other brands yet the subtle differences are enough for people to favor one beer over the other and Skol is not usually the favorite option. However, it’s still popular, especially when served extra cold. 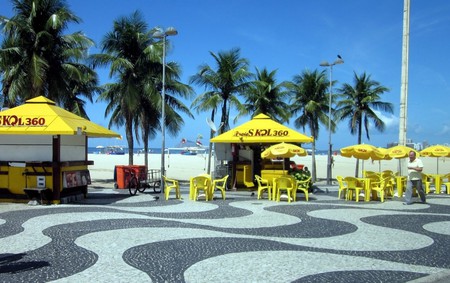 Arguably one of the best macro-beers, Original is usually served in 600ml in Brazilian bars and its smooth, clean taste is popular among most people. Along with Bohemia, it is also one of the most expensive among the other macro-beers.

The Itaipava beer is one of the least popular macro-beers in Brazil yet many drink it due to its availability and low cost. In addition to the classic Itaipava sold in cans or 600ml bottles, there are also different versions such as the strong ‘escuro’ Itaipava, the Itaipava Pilsen, and the non-alcohol Itaipava.

These are some of the most popular craft beers in Brazil that are sold in supermarkets and some beers, especially the newer, in hipster bars or upscale restaurants.

One of the most popular craft beers, Jeffrey originates from Rio de Janeiro and is instantly recognizable from the smartly-dressed duck on the label. Some of Jeffrey’s best beers include the Nina which is a witbier made using traditional Belgian methods and the red Pilsen, a light German-style beer.

Among the best beers of the 2cabeças is the passionfruit IPA and the Funk IPA which blends tropical fruits into sweet and smooth craft beers. This brand is also the host of the Dia da Cerveja Imura which sees breweries produce any kind of beers they want under one condition: strictly no yeast, hops, or water are allowed. This leads to a wonderful mix of beers using all sorts of other ingredients such as honey as an alternative. 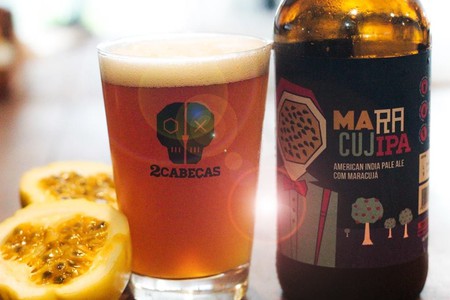 Among the best craft beers out there, Hocus Pocus is well-established on the scene, despite being only four years old. Some of their most notable beers include the Magic Trap (a type of Belgian golden ale) and their amber ales, American Pale Ales, and their American IPA.

A micro-brewery in Sao Paulo, Cervejaria Nacional produces some of the best craft beers in the country. The Mula IPA is one of their best with a hint of citrus and a potent 7.5% which will leave you with a warm glow after. 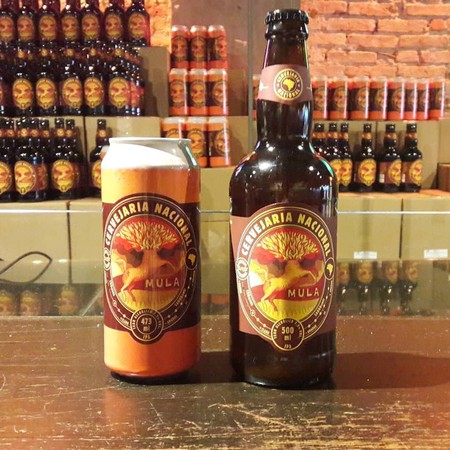 Three Monkeys has a solid selection of great craft beers including their Indian white ale, the Wit Vezpa (which can be tried at Vezpa, a pizza chain in Rio de Janeiro), and their smooth brown ale, the Brownie Ale.

If strong beers are more to your liking, then the Imperial Stout from the Cervejaria Invicta brewery will be right up your street. The beer has a mighty 10.8% (so not one for the lightweights) and comes with a thick texture with hints of dark chocolate and caramel.