The Best and Cheapest Time to Visit Brazil 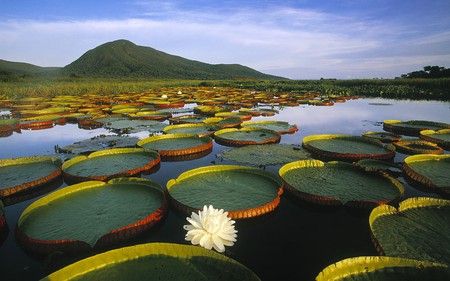 Planning a trip to Brazil? Knowing the best time to go depends entirely on what you want to do while you’re there as well as taking into account your budget. To make the most of your trip and help you plan your finances, we round up the best – and cheapest – times to visit Brazil.

Winter in Brazil is the opposite of the Northern Hemisphere and lasts from May to September. In the north of Brazil, the weather remains positively tropical with days averaging between mid 20s to low 30°C (68 to 86°F) . In Rio de Janeiro, the winter is like summer in the north of Europe, varying between 14°C and mid 20s (58 to 77°F). However, thanks to the humidity, the evenings there can feel surprisingly chilly so make sure to bring a jacket and jeans. There is also more overcast and rainy days in Rio’s winter but also plenty of blue skies and sunny days. Winter is one of the best times to go hiking and sightseeing in Rio thanks to the cooler temperatures and lack of haze providing endless views. 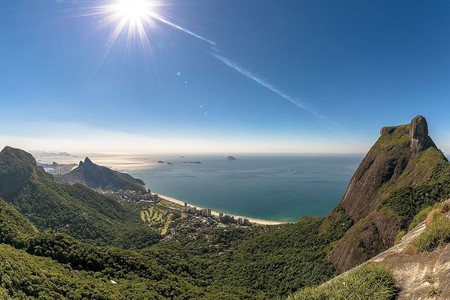 In São Paulo, the winter can feel colder than Rio, especially as most buildings are built for hot, summer weather and don’t have heaters. The south of Brazil is cold in the winter, with some areas reaching minus temperatures – especially on higher ground – and some regions even receiving a light layer of snow or ice.

Between November and March, the temperatures in Rio de Janeiro soar and can hover around 40°C (104°F) with a thermal sensation of around 50°C (122°F) some days. It is also the time with the most rain yet storms come hard and fast so rarely last long. In the north of Brazil, including the Amazon, the rainy season starts from December with the heaviest rainfall between March and May.

Summer brings tropical weather all across Brazil with the temperature increasing from south to north. It is humid throughout Brazil as well so be prepared to drink plenty of water and keep your sunscreen topped up.

Best time to go for wildlife and nature spotting

If you go to the Pantanal, the world’s largest tropical wetlands, the best time to go is the dry season between May and September. If you are a keen bird-watcher, the best time to visit is between July and September when the water levels have seeped back and the grass becomes visible across the marsh, perfect resting points for a variety of different species of birds. For a chance of spotting a jaguar, head to the Pantanal between June and August.

The wet season is between November and April where the rain comes hard and relentlessly and the wetlands live up to their name. However, between the vast stretches of water are clusters of islands that provide shelters for wildlife which can offer a unique perspective for nature spotting. The Pantanal sees the heaviest rains between February and March where travel becomes a soggy, gruelling challenge, and the roads become almost impossible to use.

The hottest season in the Pantanal is between December and February when the temperature can reach around 40°C (104°F) and the mosquitoes come in swarms. Hotels and hostels tend to close during this period so you may find there are fewer accommodation options. 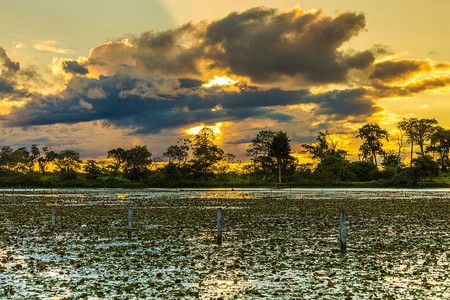 For a trip to the Amazon, try heading there in May or June, the period of time that sits between the rainy season (February to April) and the hot, dry season (September to November). During these two months, the water levels in the Amazon are at their highest allowing great opportunities to take a boat trip on the swollen rivers through the rainforest. The dry season is a great option too for pleasant weather and hiking opportunities.

For whale watching, head down south to Santa Catarina between July and November when large whales, such as the humpback, migrate to mate and give birth, providing ample opportunities of spotting whales with their young calves. One of the best spots to see them is at Praia do Rosa in Florianopolis.

Best time to go for fun and parties

You can have fun all year round in Brazil, yet for an unforgettable party, go to Brazil for New Year’s Eve or Carnival, the latter taking place usually around February to early March. The best cities to visit for these two huge celebrations are Rio de Janeiro, Recife, Olinda, or Salvador. 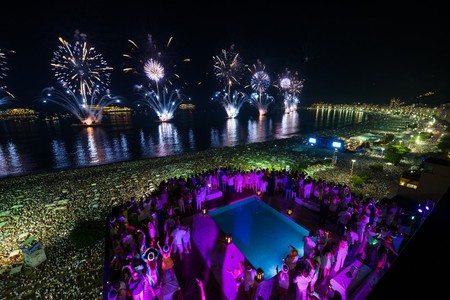 Best time to go for sports

If windsurfing is your thing, head to São Miguel do Gostoso in between the two big northern cities, Natal and Fortaleza. The best time is July to February when the conditions are windy and the average windspeeds are around 20 knots (23 mph). For kiteboarding, the best spot in Brazil is Fortaleza and regions nearby such as Cumbuco, Lagoa do Cauípe, and Taiba. The best wind conditions are between May and February.

Best time to go for your budget

Big cities such as São Paulo and Rio de Janeiro can be surprisingly expensive all year round whereas cities further north of the country tend to be cheaper. The cheapest time to visit is off-season – so Brazilian winter time. The most expensive time to visit is during New Year and Carnival when prices sky rocket and can break even relatively generous budgets. Be sure to book accommodation well in advance but be prepared to pay up to triple (sometimes more) the usual price.