The Best 6 Day Trips To Take From Rio De Janeiro 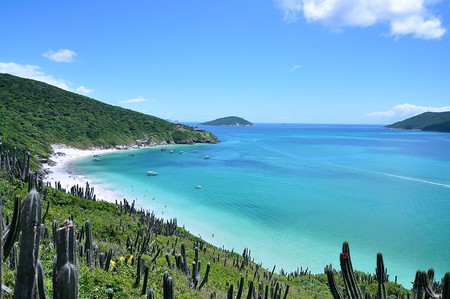 Praia do Forno, a beach in Arraial do Cabo |© Leonardo Shinagawa/WikiCommons

The beauty about Rio de Janeiro is that it’s not just the city itself that has incredible things to do; the surrounding areas have an array of treasures such as boat trips, fabulous beaches or breath-taking hikes that will make any trip that extra bit special. The following suggestions can be done in a day or longer for those with the itinerary for it.

Petropólis is a city just north of Rio de Janeiro. With its close proximity to the Atlantic Forest and elevation in the mountains of Serra National Park, it’s much milder than Rio, making it a popular summer retreat to escape the blistering temperatures down by the coast. It’s easy to get there with regular buses running from Rio’s Rodoviário (Bus Terminal) every day and it takes about an hour and a half to get there. Take a guided tour around the Bohemia Beer factory before heading out to see the Crystal Palace, a fancy building constructed entirely of glass. Or check out the Santos Dumont Museums and the Imperial Museum of Brazil, enjoy a small hike and then relax in the park. 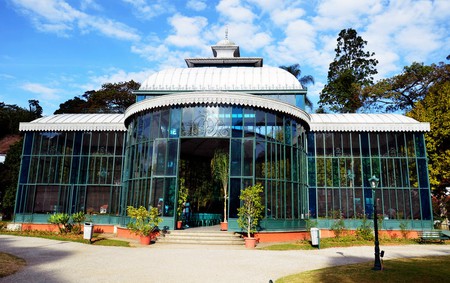 This is a nugget of paradise just south of the city, reached by bus to Angra dos Reis and then a 30 minute boat trip over to the island. The island is encircled by water and sandy shores and covered in Atlantic forest trees that are home to monkeys and other such exotic creatures. Visit Lagoa Azul in the north for the best snorkelling and diving where it is possible to see rays, turtles and colourful fish. In the south, there is Lopes Mendes known for its palm-fringed sands and as a surfing hotspot. It is possible to visit in a day and there is accommodation on the island for those wanting to stay longer. There are buses from Rio to Angra dos Reis that takes about three hours, so it’s best to leave early.

Arraial do Cabo and Cabo Frio

These two areas are in close proximity so can be visited on the same day or both can be enjoyed over the course of a couple of days. Arraial do Cabo is stunning with its clear waters and white sands, and its diverse sea life and old wrecks give it the name of ‘The Diving Capital’. Take a boat trip to visit some of the other natural attractions there such as Praia do Forno and Praia do Farol, two gorgeous beaches, as well as visit caves and see dolphins. Cabo Frio is a bit further north and is one of the best kite-surfing and surfing spots in Rio with its beautiful beaches and choppier waters. Buses run from Rio bus terminal to Cabo Frio and take about two and a half hours.

Praia do Forno, a beach in Arraial do Cabo | © Leonardo Shinagawa/WikiCommons

This colonial town south of Rio oozes charm in abundance with its little cobbled streets free from any motor vehicles and its white-washed buildings. There are plenty of restaurants nestled in between the streets with tables flowing out onto pavements and live bands playing. The town draws in artists and writers, and it is not uncommon to see people painting beautiful images on large canvases in the street. There are lots of attractions nearby such as pristine beaches and waterfalls that can be accessed by boat trips or guide tours in the city. A bus from Rio to Paraty takes about four and a half hours. 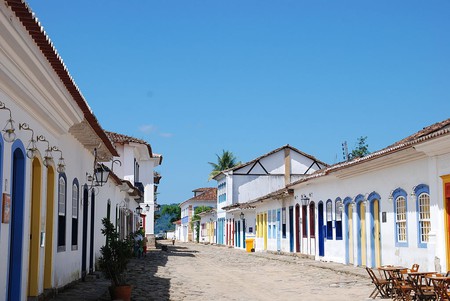 Búzios is one of the most popular day and weekend trips for residents in Rio. It is considered an upmarket destination due to its breath-taking clean sands and crystal clear seas, as well as the famous Rua das Pedras which is a street in the centre of good restaurants, buzzing bars and hot nightlife. Some of the best beaches include Ferradura which is known for its beauty, snorkelling and other water sports, and Geriba that is a surfer’s paradise due to its larger waves. A bus from Rio’s bus terminal will take less than three hours.

This national park is famous for its wild forest, exotic animals and 10 peaks higher than 2,000 meters. The highest peak is Pedra do Sino (Rock of the Bell) standing proud at 2,263 meters, yet the more famous mountain is Dedo de Deus (God’s finger) due to its unique resemblance to a pointing finger. There are various hiking trips, rock climbing and natural pools to enjoy and this can be done through a reputable company. One hiking path is 1.3 kilometers and is suspended nine meters above the floor, offering a unique perspective of the forest and the mountain range. There is a 30 kilometer hike that takes three days between Teresópolis and Petropolis with camping spots and tents for hire dotted along the path. Hiking tours include transport there. For those going solo, take a bus to Teresópolis to get to one of the main entrances to the park. The bus takes approximately two hours. 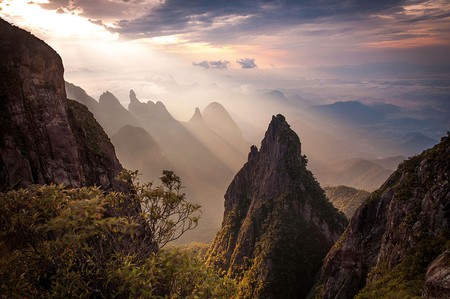