The AfroReggae Cultural Group: A Rebirth Of Hope Within Rio De Janeiro's Favelas 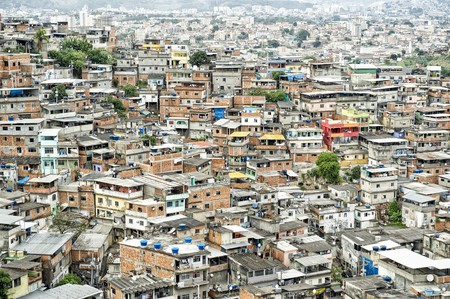 The AfroReggae Cultural Group has been recognized as one of the foremost pioneering NGOs in the world, and their work in restoring hope and peace to the Favelas of Rio has changed many lives for the better. They are documented in the film Favela Rising which, as Fernando González discovers, reveals the inspirational figures behind this redemptive project. 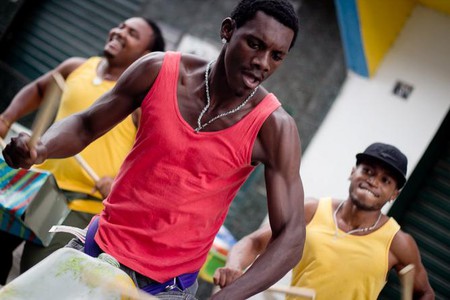 Rio de Janeiro recently hosted the U.N. conference for sustainable development, or “Rio+20,” an allusion to the historical conference on environment and development organized in the city in 1992. Among presidents, political leaders, and international trend-setters, Brazilian NGO AfroReggae had a preeminent role in the promotion of social inclusion and cultural awareness.

Besides enriching the international event with some of its musical and cultural projects, the NGO collaborated actively with the debates about sustainability and social action drawing on its extensive experience. AfroReggae’s participation in the summit was indispensable due the relevance of the NGO’s social activism in Brazil. The occasion, however, had a special meaning as 2012 also marks the 20 years’ anniversary of the organization’s founding in Rio – more specifically in the favela (slum) of Vigário Geral.

Since its inception in 1992, the AfroReggae Cultural Group – the NGO’s official name – has emerged powerfully out of the violent and hopeless scenario of Rio’s slums to personify the possibility of change and become an example of leadership and commitment. The organization has, in fact, become a “social enterprise empire comprising over 75 projects and around six thousand members only in Rio de Janeiro.” Besides expanding into other significant metropolitan areas in Brazil, AfroReggae has also had an increasing international presence, visiting and working in countries such as Colombia, Canada, the United States, the United Kingdom, China, and India.

Initially funded by the Ford Foundation, and receiving sponsorship from preeminent organizations such as Universal Music, Santander bank, and Brazilian Petrobras, AfroReggae’s activism has become a profitable business, reflected in the organization’s five million Reais headquarters and 20 million Reais annual budget. “Why all that? Because we need to build something to impress and show off. We are competing against drug trafficking. Our objective is to attract and recruit young people earning, sometimes, fifty thousand Reais a week,” explained José Junior, current executive coordinator of ARCG, during one of his interviews.

Despite the many possibilities opened by the financial support it currently receives, AfroReggae’s concerns and methodologies reflect the truly communitarian spirit of the organization and its difficult beginning. Initially created as a newsletter aiming to promote Afro-Brazilian culture in central Rio, the ARCG decided to move to Vigário Geral in 1994.

Home of Anderson Sa, one of AfroReggae’s founders, this community, similar to other poor areas in Rio, was suffering from increasing violence between police forces and trafficking factions which didn’t seem to provoke any particular reaction from the government. Trying to create a viable alternative, AfroReggae emerged in Vigário Geral as a cultural initiative strongly committed to taking children and young people out of crime and drug trafficking and introducing them to music, dance, and art. Percussion and afro-dance workshops aimed to engage young people in meaningful and creative activities, while the band AfroReggae was born as a way to promote the group’s actions and ideology.

Supported by key Brazilian artists and leaders, the revolutionary work of ARCG and the music of AfroReggae soon caught the attention of organizations and political activists around the world, triggering the rise of the NGO through substantial funding contracts. Within the last 10 years, the ARCG has developed unprecedented initiatives in and out Rio. Promoting music shows in poor areas, providing working skills and employment to former convicted young people, organizing conferences and workshops within universities, and trying to change the way criminals and police forces see each other are just some of the NGO’s ongoing projects.

Besides being invited to expose their work in Europe and North America, the group was received in the White House and rewarded with the Stop Racism award in 2000. In 2002, they received the Cultural Merit Order from former Brazilian president Luis Inácio Lula da Silva, a distinction granted to those holding imperative achievements regarding cultural promotion and awareness in Brazil. 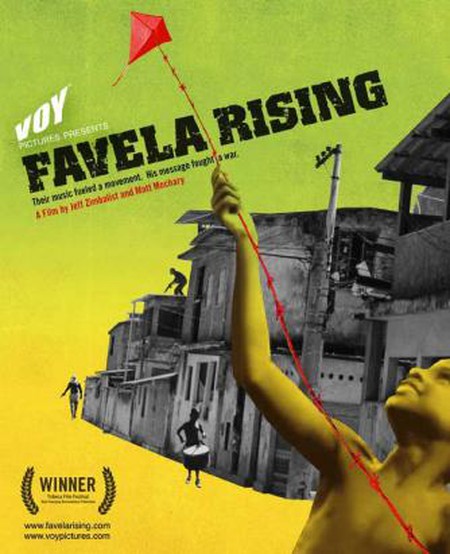 In 2005, American directors Jeff Zimbalist and Matt Mochary produced the documentary Favela Rising, which portrayed the history, work, and achievements of AfroReggae and the life story of one of its founders, Anderson Sa.

Originally from Vigário Geral, Sa is the man responsible for the establishment of the organization in his community after a police-led massacre took place in 1993, victimizing, among others, Anderson’s older brother. The almost unbearable situation of violence, chaos, and loss experienced within Rio’s favelas in the ’90s is specifically explored within the film as it is seen as the radical context from which AfroReggae would develop.

While Anderson remembers and reflects upon his brother’s death and how it motivated him to change his reality, AfroReggae co-founders José Junior and Altair Martins explain what the “Shiva effect” would be, and their views on how it determined the NGO’s history. Drawing from the Hindu depiction of God Shiva, also known as the Destroyer and the Transformer, they see AfroReggae as the redemptive creation that could only have emerged from the broken realities, histories, hopes, and efforts of both Rio’s favelas and “a group of people that, until that moment, have not had any success in their lives.”

The appearance of AfroReggae within the violent scenario of Vigário Geral would symbolize a cure, revival, and faith. The same cure and faith experienced by Anderson Sa not only after his brother died, but also while recovering from a severe accident which left his body completely paralyzed due a critical spine injury. The total recovery of his body movements against all medical predictions is seen, by Anderson, as a powerful metaphor of what the favelas have historically gone through: “This thing that I was most afraid of. Paralysis. Immobility. I think the favelas can relate to that. They’ve been through this pain. It’s as if the spinal cord of the favela has always been broken.” Just like him, however, the favelas and its people are demonstrating that they can also rise, and have started moving; the transformative work of AfroReggae being the miraculous cure to their broken spine.

Among many other distinctions, Favela Rising was awarded Best Documentary in the New York Latino Film Festival and Best World Documentary by the International Documentary Association, both in 2005.