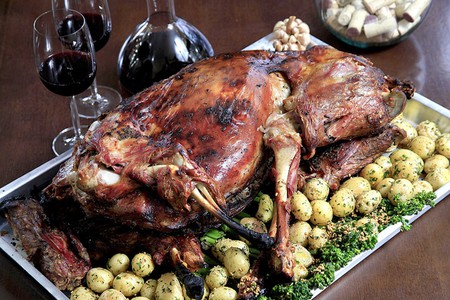 As one of the most cosmopolitan cities in the world, São Paulo has a huge number of restaurants serving cuisine from all over the world. The city’s Centro, is the perfect place to try foods from many different countries and regions. We have chosen 7 of the best cultural restaurants in the area. 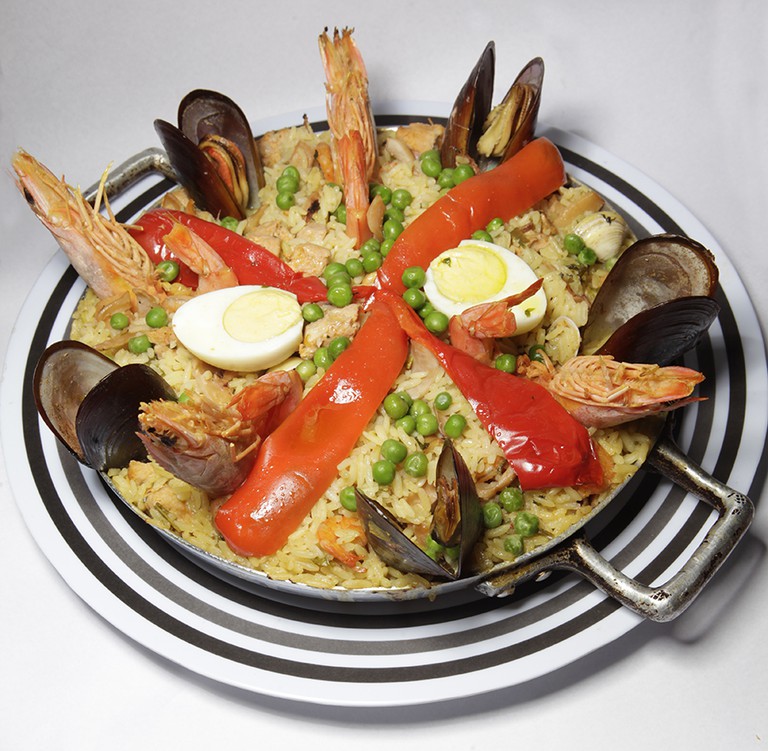 The 60-year-old Spanish restaurant still attracts new customers while always bringing back old acquaintances due to its very well-prepared dishes, that serve 2 to 3 people. Their most popular dish is the paella. Another favorite is the puchero, the Spanish stew with chickpeas, meats, kale and potatoes. Although they cater mostly to the weekday lunch crowds, they have recently started opening on weekends, but just in case call before heading out. You must try their excellent sangria. 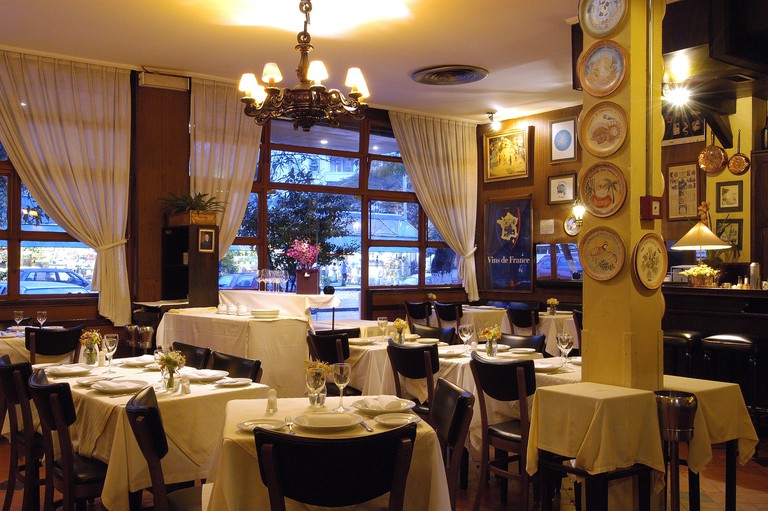 One of the more upscale restaurants in São Paulo’s centro, La Casserole serves exquisite French food such as file au poivre, cassoulet and moules frite. For dessert the favorites are crepes Suzette or profiteroles. The establishment, which opened in 1954 right in front of the charming flower market in Largo do Arouche, still holds on to tradition with its waiters dressed in white suits and butterfly ties, providing impeccable service. 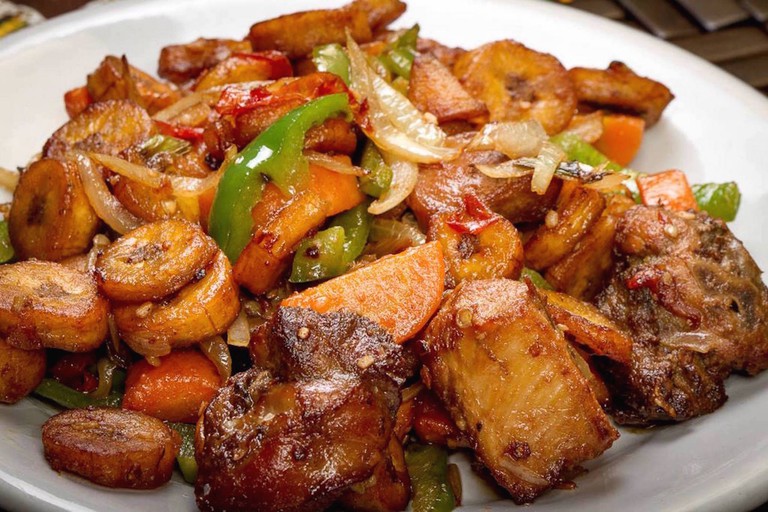 If the African artifacts hanging on the red and green walls don’t catch your attention, the smell of palm oil grilling shrimp and chicken parts certainly will. The simple restaurant located in São Paulo’s centro is run by Cameroon’s Melanito Biyouah, but there are dishes from Nigeria, Angola, Senegal and Ghana. One of the most popular dishes is the DG, a combination of fried plantain with vegetables and chicken. 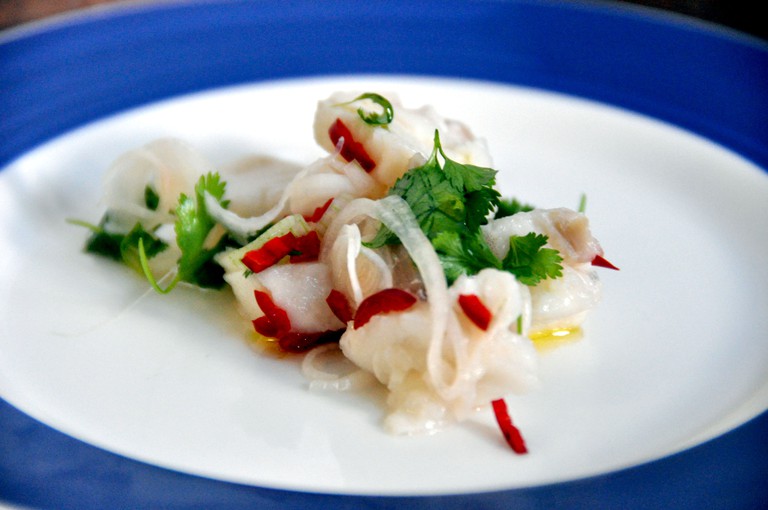 Hidden in the second story of a townhouse in one of São Paulo’s most run down neighborhoods, Santa Efigenia, there is hidden one of the city’s great culinary experiences. The Rincocito Peruano was started by a Peruvian immigrant who came to Brazil and worked as a street vendor before venturing into the food sector. The food is authentic Peruvian, with extremely fresh ingredients that make this restaurant a required stop during your visit to São Paulo’s Centro. Start off with the ceviche, said to be the best in town. Try however to go during the daytime, since at night, the neighborhood is not very safe. 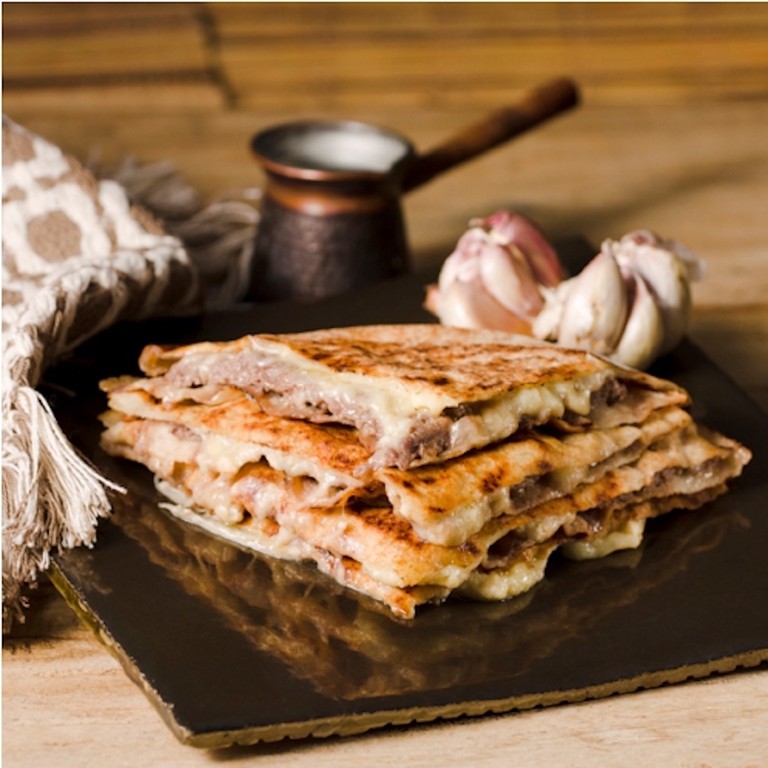 Armenian immigrant, Missak Yaroussalian, known in Brazil simply as Carlinhos, started his restaurant in 1971, serving meats and pasta. Ten years later he offered one of his culinary inventions, toasted Syrian bread filled with kafta to his customers. The invention was an immediate sensation and the Arais was born. Years later, his two sons, decided to invest some more in typical Armenian dishes and the success of the restaurant has gone from strength to strength. Today many people think nothing of crossing the city to eat at the Arais. The most popular dish continues to be the Arais, now in many versions, but you should also try the lamb or the Basturmalã (cured beef with eggs). 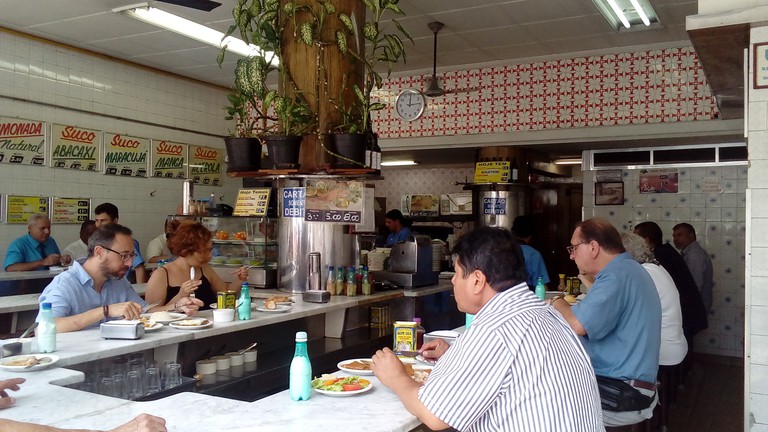 In this Portuguese restaurant there are no tables or chairs, just stools at the counter, like you see at snack bars. But don’t let the appearance of the place fool you, this is one of the most traditional Portuguese restaurants in the city, serving excellent food. Here foreign tourists sit alongside CEOs and bankers. The menu is extensive, all listed on white boards along the walls. On Friday the place fills up with customers wanting the restaurant’s famous bacalhau a gomes sá (cod fish with potatoes and cooked eggs). For dessert try the condensed milk pudding or the avocado cream. Also notice the way they present you the bill: the owner writes down your order on the marble counter (no paper) and tells you the total, which you pay at the cashier. 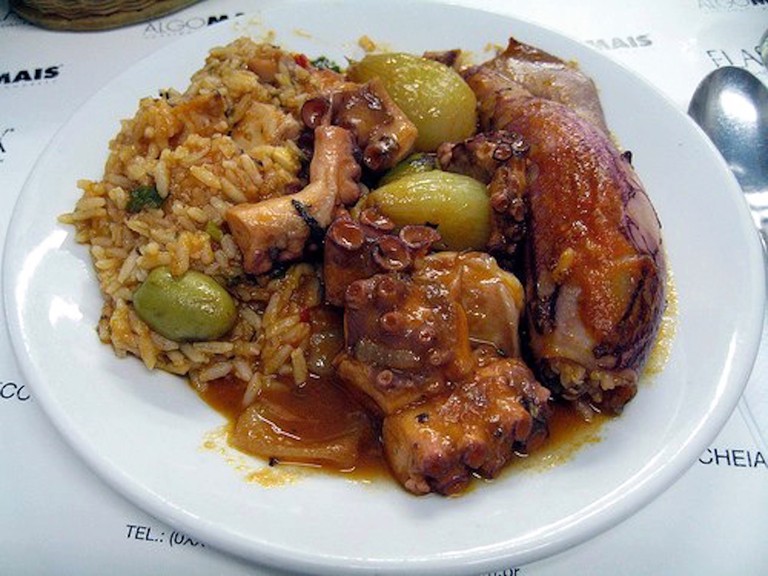 One of the best Greek restaurants in town can be found a short walk from São Paulo’s Pinacoteca and Estação da Luz, so plan to have lunch there if you are visiting. The restaurant is simple, but the food is phenomenal. If you are a first timer you might find it odd that everyone leaves their table and goes to the kitchen. From behind a glass wall, they choose their food right from the steaming pots and pans, then go back to their table. where in less than five minutes their orders will be served. Along with stuffed squids and broiled octopus, the Acropoles serves the traditional Greek cuisine, like their excellent Mussaka and roasted lamb. The dessert is displayed in the front of the restaurant, with the baklava being a customer favorite.