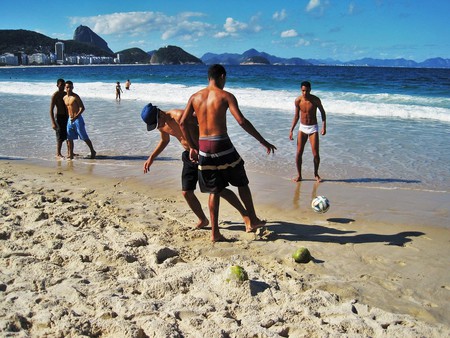 It doesn’t take long to discover that people in Rio de Janeiro love sports. The consistently hot climate, skimpy beachwear, and a bounty of outdoor activities create a culture built on sports with the beach being a favorite spot to play. Sports aren’t just for residents, though; tourists are more than welcome to join in, so pack your energy and try out some of these popular beach sports.

Football is one of Brazil’s most beloved sports, so it’s natural that it would be played on the beach, too. Football can range from a friendly kickabout between a couple of friends to a more serious match between rival school clubs. People usually just bring along their own football and start off a game spontaneously between friends and neighboring beach-goers. More often than not, any football enthusiast is welcome to join in, so feel free to ask and practice your football skills with the Rio residents.

Volleyball is almost on par in the popularity stakes with football in Brazil and especially in Rio, where people support and watch volleyball as much as they do football. On all the beaches from Leme to Leblon are simple volleyball courts dotting the shoreline. You just need to bring a ball, pick a court, and get started. Cariocas tend to play well from years of practice, and it is great to simply watch if you’re not in the mood to play. 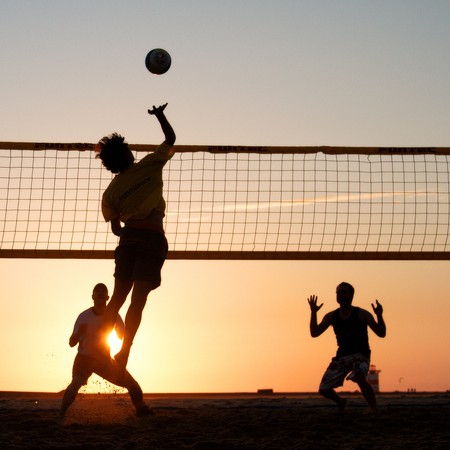 This is one of those uncommon sports that is fun to do alone as much as it is with friends. Remaining vertical on a large flat board on the sea is the main aim of the sport, and direction is controlled by a large, double-edged paddle. Once out a bit further from the shore, the calmness of the ocean provides a meditative release, letting paddle-surfers drift off into their own thoughts for a while. The best places to go are Praia Vermelha in Urca and by the side of Forte de Copacabana for calmer waters and turtle-spotting.

This is a trickier sport, and it takes a bit of time to get the hang of it. It has the same setup as volleyball, with the sandy court and the high net, yet the rules are different. You can hit the ball with your feet or any other part of your body, except for your hands and arms. It takes a lot of practice to hit the ball accurately and high enough with your chest, but it’s a lot of fun once it comes more naturally. After a few practice runs, watch the most experienced players on the beach for a new appreciation of the difficulty of the sport as they often make it look so easy. 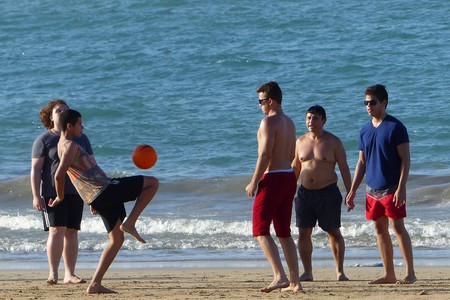 Frescobol is a bit like tennis yet without the net and with closer proximity between the players. Also, the aim of the game is different; rather than trying to outmatch the other opponent points-wise, the goal is to keep the ball going between two players in a collaborative effort. The rackets are the size and feel of those used in table tennis, and the ball is like a heavier ping-pong ball. Beginners tend to start off slowly, yet the more experienced players hit the ball at seemingly break-neck speeds and keep the rally going for a long time. 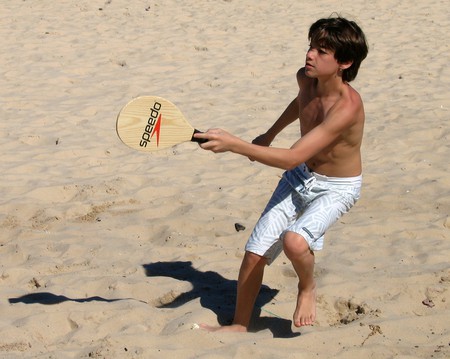 With some of the world’s greatest surfers coming from Rio de Janeiro, it’s no surprise that it is one of the most popular beach sports here. For beginners, the best place to surf is Arpoador, in Ipanema, where the water has good yet smaller waves and plenty of surf schools. More experienced surfers can check out beaches such as Praianha and those in Barra de Tijuca, where surfing conditions are excellent with bigger and stronger waves.

Slackline is like a flat tightrope fastened between two points, usually two palm trees, and with an extra give in the line that allows slackliners to perform advanced acrobatic moves. The aim is simply to get from one side to the other without falling off, which is more difficult than it sounds. It’s great fun to do with friends or just to watch; experienced slackliners will often perform a series of complex jumps, twists, and drops on the line, apparently defying all laws of gravity. 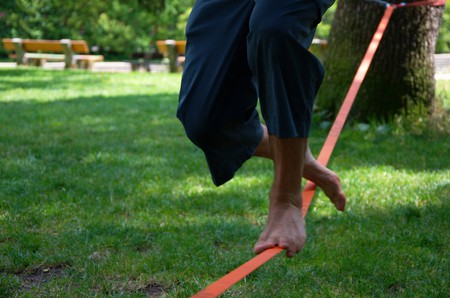 Slackline | © Ghislain Mary/Flickr
Give us feedback