Brazilian Food: The 20 Essential Dishes To Eat In Brazil 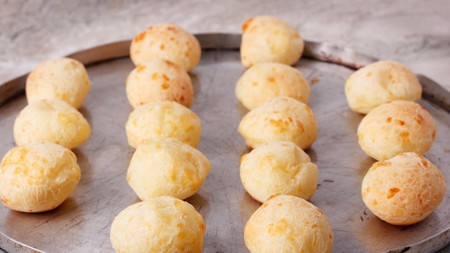 There are some foods in Brazil that just sum up everything good about food in this country, and when you’ve come and gone, it’s these 20 snacks and dishes that you will definitely miss the most. Your trip to South America just isn’t complete unless you’ve tried all of the following Brazilian foods at least once!

Brigadeiro is balls of tuffles made with condensed milk and covered in chocolate sprinkles. The traditional brigadeiro is milk chocolate, yet there are also white chocolate versions available, too. They can get even more delicious when made with a whole strawberry in the middle. 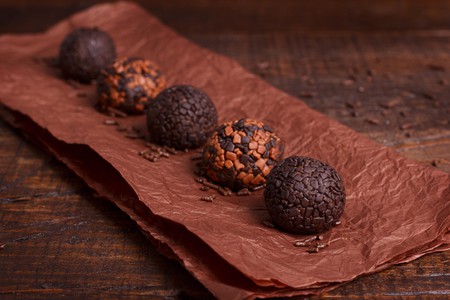 Canjica is a bowl of whole pieces of white corn mixed with milk, a splash of coconut milk and condensed milk to make a creamy, enviable dessert with sprinkles of cinnamon on top. It is usually served during the annual June Festival, yet as it is too tasty to save for just once a year, it’s easy to find year round. 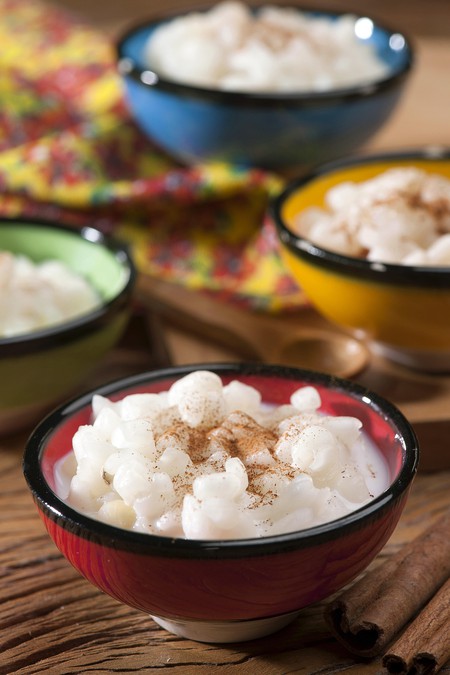 Super-food açaí is traditional in Brazil, especially in coastal cities where it is a common post-beach snack. Try it plain as sorbet, or ask for banana, strawberry or granola to be added in to take it to a whole new level of tastiness. Açaí can also be found as a smoothie, a juice, in powder or even added into a main meal using its raw, berry form. 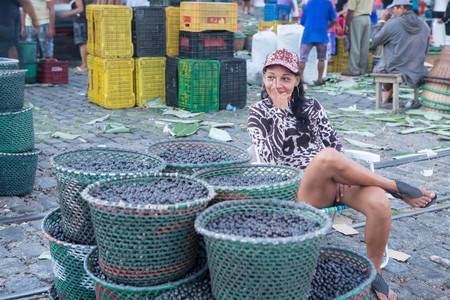 This simple yet incredible combination works on so many levels that it is a marvel how it hasn’t caught on worldwide. It’s guava paste, like a thick jelly, served in between two slices of mild, white cheese. It can be the main part of a pie, a pastel, a cheesecake or simply served as guava jelly and cheese.

This is so much more than just cheese bread. Made with cassava flour so it is totally gluten-free, these little puffs are crispy on the outside, squidgy on the inside and filled with cheesy flavor. They can be sold in packets with mini cheese balls inside, or as great balls the size of large oranges. 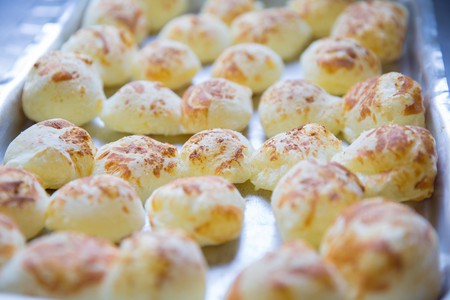 Empadas are mini pies that are sold in nearly all snack bars, bars and restaurants throughout Brazil. They are perfect as an on-the-go snack or washed down with a cold beer. The most typical fillings are dried meat, chicken with cream cheese, prawns with cream cheese or heart of palm. 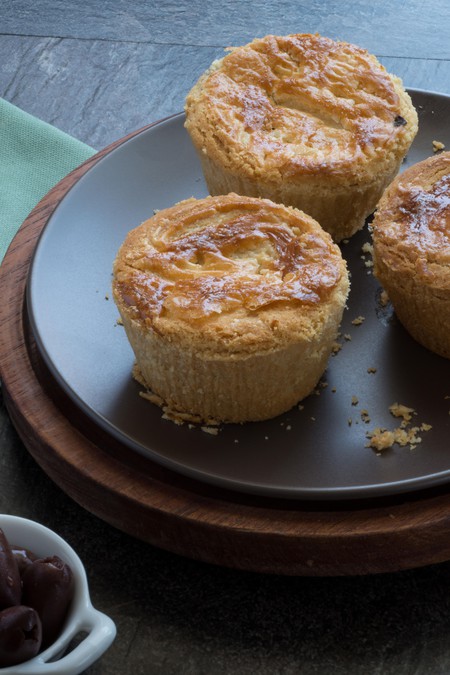 This hearty snack is a heap of shredded chicken wrapped up in a gooey, warm dough before being battered and fried. Some even mix the chicken inside with cream cheese for that extra, juicy bite. With its crispy outside texture and soft, fluffy inside, it’s hard to stop at just one.

The name literally translates to little kiss of coconut, which fits perfectly with this mouth-sized dessert. It’s made with condensed milk and butter mixed together before being rolled up into little balls and covered in coconut flakes. The top is often decorated with a clove. Light and moreish, these little treats are popular at Brazilian birthday parties. 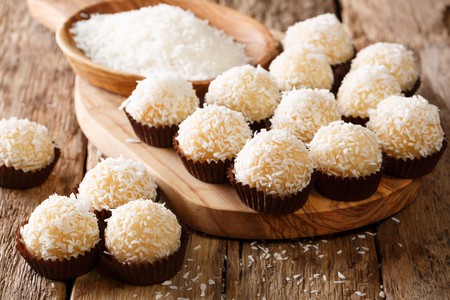 Pastels are served as large rectangular pastries at farmer’s markets or as half-moon shaped pastries in bars. Typical fillings include ground meat, cheese, prawns, chicken with cream cheese and heart of palm.

Acarajé is a black-eyed bean pattie that is deep fried and served steaming hot. It usually has prawns inside and is served with an optional chili oil. 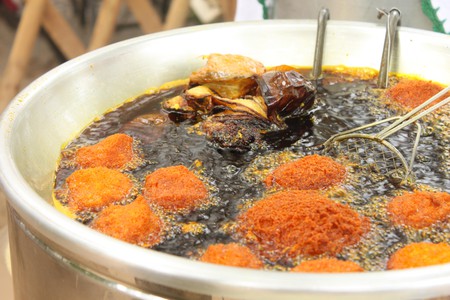 Farofa is unique to Brazil and its taste and significance is hard to understand without actually trying it. It is basically fried tapioca flour mixed with small pieces of fried bacon and served alongside rice and beans. Whilst it doesn’t sound much, it is amazing how it works so well with beans and rice, absorbing the juices and adding an extra texture to an otherwise quite mushy meal. 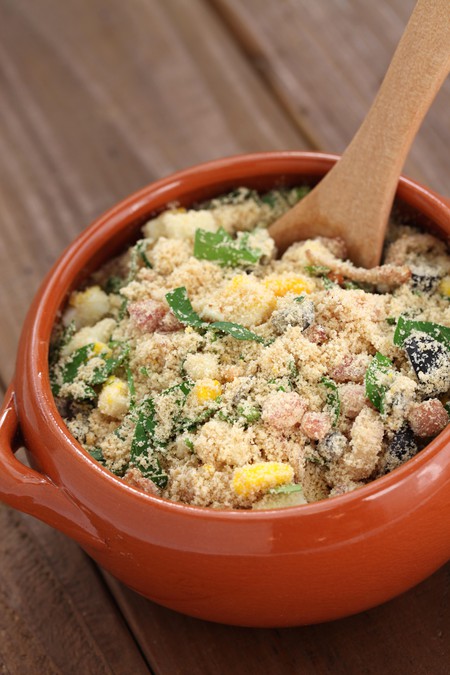 The tapioca crepe was a typical food in the northeast of Brazil, but recently became popular in many other coastal cities. It’s often served at small street stalls as savory with cheese, tomato and ham or as a sweet with chocolate, strawberries, bananas and nuts.

Feijoada is one of the Brazilian main dishes you can find the most and is eaten in every corner of the country. It’s a pot of black beans cooked with chunks of meat, although the truly traditional feijoadas cook it with pig’s ears, trotters and other parts. It’s served with fried kale mixed with bacon bits, rice, farofa (here, farofa works so well to absorb those last bits of bean sauce) and a slice of orange to flavor.

Fresh prawns on a skewer is the number one food to be spotted on the beaches in Brazil, where beach vendors wander up and down selling giant grilled prawns impaled on giant wooden skewers. 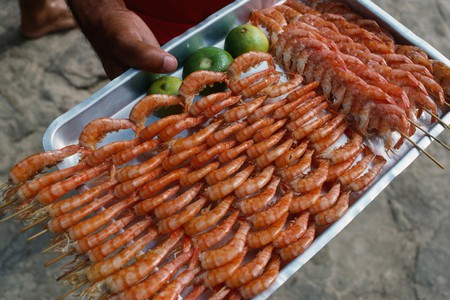 This everyday Brazilian snack or light lunch option is half of a French baguette grilled with melted cheese and ham inside, and is often eaten with fresh fruit juice from the snack bars on the streets.

This delicious stew is slow cooked with prawns, coconut oil and milk with added vegetables. It is a typical dish from Bahia, but is loved all throughout Brazil.

Paçoca is sold in little cyclinder shapes as a sweet. Think the peanut filling in Reese’s Peanut Butter Cups, and that is pretty much the taste of paçoca. 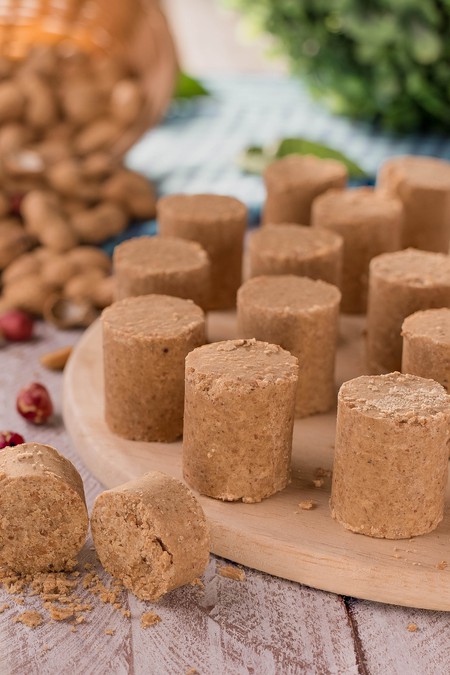 Fried cassava is a popular choice in Brazil as an alternative to chips. They’re chunky, crispy and delicious, not to mention a healthier option than normal french fries.

Joelho literally means knee in English, yet the food version is a thick, bread pastry with cheese and ham on the inside; it is the ultimate feel-good food.

Quindim is basically a flan with added coconut flakes. It is either served as a large cake or in tiny mouthful portions. 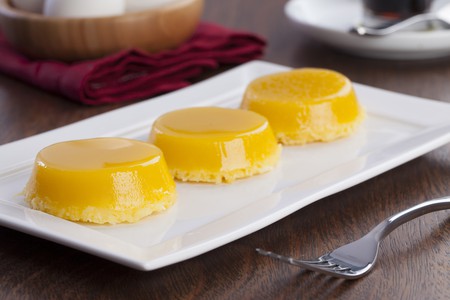 Quindim, a Brazilian dessert made with eggs and coconut | © AlbertoChagas / Getty Images
Give us feedback