The 10 Most Beautiful National Parks in Brazil 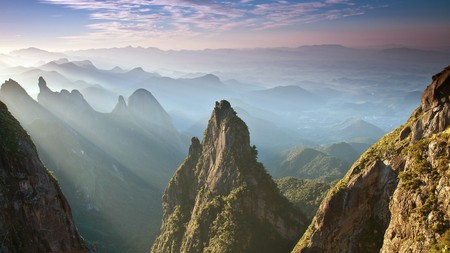 In between Brazil’s huge cities lies miles and miles of land representing a mix of sprawling farmland, mountain ranges, and mighty forests. There are currently 69 national parks in Brazil featuring impressive rock formations and an extraordinary collection of flora and fauna. Not all of the parks are open to the public but the ones that are open are worth exploring. Here are some of the most breathtaking national parks in Brazil.

Located in the state of Maranhão in the northeast of Brazil, Lençois Maranhenses is one of the most striking national parks in Brazil. The entire park is made up of mostly huge, rolling sand dunes that stretch out for miles and the valleys in between the dunes fill up with water during the rainy season. The result is a breathtaking landscape of white sand and contrasting deep blue lagoons. The best time to visit is between July and September when the lakes are present. The park can be explored on foot, 4×4 jeeps, or horseback. 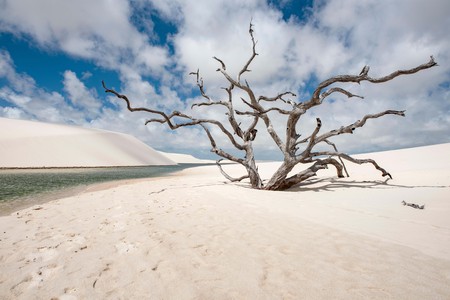 The most visited park in Brazil, Iguaçu straddles the borders of Brazil, Argentina, and Paraguay. It is famous for the huge expanse of waterfalls, one of the largest set of cascades in the world. Visitors can explore the waterfalls on foot by following the wooden decking that meanders on the edge of the falls or by taking a boat trip or helicopter ride. There is also a bird park which has several conservation projects and informs of local bird species.

Located in the state of Goias, Chapada dos Veadeiros features other-worldly quartz rock formations, a staggering number of waterfalls, and an incredible diversity of flora and fauna. Among the wildlife that lives here are jaguars, armadillos, and guara wolves. One of the most visited natural attractions is the Pedreiras Waterfall that has a pool in front for swimming and bathing in. 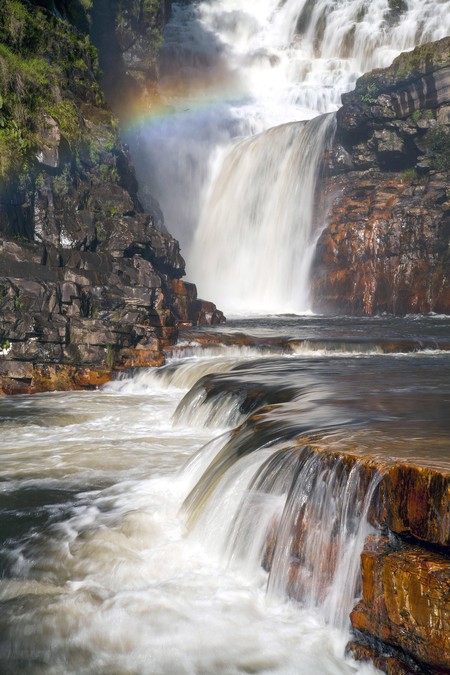 Located in Bahia, Chapada Diamantina is one of the most stunning natural parks in Brazil. It’s most famous for the Poço Encantado and the Poço Azul, large underground cavities that are filled with dazzling blue water that is so clear, that the pools seem to be empty. The park itself also contains dozens of striking rock formations, waterfalls, and intriguing caves. The Cachoeira da Fumaça (the Smoke Waterfall) is the most famous fall in the park and the highest in Brazil. It’s so high that the water gushes off the top yet turns into a cloud of mist before it reaches the bottom.

The Serra dos Órgãos National Park is a large mountain range on the outside of Rio de Janeiro. The rocky peaks are carpeted in the Atlantic forest and are riddled with a series of challenging hikes. It’s a popular spot with mountaineers who enjoy the rock climbing opportunities coupled with breathtaking views. The park contains 10 peaks over 2,000 metres high and the most famous peak there is Dedo de Deus (God’s Finger), so called as it looks like a large finger pointing into the sky. 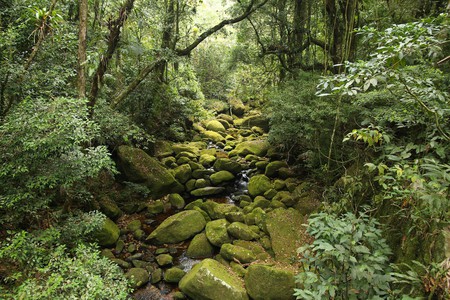 Located in Amazonas in the northwest of Brazil, Jaú is the largest forest reserve in all of South America and is mostly made up of dense forest that is difficult to get through. Its land contains three major rivers – the Jaú river, the Unini river, and the Carabinani river – that flow into the Rio Negro. Over 400 species of plants have been cataloged here as well as over 260 species of fish, making it one of the most biologically rich areas in Brazil.

Consisting of important areas of the Amazon forest, the Anavilhanas National Park protects over 400 islands in the Rio Negro. As well as promoting sustainable tourism all year round, it is a critically important area of scientific research and conservation. The park contains several significant forest and lake ecosystems which support various extraordinary species of animals, including the giant otter, the Amazon river dolphin, the giant anteater, the jaguar, and the giant armadillo. 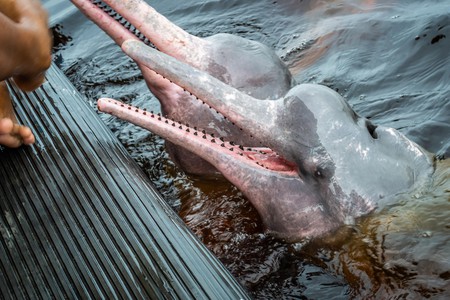 The largest and most famous wetland in the world, the Pantanal National Park is one of the most ecologically diverse regions in Brazil. Wildlife-lovers will be in their element in the Pantanal, with opportunities to spot incredible species such as black howler monkeys, tapirs, jaguars, and hundreds of caimans. There are several guided tours in this area as well as eco-lodges for sustainable accommodation options.

The oldest national park in Brazil, Itatiaia is home to several of Brazil’s highest mountains. The two tallest peaks include Prateleiras and Agulhas Negras, the latter requiring mountaineering experience from those wanting to reach the top. With over 350 species of birds recorded here, it is a bird watcher’s dream spot for sightings of rare species. 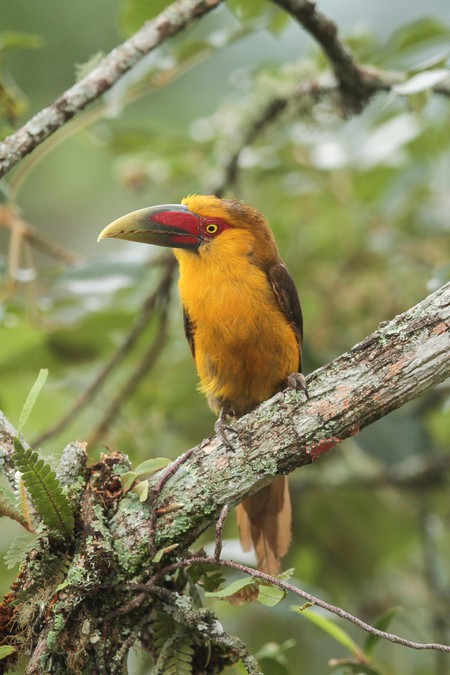 The Chapada dos Guimarães is rich in a diversity of natural attractions including several waterfalls, expansive canyons, and remarkable ecological diversity. One of its most notable features is the well-preserved cave paintings that remain inside some of the park’s cave. Resident wildlife includes anteaters, deers, and the elusive maned wolves.