The 10 Brazilian Musicians You Need To Know 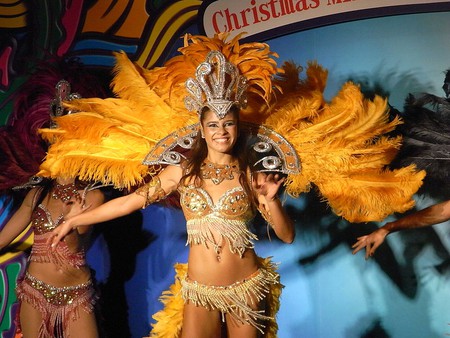 Samba dancer, the most well-known music in Brazil |© PlidaoUrbenia/WikiCommons

Brazil is renowned for its unique and innovative music, thanks to the melting pot of cultural influences that have developed original styles like nowhere else. While samba is undoubtedly the best-known, other musical treasures have been making history such as bossa nova, Brazilian pop music (MPB), rock, rap, soul, forró and funk. We explore 10 musicians from Brazil that need a spot in any playlist.

Chico Buarque was at the forefront of MPB in the 1960s, with hit records such as Construção (Construction) and Vai Passar (It Will Pass). Many of his songs contained political messages against the military dictatorship in Brazil in the 1960s and 70s, a risk that forced him to leave Brazil in 1969 after receiving threats from the government. He returned in 1970, yet a lot of his materials were banned. Apesar de Voce (In Spite of You) passed through military censorship, despite being a subtle protest against government activities, and later came to represent the democratic movement.

Born in Rio de Janeiro, Tim Maia’s music gained popularity in the 1970s having contributed to funk, bossa nova and jazz, yet he will always remain an icon for introducing soul to Brazil. He was the second-youngest of 19 children and wrote his first song when he was just eight years old. He became an international success before passing away when he was just 55 years old. Nobody Can Live Forever is a collection of his best songs, and include Que Beleza (Such Beauty), Bom Senso (Good Sense) and Let’s Have a Ball Tonight.

Caetano Veloso has produced one of the largest collections of music of all Brazilian artists, and is known for having a lasting impact on modern music. He is one of the founders of the Tropicália movement in the 1960s, a blend of Brazilian and African harmonies with rock and roll. The government in this era viewed his political actions and music as threatening, which led to his exile to London in 1970. He returned to Brazil two years later and continued producing and writing music. Some of his best songs include Sampa (a nickname for Sao Paulo) and Leaozinho (Little Lion).

Luiz Gonzaga was born in Recife in the northeast of Brazil, and is considered today as one of the most influential Brazilian musicians from the 20th century. He is remembered for having introduced northeastern music to the rest of the country, making genres such as forró gain a nation-wide popularity. In the parties at the annual Festa Junina, a Catholic celebration that takes place throughout June in Brazil, it is common to hear his songs. Some of his best-known songs are Vozes da Seca (Voices of the Drought) and A Dança da Moda (The Dance of Fashion).

Often referred to as the ‘Father of Brazilian Rock,’ Raul Seixas brought rock to Brazil’s music scene. He was so popular that even after his death, every year on his birthday a parade is held in São Paulo’s downtown in honor of him. During his 26 year career, he released 21 albums with iconic songs such as Maluco Beleza (Cool Crazy Man) and Let Me Sing, Let Me Sing, the latter being an example of his mixing of various music styles in one song. His music was subjected to government censorship during the dictatorship period due to his political messages through double meanings.

Elis Regina was pushed into the national spotlight through her single, Arrastão (Mass Robbery) and later on her career, she produced an album called Elis e Tom, the result of a collaboration with Tom Jobim, which was cited as the best bossa nova album of all time. She is associated with bossa nova, but also sang pop, jazz, and helped market tropicália through recordings with artists such as Gilberto Gil. She died young at 36 from an accidental overdose that sent ripples of shock across Brazil.

This rap group is made up of four members: Mano Brown, Ice Blue, Edi Rock and KL Jay. Their childhoods and lives in a favela (slum) in São Paulo has predominately influenced their lyrics with social inequality and gangster references as core themes throughout the songs. Their music also touches upon important issues in Brazil such as crime, favela life and police violence. They are one of the most important Brazilian rap bands, with hits such as Tempos Dificeis (Difficult Times) and Vida Loka (Crazy Life).

The ‘Father of Samba-Rock’, as Jorge Ben is often known, made a link between rock, samba and funk and tied it together tightly to make some of the most influential songs in modern Brazilian music and well-known music throughout the world. One of his most famous songs is Mas que Nada (Whatever) has been covered by various artists, including the Black Eyed Peas. Some other of his famous songs include Taj Mahal, Chove Chuva (Rain, Rain), and Filho Maravilha (Wonderful Son).

One of Brazil’s most iconic figures in the music scene, Vinicius de Moraes is responsible for the famous Garota de Ipanema, a song that became known internationally. Born in Rio de Janeiro, Vinicius was always drawn to poetry and later worked with João Gilberto and Tom Jobim in writing some of the most influential songs in Brazilian history. His collaboration with Jobim on the album Canção do Amor Demais (Song of Love So Strong) by Elizete Cordoso launched his bossa nova music career. His work, A Felicidade (Happiness), is considered one of the best Brazilian songs of all time.

Along with Vinicius de Moraes, ‘The Master,’ as Tom Jobim is sometimes nicknamed, is behind the lyrics and creation of the famous Garota de Ipanema (Girl of Ipanema). Considered one of the most important songwriters in Brazil from the 20th century, Jobim was one of the main influences behind the bossa nova movement and produced hits such as Corcovado and the lyrics for Chega de Saudade (No More Blues). A collaboration with Stan Getz, American jazz saxophonist, helped popularize bossa nova in the US. The mascot for the 2016 Paralympics is named ‘Tom’ in honor of this famous songwriter and musician.