Sports That Are Native to Brazil 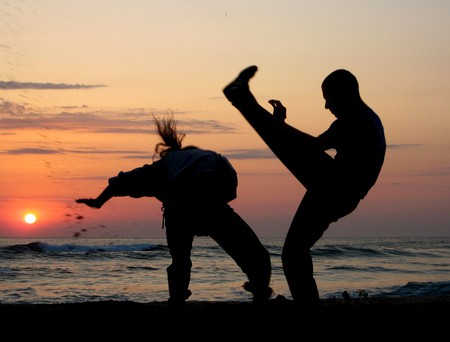 Brazil is known for its love for futebol, or soccer as some call it, but the game did not originate in this South American country. There are other sports, however, that were created here that are not as well known abroad or even to Brazilians themselves. Here are seven sports that are native to Brazil, some of which may surprise you.

The word “peteca” comes from the Tupi indigenous tribe which means “swing” or “blow.” The peteca is made of a rubber base with feathers attached at the top and played very much like badminton, but with the hands instead of a racket. The peteca game was widely used by the indigenous before the Portuguese arrived in what is now Brazil. In 1920, at the Antwerp Olympic Games, some Brazilian athletes carried with them petecas for recreational purposes. This attracted the attention of athletes from other countries, but only in 1973 was the first Peteca Federation created, in the state of Minas Gerais. In 1987 the first Brazilian Peteca Competition was held and in 2000 the World Peteca Federation was created in Berlin, Germany. The largest peteca federations today are found in Germany and Japan. The game in other parts of the world is called indiaca. 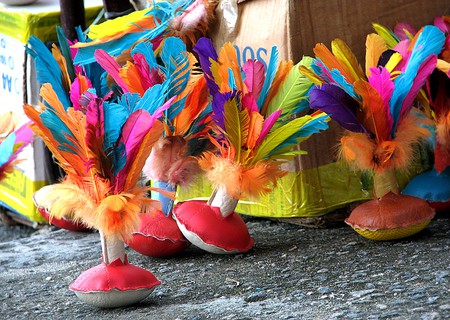 This water sport actually started out as a children’s game, who used truck tire chambers filled with air to raft down rivers and streams in the interior of São Paulo and Minas Gerais state. The first Brazilian Acqua Ride Championship was held in 1983 in Iporanga, São Paulo. By the 1990s there were already special gloves and protection for the sport. In 1997 the Brazilian Acqua Ride Association was created to regulate the sport. 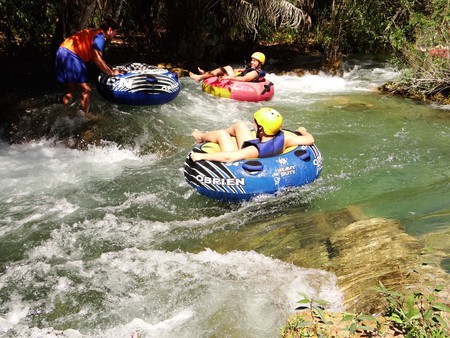 Created in the mid 1940s in Rio de Janeiro, frescobol is considered the icon of beach sport in Brazil. The sport resembles tennis, but on the sand and without a net or boundaries. The rackets are made of wooden planks in the shape of table tennis paddles, but resistant to salty, ocean water. The ball is also made of soft rubber, which easily dries off. During the 1980s several competitions were conducted in several states in Brazil, but only in 1994 was the first Brazilian Frescobol Circuit held. 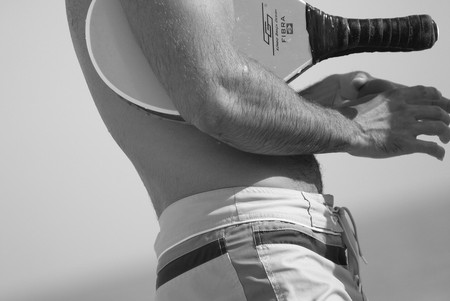 Created by surfers in Florianopolis in the 1980s when the waves were not good for surfing, the sport of sandboard calls for athletes to “surf” the sand dunes with a plank similar to that of a snowboard. The sport has four categories: big air, slope style, boarder cross and slalom, and has been gaining fans all over the world. There have been competitions of sandboard in the US, Australia, Uruguay and Argentina. 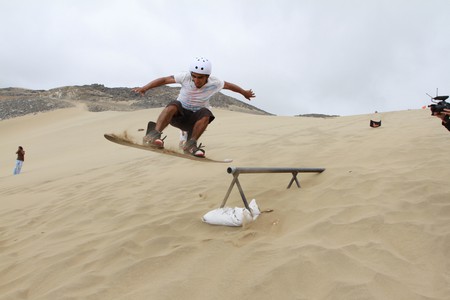 Futevôlei, or footvolley, was created in 1965 in Copacabana Beach and combines the elements of soccer and beach volleyball. The teams started out consisting of five players on each side, but today, games of two to each side are more common in Brazil. The first International Futevolei tournament outside Brazil occurred in 2003, in Miami Beach, USA. 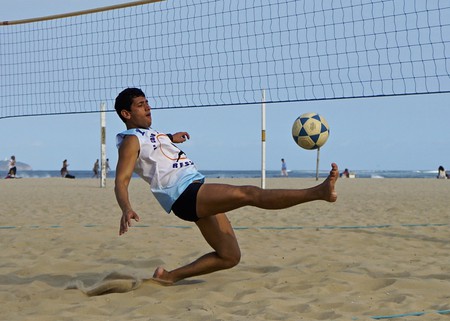 The love Brazilians have for futebol led them to create the game even on the sands of Rio de Janeiro. Beach futebol has become internationally known as famous Brazilian futebol players such as Romário, Júnior and Zico played the sand version of the national sport after leaving the grassy playing fields. In 1993, the first professional beach soccer competition was organized on Miami Beach, with teams from the US, Brazil, Argentina and Italy among those participating. 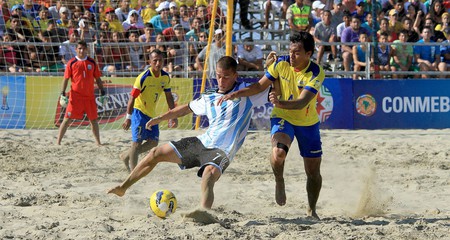 The sport considered by many as a cultural expression of African slaves who came to Brazil, capoeira has gained admirers worldwide. Always accompanied by African instruments, “players” must learn how to move with the rhythm of the music while engaging in a unique “dance” with their opponent. The capoeira is a mix of Brazilian martial arts, dance and acrobatics. While two players enter the circle to play, others gather around the “ring” singing and playing instruments. In 2014 capoeira was included in UNESCO’s list of Intangible Cultural Heritage of Humanity.

Capoeira | © Silvia Nikolova/Flickr
Give us feedback